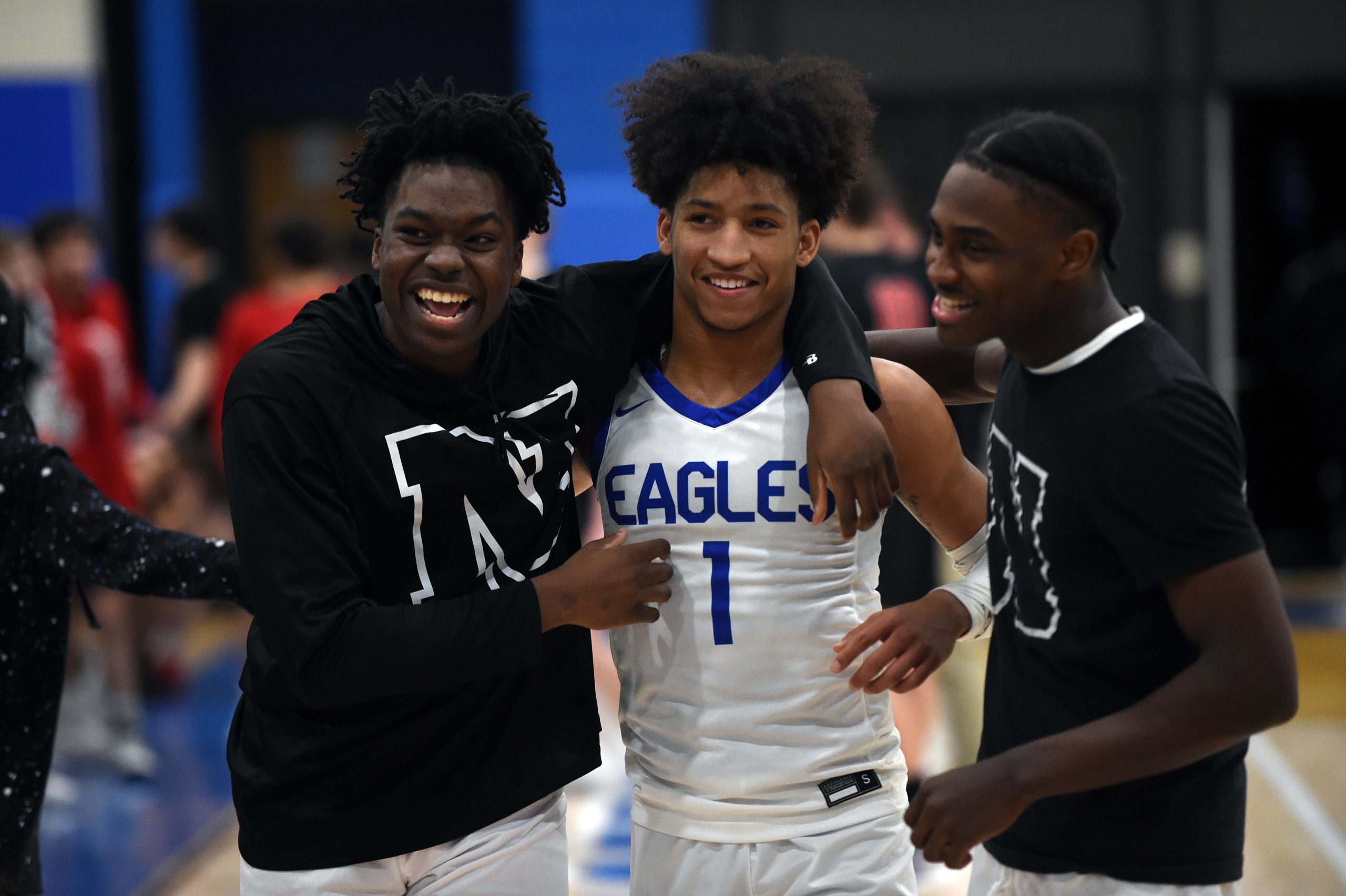 WEST NORRITON >> Norristown senior John DiNolfi said the sight is a familiar one: Classmate Zaki Gomez with the ball in his hands and the game on the line.

“We work on that everyday,” DiNolfi said. “We know Za is our go-to shooter when we need him.”

The Eagles called upon Gomez on Friday night in a tie game against Boyertown. Just like he does in practice, the senior delivered.

Gomez, who scored 25 points in the game, got a pass on the left wing and sunk a 3-pointer with 0.4 seconds left to deliver Norristown a 45-42 Pioneer Athletic Conference Liberty Division win over the Bears.

On the flipside was more of a nightmare scenario for a Boyertown team who lost on a half-court shot to Perkiomen Valley just three days prior.

“Obviously two really tough losses,” Bears coach Travis Miller said. “It’s not so much Xs and Os. It’s picking up their emotions. It’s trying to get them to comeback. I thought we battled last night (in a win against Upper Merion) coming back from the PV loss, and this is a tough one.”

The Eagles held an early 20-10 lead in the second quarter before the Bears climbed within three, 24-21, at halftime.

A 9-0 run at the end of the third quarter put Boyertown in front, 38-32, but a three by DiNolfi late in the period gave Norristown a jolt heading to the fourth, where the game stayed tight down the stretch.

“We had to pick our energy up, and we had to focus on getting stops on defense,” DiNolfi said. “We came out, and we pressured the ball more. D.J. (Johnson) played incredibly, and then Zaki hit big shots.”

With his team down two in the final minutes, Eagles senior guard D.J. Johnson swiped the ball to start the fastbreak and send DiNolfi to the line. The big man knocked down both free throws to tie the score 42-42 with 45.7 seconds left.

The Bears got a really good look on the ensuing possession, but Zach Ward’s drive to the hoop just rolled off the rim, and Norristown got the ball with about 22 seconds left.

Johnson dribbled at the top of the key until there were about 10 seconds to go. He got into the lane to collapse the Bears’ 2-3 zone before kicking out to Gomez on the left wing for the three.

It was the only field goal made for the Eagles in the fourth quarter.

“My point guard D.J. Johnson, he got us through it,” Gomez said. “He’s a leader out there. I just believed in him and he got me the ball. The shot did feel good, so I was confident in that and it went down.”

The Bears bounced back from Tuesday’s 43-40 loss to Perkiomen Valley with a 46-45 win over Upper Merion on Thursday.

After another barnburner on Friday night, Miller hopes his team can once again regroup from the emotional letdown against Owen J. Roberts on Monday as they begin to go through the Liberty Division for the second time.

The Eagles’ 2020-21 season was cancelled due to COVID-19 regulations within the district, but Norristown has returned to the place it’s been every year since joining the league — right in the mix of the PAC playoff picture.

Highlights: Aided by timely free-throw shooting and tight defense, the Eagles overtook the Bears for victory in their PAC Liberty Division contest.