Conestoga’s Abby Klebe repeats as player of the year 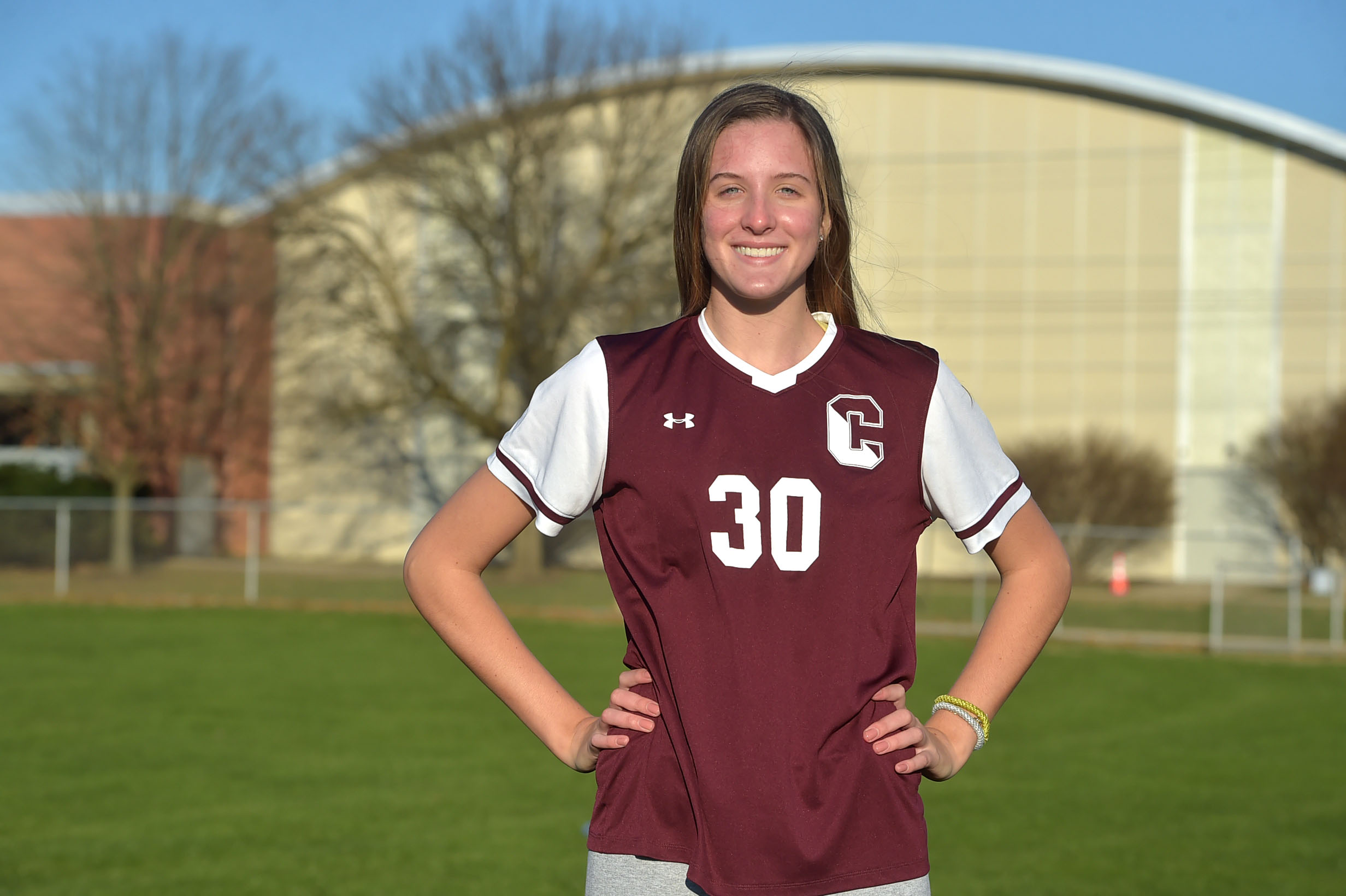 In the illustrious history of Conestoga girls soccer, a number of top-class goal scorers have come through the gates of Teamer Field. Jill Hutchinson, Carly Niness and Caitlin Donovan have been among those who have terrorized opposing defenses wearing a Pioneers’ jersey.

The latest to etch her name on the elite list is Abby Klebe. The senior had another stellar season in leading Conestoga to a PIAA Class 4A semifinal berth. For her prowess, Klebe reached the rare air by repeating as Daily Local News Girls Soccer All-Area Player of the Year.

“It’s really an honor to win it once,” said Klebe. “To win it twice is kind of surreal.”

Klebe is well aware of the historical impact Conestoga has had on the local girls soccer scene.

“I had an older sister who played, so I was aware of the 2007-08 teams,” she said. “I was in awe of Caitlin Donovan. She was such a beast. I paid attention to her because I wanted to get to her level.”

As with most local athletes, Klebe and her teammates were just relieved to have a full season after 2020 was cut short due to the COVID-19 pandemic.

“We played only 12 games last season, so we were happy to have a full season,” she said. “We had more time to jell as a team and to get to know each other.”

She notched 17 goals on the season, including the lone goal in the PIAA 4A semifinal against Downingtown East that put the Pioneers in the final against Moon. Though the Pioneers lost, 2-0, making it to the final after heavy graduation losses and the shortened season was a major source of pride.

“Abby meant a ton to this team and last year’s team,” said coach Ben Wilson. “Knowing you have someone in the squad who is generally good for at least a goal a game really gives the team and the coaching staff a lot of confidence heading into each match.”

Klebe stated that her main source of improvement during the year was her patience with the ball at her feet. That manifested itself in the goal against Downingtown East. She took in a pass at the top of the penalty arean and instead of shooting right away, she took an extra dribble, which gave her a sliver of space that she used to bury a shot into the back of the net. Not surprisingly, it was Klebe’s favorite of the season.

“It was an amazing feeling,” she said. “Knowing that goal put us in the state final, it was amazing.
“I worked on the ability to remain calm with the ball at my feet and place it where I want to without panicking.”

Klebe is unsure of her college plans, but it may include concentrating on track more than soccer. If she has graced our presence in an official team uniform in a soccer field for the last time, it was a thrilling and memorable swan song.

“She is an athlete through and through — fast, strong, and a gamer — and those are the players that you can rely upon most in big matches like our state matches against Pennridge and Downingtown East,” said Wilson. “Also, I think even Abby would admit that this season wasn’t as easy as the last in that teams knew about her. Last year, having just come up from JV to replace Caitlin Donovan (La Salle) and Mac Coleman (Villanova), I think teams thought we would finally be down and struggle to score, and instead we pull up a player out of no where to score 12 in 12 during the shortened 2020 season and fire us to another final this year. This year she really proved what a great player she is because she was the target of every defense and still put up impressive numbers.”

A YEAR TO REMEMBER: A look back at 2021 in the Reporter/Times Herald/Montgomery Area
Daily Local News Girls Soccer All-Area teams and Coach of the Year