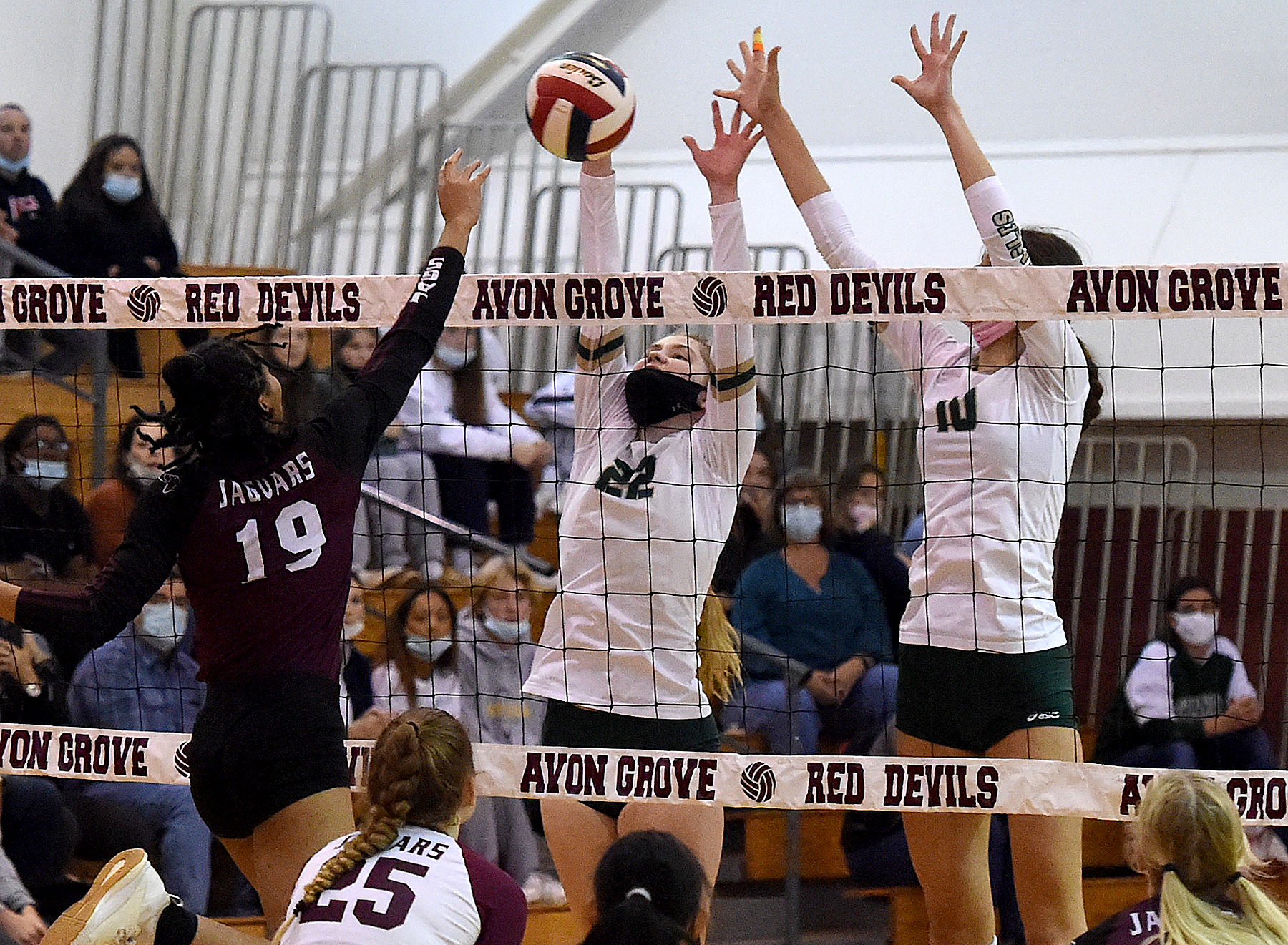 Girls Volleyball Coach of the Year – Greg Ashman, Bishop Shanahan
Greg Ashman, the Daily Local News 2021 Girls Volleyball Coach of the Year, has compiled an impressive record since taking over at the Eagles helm in 2004, with 13 Ches-Mont League titles (15 Ches-Mont National Division titles), nine District 1 championships, a PIAA state championship in 2009 and a 362-54 won-loss record.
This past fall, the Eagles flew further than any other Ches-Mont team, advancing to the PIAA 4A state semifinals after capturing the Ches-Mont and District 1 4A titles.
What made the 2021 fall season unique for Shanahan was that the Eagles were not considered a pre-season favorite.
“No one expected us to win the Ches-Mont or District 1 titles this year, so we played loose, we were the underdog, we played relaxed, and kept the pressure on our opponents” said Ashman. “We made the most of our losses and used them as learning opportunities for our players. We celebrated our victories and used them as motivation in our big matches, to remember that feeling.
“It was a season in which our players’ [different] personalities really came together – It took a while for the team to buy into the ‘Shanahan way.’ We got great leadership from our returning varsity players – Maddie Rudolph, Coco Shultz, Laura Brozey and some much needed support from Julia Pagnotto, Delaney Dwyer, Amelia Devlin and Ali Monaco. Once we got the buy in, the sky was the limit.”
Outside of Shanahan, Ashman is a coach of the Sparks Volleyball Club 15 Elite team, and is in his fourth year as an assistant coach of the Immaculata University men’s volleyball team.
– Bruce Adams