Plymouth Whitemarsh has everything working in win over Hatboro-Horsham 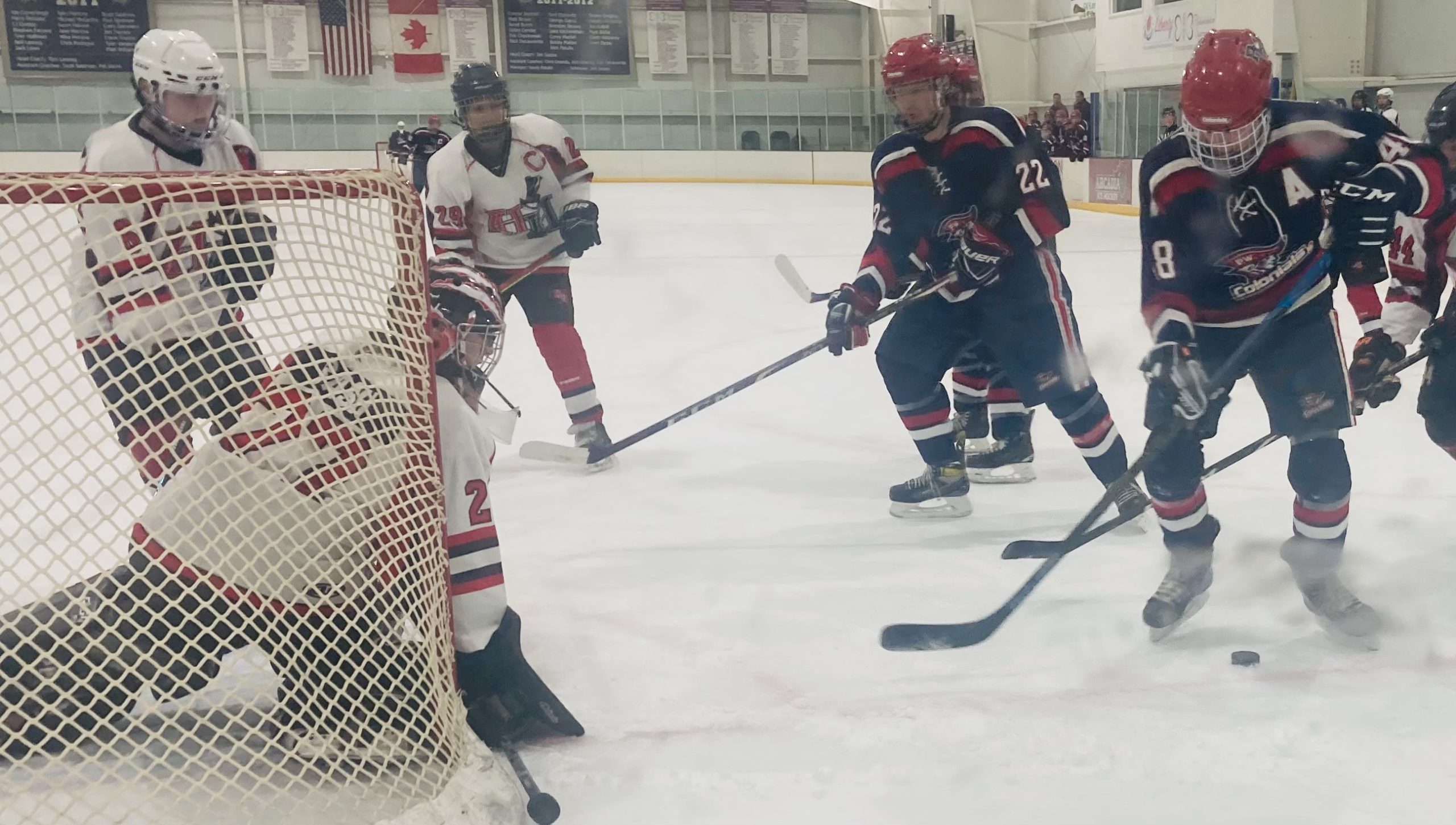 It was one of those nights in which everything was clicking for Plymouth Whitemarsh, including the scoreboard, as the Colonials put together a sparkling 10-0 victory over American Conference rival Hatboro-Horsham at Hatfield Ice Thursday evening.

The goals came in bunches for the Colonials, including three by Smith.

“It’s an honor to get a hat trick tonight,” he said. “It’s my first one on varsity so it’s a nice accomplishment. I got a lot of great chances from my teammates, nice passes.

“I feel we had a great all-around game. (Maslij) had a shutout and the offense and defense were really good, kept our feet moving. We faced two really good teams in the beginning of the season (Souderton, CB West) from the division above us, got wins against them. Now we’re moving into league games, starting off 2-0. It’s a strong start so we’re looking to keep moving forward.”

Dylan Novitski and Aidan Keogh notched first-period goals for the Colonials to get them on their way.

The second period is where PW broke things open.

Smith scored all three of his goals in the period, and one goal each by Charlie Spause, Isaac Mishkin, Timothy Murphy and Conlan Carpenter made it 9-0 at the end of the second.

Keogh scored his second with about 13 minutes left, ending the game due to the mercy rule.

Hatboro-Horsham huddles after its contest with Plymouth-Whitemarsh on Thursday, Dec. 9, 2021. Kev Hunter, MediaNews.

“We had a few games that were really close on the scoreboard and on the ice and it felt good to get some of our guys going,” Colonials coach Josh Aiello said. “They’ve been working hard at practice and at training camp even before the season started, so it was good to get some positive momentum going. We got some scoring contributions from offense and defense, had a shorthanded goal, so it was great to get contributions at even strength and on special teams.

“I thought Hatboro-Horsham played a strong first period. And then I think our guys got going in the second period. We were able to put seven in and that closed the game out. It was one of those nights we were able to find the puck and get contributions all the way up and down. I got a give shout out to (Maslij), getting his first shutout. All of our players did well.”

Maslij stopped all nine shots he faced. Mason Rash made 24 saves for the Hatters.

“I like how we’re playing in the second and third period,” Aiello said. “I think our first period – we need to come out with more energy. It just takes us a little bit too long to get going. But if we can play the way we play in the second and third periods all game long, I think we’ll be a good team the rest of the season and hopefully the playoffs.”