Girls Basketball Preview: For Doogans, a year they want to savor at O’Hara 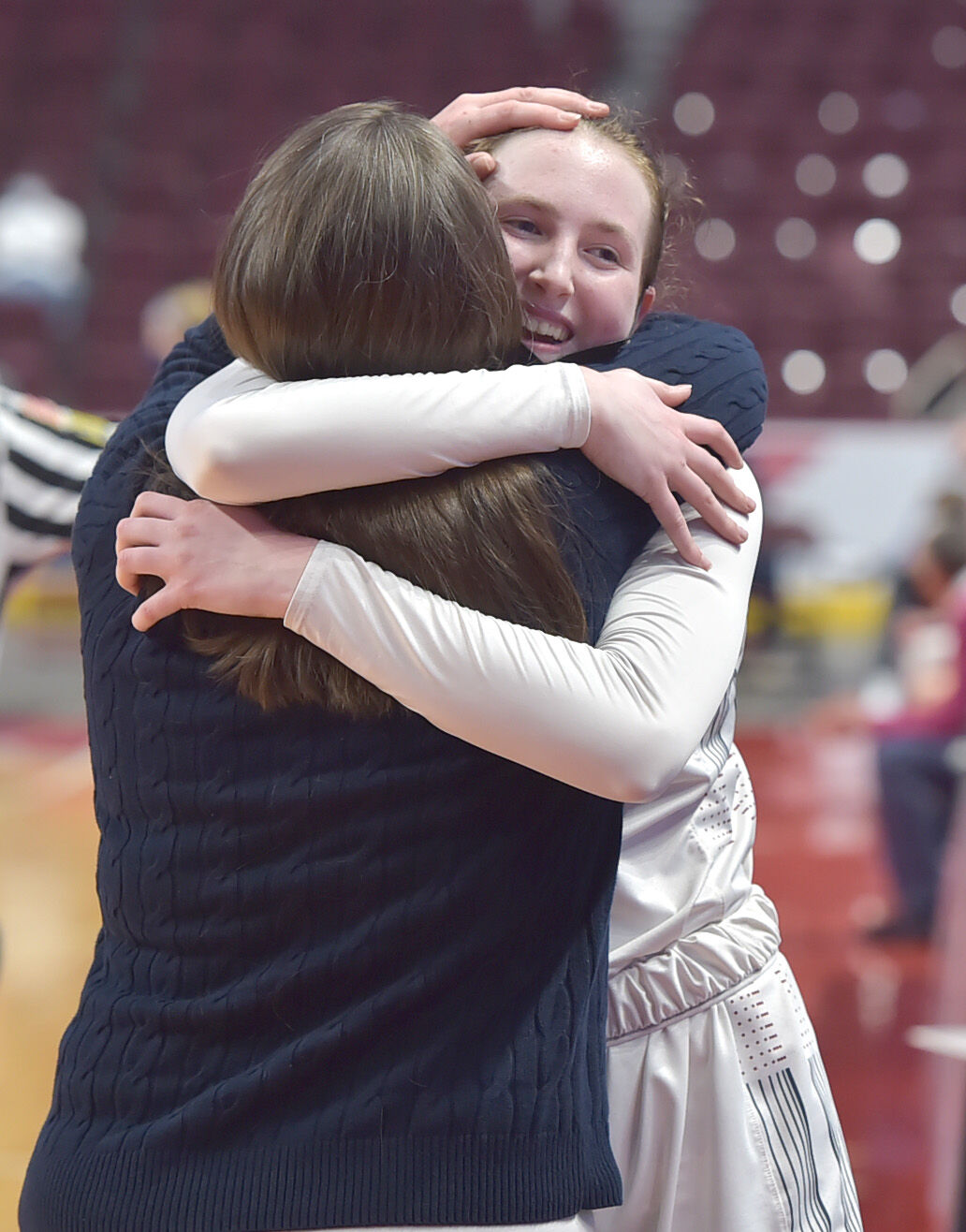 Maggie is the reigning All-Delco girls basketball Player of the Year about to enter her final season at Cardinal O’Hara High. Chrissie, her mother and the Lions’ head coach, was the Player of the Year in 1993. Together for the last three years, they have enjoyed the most recent burst of success of a program that has trafficked in great players and better teams since the late 1960s.

Beginning Saturday afternoon at the She’s Got Game Tournament in Washington, with a first-round game against St. Mary’s of Stockton, Calif., the final go-around at O’Hara for the two program greats will be on.

Together, they will try to take it all in, the games, the challenges, the victories, perhaps some disappointments and, typically, the recoveries.

That’s what happened last season when the Lions fell in the Catholic League playoffs to Archbishop Wood, only to rebound and win the Class 5A program’s first PIAA championship.

Chrissie, who as Chrissie Donahue helped power O’Hara to a 28-0 record as a senior at a time when the Catholic League was not in the PIAA, was thrilled that her daughter did help achieve that program-first title last spring.

At O’Hara, they expect nothing less than girls basketball excellence, a message Chrissie has stressed since becoming the coach in 2018.

“We do, yes,” she said. “We do try to pride ourselves in knowing that when you put on that O’Hara uniform, it means something.”

That message came through to Maggie for a lifetime, and it was a challenge she gladly accepted. It wouldn’t be easy to work into any comparison to her mother’s career, but she did average 14 points as a junior, when she was first-team All-State and All-Catholic.

“I think we were a little different,” said Maggie, who has seen college films of her mother, who scored 1,818 points at La Salle. “I think she was a little bigger presence down on the post than I am. But I think I can step out a little more than she could.”

Often unstoppable underneath during her O’Hara career, Chrissie has enjoyed seeing the more varied skill set of her daughter.

“As a freshman, she was just a long, lanky kid who loved basketball, and we didn’t know what kind of player she’d end up being,” the Lions’ coach said. “And she’s really developed. She fell in love with the game and spends a lot of time watching film and a lot of time shooting before and after practice. And she has developed into a really good player.

O’Hara girls basketball has given fans plenty to enjoy, and while it might be useless to compare eras, there is one fact: Chrissie and Maggie each were able to play on two of the program’s best teams.

“We don’t talk trash too much,” Chrissie said, laughing. “Thankfully, she will be able to say she has the first state championship in school history, which is nice. We’ll have to get her a Catholic League championship so she’ll be really able to brag.”

The Lions lost four seniors, two starters and their sixth and seventh players from the 2021 state championship team. But Chrissie is enthused about a senior class of All-Delco Sydni Scott, third-team All-Delco Annie Welde, Sydni Scott and Kristen Kutufaris.

“It’s just not Maggie, this whole senior class is a special group for me,” Chrissie said. “I have watched them all play since fifth grade, growing up in the AAU circuit and the CYO circuit. So it’s a special group that want to finish on a high note.”

Honorable-mention All-Delco Bridget Dawson has transferred to O’Hara from Penncrest and Molly Rullo, the daughter of Neumann University head coach Jim Rullo, is said to be ready to contribute as a freshman. Chrissie is also enthused about a sophomore class that includes, among others, Greta Miller, Carly Coleman and Joanie Quinn, the daughter of her former O’Hara teammate, Joanie (Gallagher) Quinn.

So the generations of O’Hara players keep arriving. But, as the Doogans understand, it all goes fast.

“I am optimistic, because I think we have a great group coming back,” Maggie said. “A lot of lower classmen have been stepping up at practice. So that’s really exciting.

“But just playing for my mom last year is really important for me. She’s one of my biggest fans. So just being able for us to share this season is going to be special.”

After the season, Maggie will head to the University of Richmond, while Chrissie will have good reason to keep coaching the Lions and protecting that O’Hara brand.

“I have a sixth grader, Katie,” the coach said. “So, God willing, I will be here to coach her, too.”