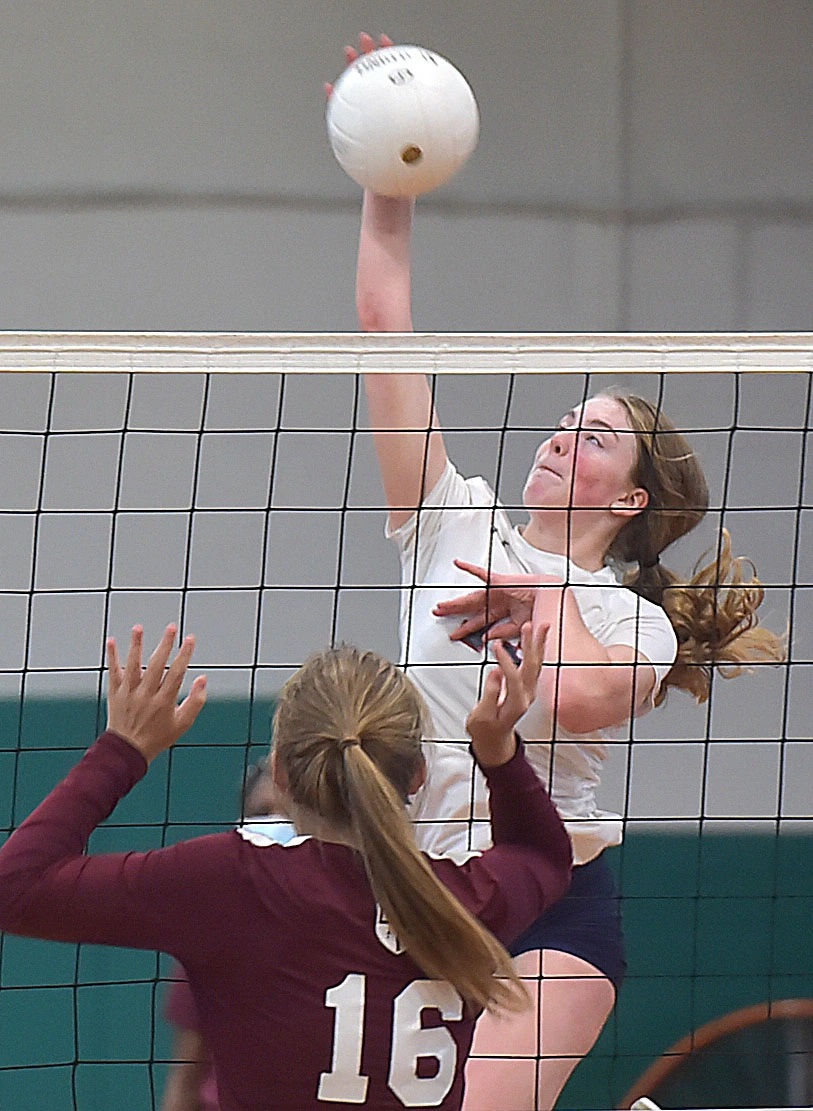 In addition to Player of the Year Maddie Wood from Garnet Valley, the All-Delco team includes:

Bridget McGuinn, Cardinal O’Hara >> A senior outside hitter and two-time All-Delco, McGuinn was the driving force behind O’Hara’s drive to its first Catholic League title since 2009 and its fourth straight District 12 Class 3A title and 11th in the last 14 years.  She recorded 257 kills, 208 digs and 62 aces to earn league MVP honors as the Lions rolled through the league losing just one set. A three-time All-Catholic, All-State and All-District 12 selection, McGuinn closed out her career third in kills (672) and second in aces (199) and had two single-game records for kills with 26. She is going to La Salle and will compete in crew.

Emily McKenna, Sacred Heart >> When the Lions needed a point, McKenna was the player they looked to in the clutch. The 5-9 junior outside hitter pounded a team-high 261 kills, was second on the team in digs (246) and first in serve percentage to lead Sacred Heart to its fifth straight District 1 Class A title and a berth in the PIAA Class A championship game where the Lions fell to Clarion Area. Along the way she was named first-team All-AACA, first team All-District 1 and first-team Class A all-state by the Pennsylvania Volleyball Coaches Association.

Margo Kemp, Notre Dame >> The 6-4 junior middle blocker is following in the footsteps of former Notre Dame great Riley Shaak, the 2019 Daily Times Player of the year. She was a force in the middle to help the Irish capture their eighth straight PAISSA title. She averaged 13 kills and six blocks in her final six matches. She recorded 16 kills in Notre Dame’s win over Agnes Irwin in the PAISAA final. Kemp, a first-team All-Inter-Ac league selection, has verbally committed to play volleyball at Xavier.

Jenna Jones, Sun Valley >> Listed as the setter, Jones did it all for the Vanguards, who began the season 12-0 and reached the second round of the District 1 Class 4A tournament. The sophomore set up her teammates to the tune of 325 assists. She also contributed to the attack with 177 kills and was strong on the defensive end with 177 digs. She earned first-team All-Ches-Mont American Division honors and honorable mention All-District 1 Class 4A. She is the third member of her family to earn All-Delco recognition, joining older sisters Gianna (2010) and Chelsea (2014).

Kelly St. Germain, Garnet Valley >> Wood had a number of hitters from which to choose and St. Germain was at the top of the list. The junior right side was one of the most consistent hitters for the Jaguars. She had 198 kills and a .278 hitting percentage to lead the Garnet Valley to its fourth straight Central League title, a fifth-place finish in the District 1 Class 4A tournament and a berth in the PIAA quarterfinals for the third time in the last six years. St. Germain also had 12 blocks and was named to the All-Central League first team and All-District 1 Class 4A second team.

Maggie Doogan, Cardinal O’Hara >> Doogan was a force in the middle for the Lions, just as she was when she led O’Hara to the PIAA Class 5A girls basketball title last spring and earned Player of the Year honors from the Daily Times. The 6-2 senior middle blocker recorded 189 kills and had a .424 hitting percentage. She also had 45.5 blocks to lead the Lions to their first Catholic League title in 12 years. Doogan was a two-time first-team All-Catholic and All-District 12 Class 3A selection and closed out her career third in hitting percentage with a .427 on 377 swings. She will play basketball at Richmond.