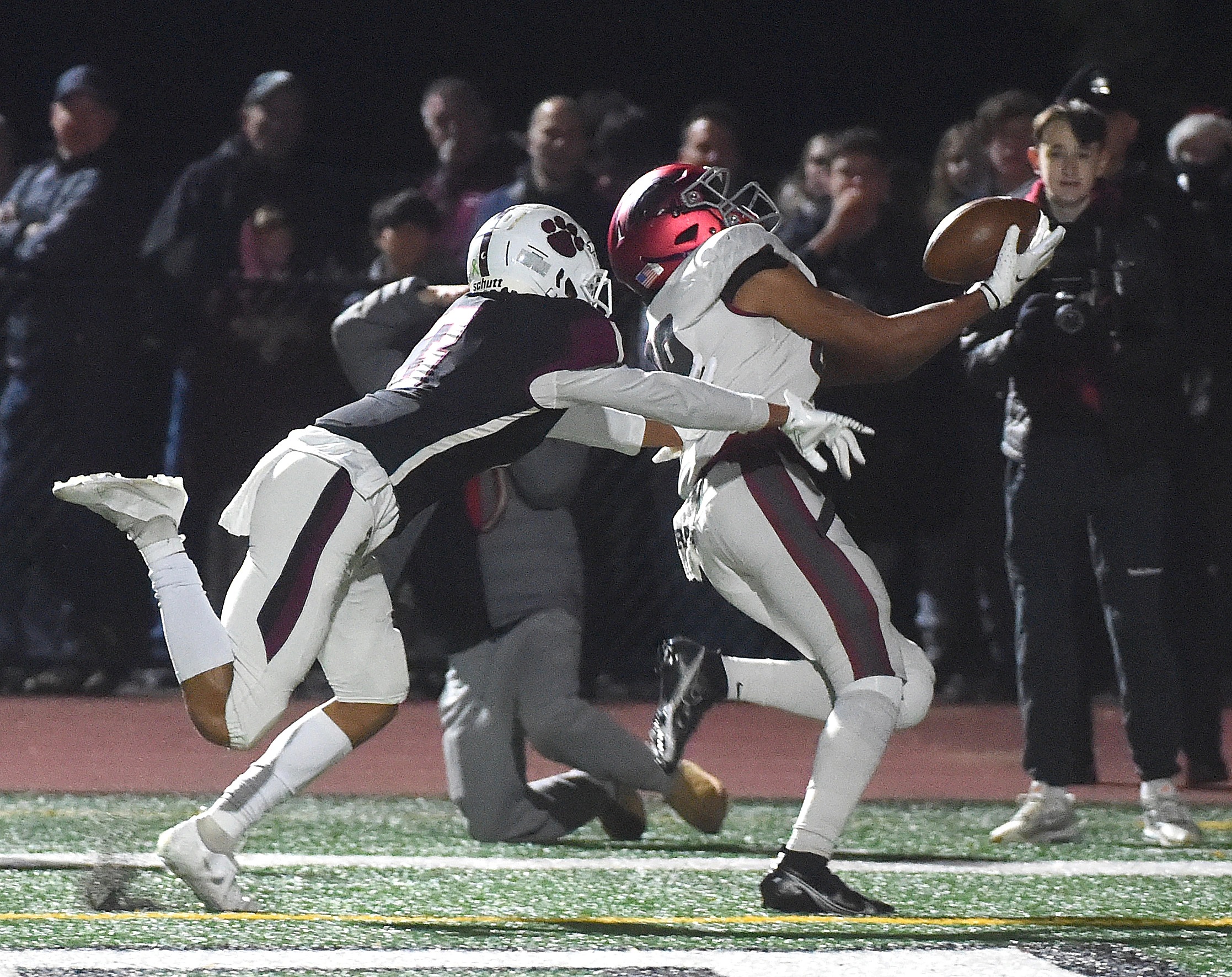 RIDLEY TWP. — Joe Halloran wished Ridley High’s Phil Marion Field wouldn’t be the place where his football career ended. He was optimistic about the Jaguars’ chance of winning Saturday and moving on to play for a state championship next week in Hershey.

When it was over Saturday night, however, Halloran, the Jaguars’ outstanding senior linebacker, could appreciate the irony. Ridley is where his parents are teachers. His mom, Brenda, was a standout lacrosse player for the high school back in the day.

“I guess it’s fitting that I end my football career here where she started her lacrosse career,” Halloran said. “Years ago while playing for the Bert Bell youth league, we won a championship on this field for BYC. It all sort of fits, I guess.”

It will make an interesting trivia question one day at family reunions. Halloran is a lacrosse player, too, planning to play the sport in the spring of 2023 at Salisbury University in Maryland.

Halloran certainly made a lifetime of memories in his final football season. He was a fixture on a Jaguars team that captured the program’s first District 1 championship since 2008. But on Saturday night, against the great St. Joe’s Prep, the Jaguars suffered a 49-13 defeat in the semifinal round of the PIAA Class 6A tournament. For Halloran and the rest of GV’s amazing senior class, the loss was their first in more than two years.

“It was pretty emotional coming out tonight, to be honest,” Halloran said. “Just walking out to the field and seeing the standing ovation … and knowing this could be the last time I play football. I had a lot of feelings and it’s tough because you’re trying to get ready for a game, but you always want to take it in and enjoy the moment.”

Halloran, who had two catches for 10 yards and surpassed 100 tackles on the season Saturday, can’t say enough good things about being a part of retiring coach Mike Ricci’s program these last four years.

“We’re all so grateful that he is our coach,” he said. “We’re so proud of everything that we’ve done this season. We weren’t really playing for ourselves, we were playing for him. He’s been here for 30-something years and he’s had such an impact on our community. So we do everything that we can to give back to him.”

The Jaguars (14-1) simply couldn’t keep up with the size and quickness of the Hawks, who are 21-1 all-time in PIAA playoff games and will look to win their seventh state championship since 2013 against Mt. Lebanon of District 7. Sophomore sensation Semaj Jones, Prep’s dual threat quarterback, completed 8 of 12 passing attempts for 151 yards and three touchdowns. He also rushed for three scores and amassed a game-high 73 yards on the ground.

“It was an uphill climb right from the very beginning,” Ricci said. “Athletically, they overwhelmed us a little bit. We couldn’t do some of the things that we’ve been able to do against other teams. We had some turnovers that hurt us, and then they’re so explosive. … You know, the better team won today.”

Garnet Valley quarterback Max Busenkell looks for running room in the first half as the Jaguars fell to Saint Joe’s Prep 49-13 in the PIAA 6A semifinals held at neutral Ridley High School. It was the Jags first loss since 2019 and marks coach Mike Ricci’s final game. (PETE BANNAN – DAILY TIMES)

GV trailed 7-0 after the first quarter, but turnovers doomed them in the second period. Max Busenkell, who had completed better than 70 percent of his passing attempts this year, doubled his interception total for the season (two) in the second quarter. This led to short field opportunities for the Hawks, a dangerous situation for the Jags’ defense to be in. It was 21-0 with 6:49 to play in the first half. GV finally answered when Busenkell and wide receiver Ndozi Okolo connected for a 37-yard touchdown pass to trim the deficit to 21-7.

Alas, the Hawks’ quick-strike ability was too much for the Jags to overcome. A 37-yard catch by David Washington set up a Jones scoring run to extend Prep’s lead back to three TDs. Following a GV punt, Jones aired the ball out to Brandon Rehmann, who hauled in a 30-yard TD catch with 1:55 left before halftime.

As the Jags went into the locker room, the writing was on the wall.

Despite murmurs that Prep wasn’t quite as dominant as it had been in years past, it was clear that not even Southeastern Pennsylvania’s best public school team could keep pace with a program drawing from the tri-state area.

“They’re really fast and physical,” said senior GV running back Shane Reynolds, who was limited to 51 yards on 11 carries. “You think you see a hole and then all of the sudden you’re hit from the side and you’re on the ground with three guys on top of you. Everybody played their (butts) off. Nobody left anything on that field tonight. I think after a few days we’re going to look back at this as a good experience for everyone on the team.”