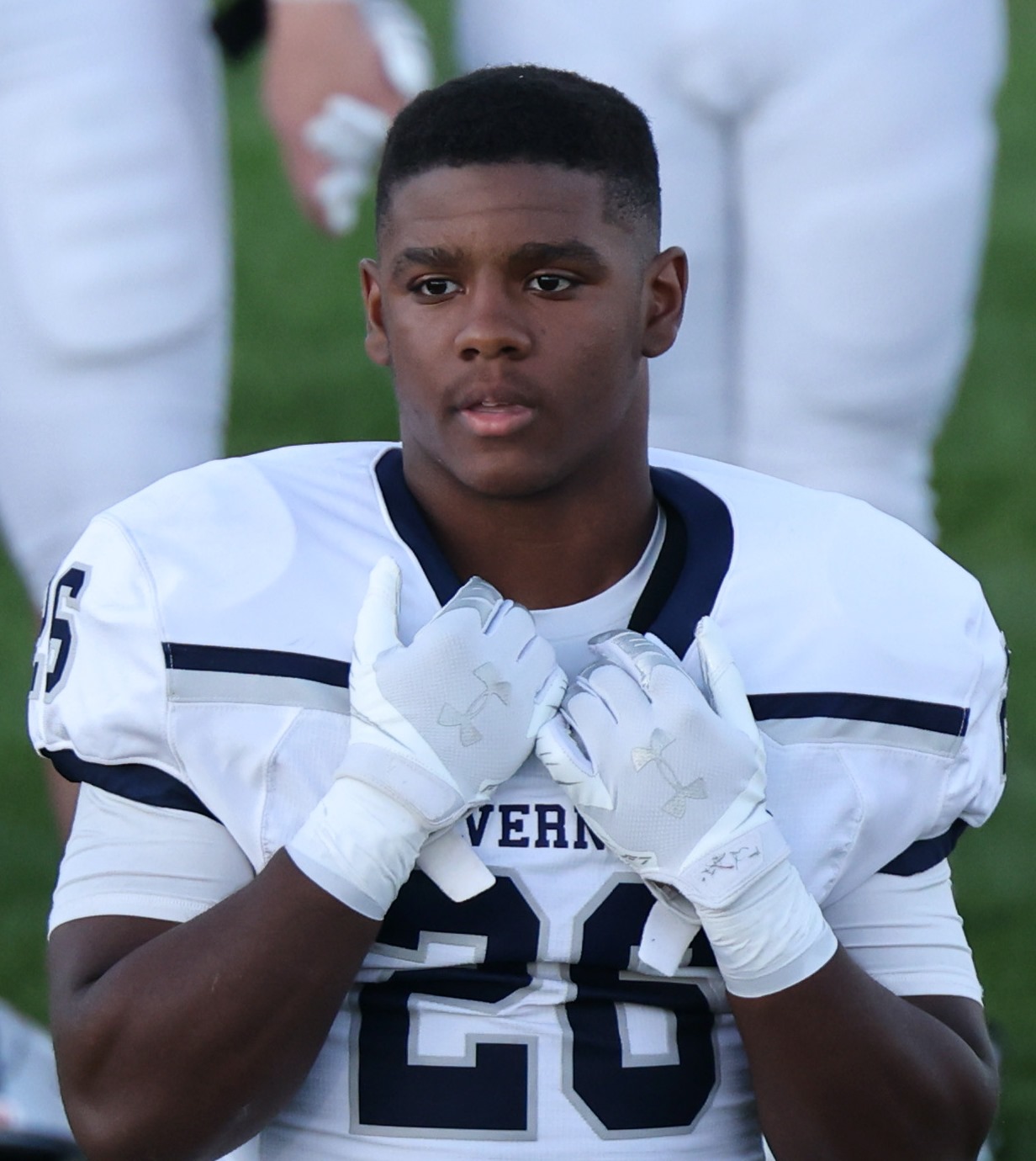 The senior running back/defensive back was a key factor in the Friars capturing the Inter-Ac football championship, running for 1,100 yards and 13 touchdowns on 207 carries. In the final game of his high school career, Wright carried 48 times for 244 yards and scored both touchdowns in Malvern’s 14-0 victory against Springside Chestnut Hill. He also wrestles for Malvern Prep. His father, Tracey Wright Sr., is a member of the Kutztown University Athletic Hall of Fame as a football player, and has held the school record for sacks in a game and career.

Q: What was your favorite moment of this football season?

A: I would say when I was able to come back and play against EA. When I was warming up I told my corner coach, Coach Coles, that I don’t think I’m going to be able to play the whole game. When I was playing the game I could feel my knee but then the pain started to go away and I felt better and better throughout the game. That game was also memorable because we took back the Inter-Ac trophy. It was a very emotional game throughout all four quarters and when that scoreboard finally hit triple zeroes, we were so happy.

Q: In the season finale against Springside Chestnut Hill, which of your carries was most memorable to you – tell us a little about the play, and your role in it.

A: While all my 48 carries were memorable to be honest – it was the last game so I tried to cherish all of them as best as I could – the most memorable would probably be the last touchdown I scored. The play was designed to go up the middle behind our linemen. I didn’t see any holes opening and I bounced it outside. I was met after about three yards by a Springside player, and I had to fight to get in the end zone. Now looking back at it, that play tied a nice bow around my season. It showed how I was able to fight all year, like I fought through my knee pain and how we fought continuously through the Inter-Ac to get the title back.

Q: Who is your favorite running back? Is there a player whose game you try to pattern your own after?

A: I don’t really have a favorite running back in particular; however, I love watching Saquon Barkley and Christian McCaffrey run the ball. I think the biggest thing that I take from them would be their vision and their elusiveness. I also love watching Le’Veon Bell when he was with the Steelers. I always watch him be so patient behind the line then burst through it and rack up yards.

Q: Who have been your top football mentors, and what has been the most important thing each of them taught you?

A: My No. 1 mentor would have to be my dad, who taught me everything I know when it comes to football from my work ethic to how I run the ball. Next would be my older brother, Tracey Wright Jr. – he taught me how to catch a fast-thrown football. I remember times going out to our yard and he used to throw bullets at me. I used to move my body out the way and try to catch it. By the time I was 9 I was able to catch all of his bullets.

Q: You wear No. 26 for the Malvern Prep football team. Is there a particular reason you picked that number?

A: When I was first moved up to varsity I wanted No. 2. I loved No. 2 growing up and I really wanted it my sophomore year. But one of my teammates, Tyler Tinson, already had it. So the next number that I liked was 26. March 26 is also my birthday so it worked out perfectly.

— What is your favorite course at Malvern Prep? What do you think you’d like to major in at college? Is there a career path that currently interests you?

My favorite course at Malvern this year would probably be Modern Medicine. I enjoy the class and I would definitely pursue it in college. The career that I want to pursue would be either an Orthopedic doctor or an Endocrinologist. The reason I say endocrinologist is because I have type one diabetes and I think it would be great if I could help other athletes that have diabetes live a healthy life and manage both sports and their medical condition.

Favorite book: The Other Wes Moore.

Person I most admire, and why: “My father because he does so much for our family and all he asks for is “a return on his investment.”