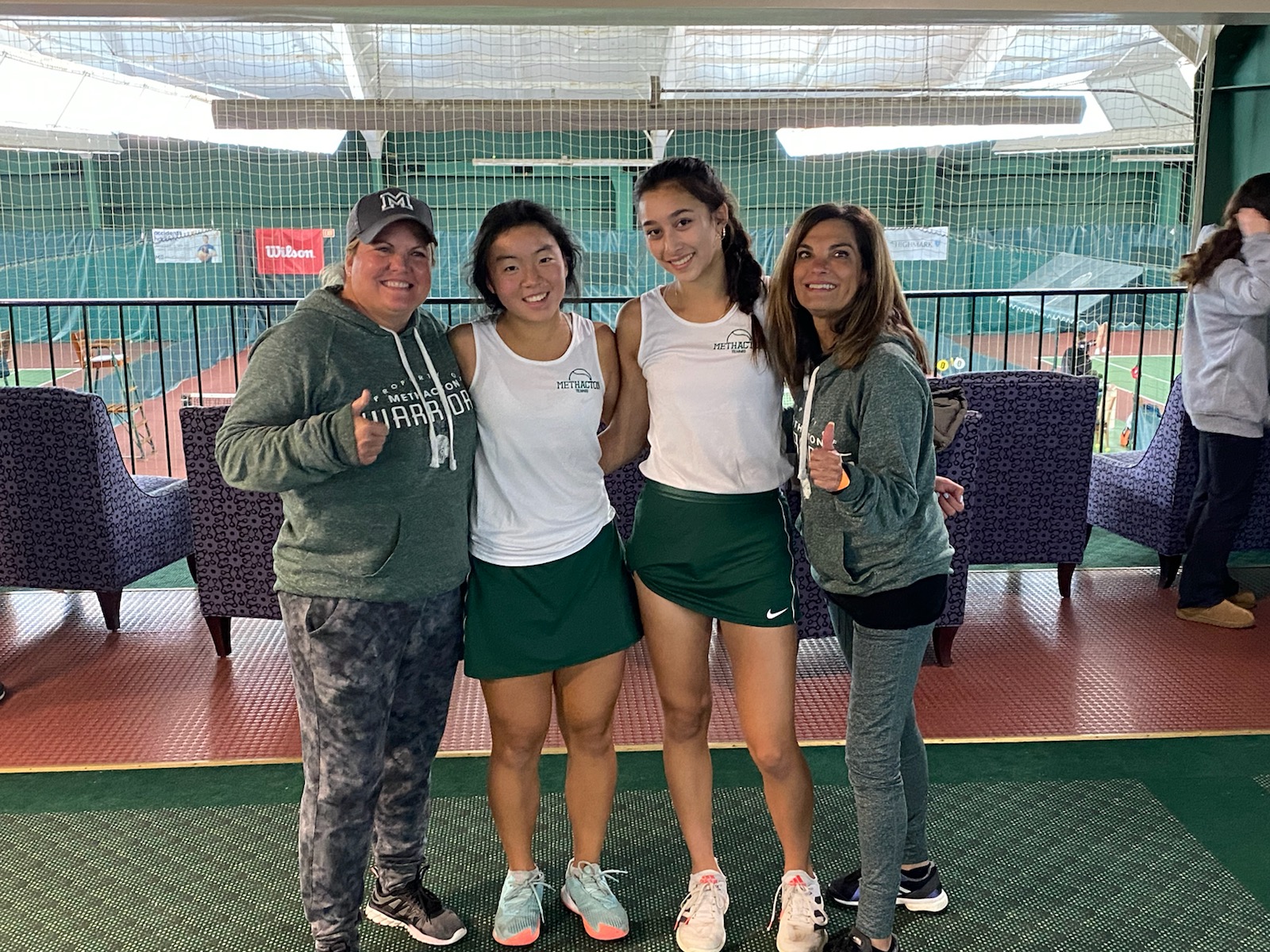 Girls tennis put up with quite an unusual season in 2020, including a shortened regular and postseason schedule.

In 2021 they were just glad to be back on the court with a normal schedule.

It turns out they took the court by storm with a season for the ages.

Lower Moreland won the District 1-2A team title and advanced to the PIAA semifinals led by the Kideckel sisters.

The Methacton duo of Alice Liang and Hana Nouaime were up to their old tricks winning the PIAA 3A doubles title.

However, all of that might pale into comparison with the season PIAA 3A singles champ Esha Velaga had for North Penn.

She highlights the first team after posting a record of 17-0, which included titles in the District 1-3A and PIAA 3A Singles Tournaments. She lost just one set in the dual match schedule to Pennsbury’s Noor Heiba.

“It was definitely fun,” said Velaga of the state title.

Methacton’s Alice Liang and Hana Nouaime return to the first team after winning the PIAA 3A doubles title.

Last season the dynamic duo advanced all the way to the finals, but heard murmurs they didn’t accomplish it against a true field.

“I knew one of these years they would get it,” Methacton coach Jill Walker said after the victory. “This was the year.”

Liang and Nouaime were also pretty good at singles, taking 3rd and 4th at the PAC Championships In fact Nouaime went unbeaten at No. 2 singles for the Warriors.

Joining them on the first team was Wissahickon senior Ella Chang, who went 17-7 on the season.

Next up is Souderton super soph Amanda Yang, who lost just two matches the entire season. She finished second in the SOL Colonial to Velaga and advanced to the District 1-3A quarterfinals before falling short to Unionville’s Grace Li.

Upper Dublin’s Jill Hackett was also a first-team selection, posting a record of 6-7 on the season and coming in second to Chang in the Liberty. Hackett qualified for the District 1-3A Tournament but lost to Liang. She led the Cardinals at No. 1 singles to a 7-6 record.

“The team played with heart each and every match,” Cards coach Lora Ball said. “The girls formed an incredible bond that I’m proud to say continued off the courts.”

The breakthrough player on the team though was Lower Moreland fresham Hannah Kideckel, who dominated at No. 1 singles for the Lions. She was a finalist in the District 1-2A Singles Tournament and teamed with sister Rebecca to also advance to the District 1-2A Doubles finals.