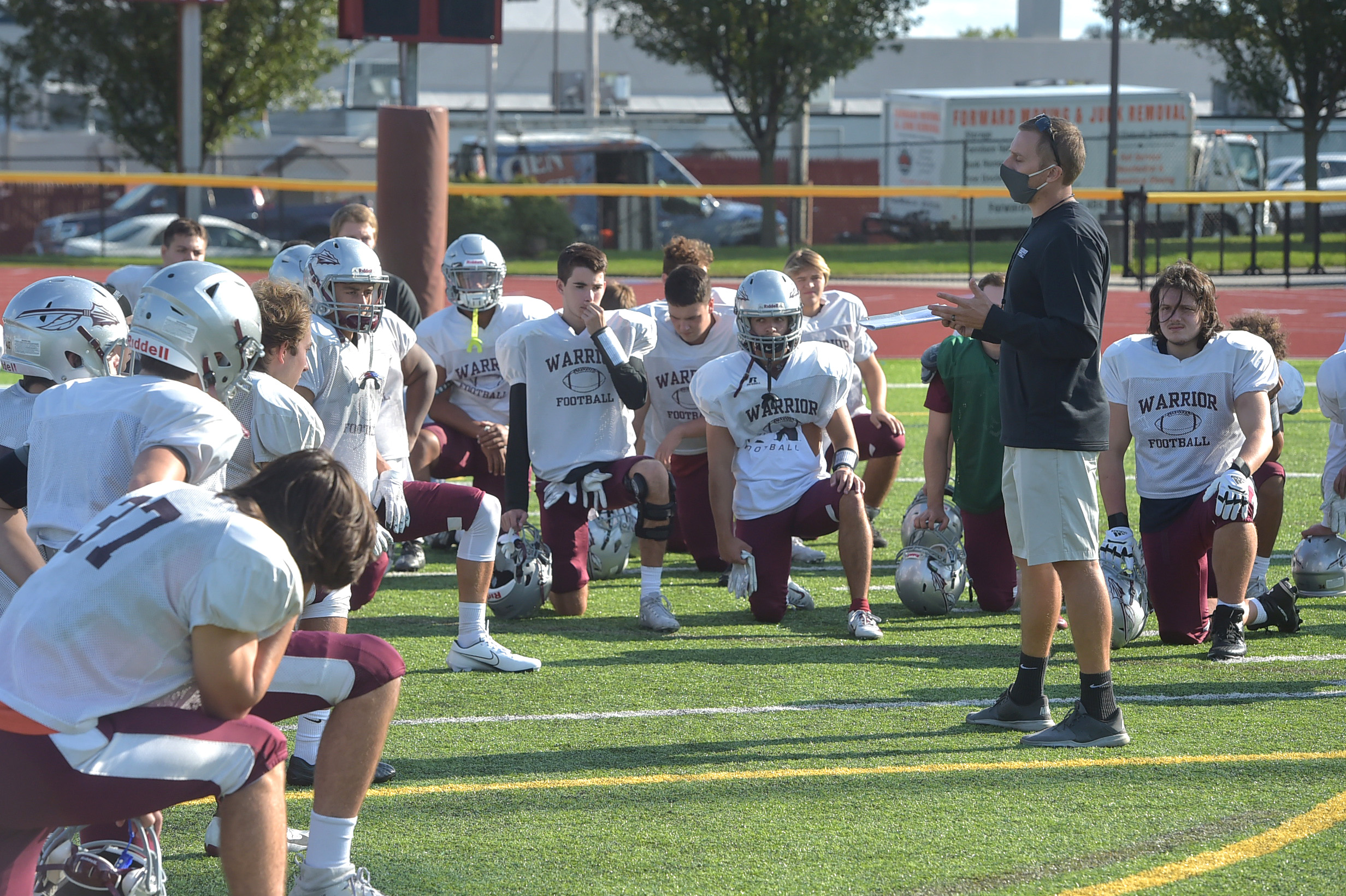 John Lunardi, the three year head coach for the Warriors, resigned his position on Thursday citing family considerations for his decision. Henderson finished 4-7 this fall and advanced to the first round of the District 1 5A playoffs before bowing out to Upper Dublin.

In a letter to the football parents, Lunardi explained his reasons for stepping down.

“My wife and I are expecting our third child and I will be unable to give both my family and the football program the attention and commitment they both deserve,” Lunardi said. “It would be unfair to the program and my family to continue as head coach.”

“John stepped in at a tough time when Stefan left and did a great job for us in his three years as head coach here,” Henderson Athletic Director Ken McCormick said. “He got the program pointed in the right direction and we will miss him.”