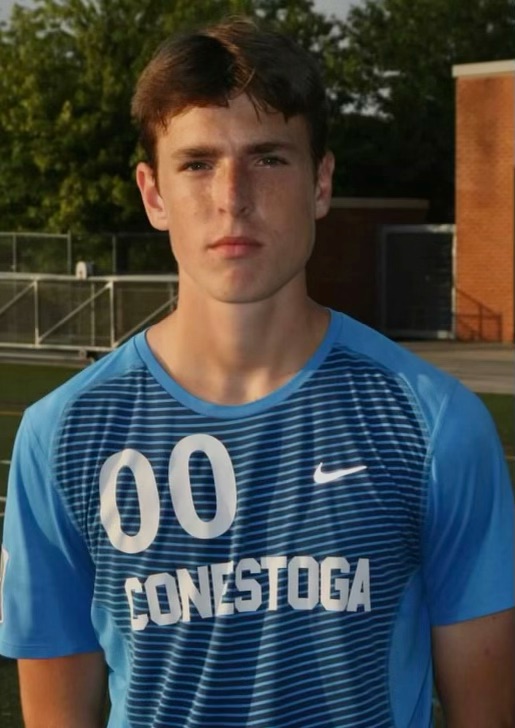 The senior goalie, a first team All-Central League boys’ soccer selection this fall, allowed zero goals in league play, just two goals in 19 contests (for a 0.105 goals-against-per-game average, the lowest GAA of any starting Conestoga keeper in the history of the school), and surrendered zero goals in eight district and state playoff games as the Pioneers captured the PIAA 4A state championship. For the season, he posted 17 shutouts. Off the pitch at Conestoga, Smith is a member of Stoga Footy, a club that focuses on bringing people together who like playing soccer, playing virtual soccer, and watching soccer, and SADD (Students Against Destructive Decisions).

Q: Have you always played goalie? What sparked your original interest in the goalie position? Who have been your biggest mentors as a goalie?

A: I’ve played goalie since I first started playing when I was 8 years old. My biggest influencers were definitely my two older brothers Luke and Will, who both played goalie for Conestoga as well. The most important thing they taught me regarding soccer is to be confident in my decisions and to always have fun.

A: The strongest aspect of my game is my ability to get the high balls (corners/free kicks) to prevent shots before they happen. I am working on getting down to low shots quicker.

Q: Is there one save that you made this season that stands out in your memory?

A: The one save that stands out to me was against Haverford private because it was our first game of the year and ended up being a tight 1-0 win which started our great season.

Q: What is your sharpest memory of the PIAA 4A state championship game?

A: When Jayce Tharnish scored the game winning goal.

Q: How did you see your team leadership role as a goalie?

A: I think it was really important for me to have good relationships on and off the field with my teammates.

A: I’ll eat a good meal around two hours before my game then when I get on the field I’ll have a long pass with one of my teammates and take shots from our shot takers.

A: Communication with my defense and the rest of my team is key for keeping us organized and not having any mixups.

A: I played at FC Delco from when I was around 8 years old until I reached high school, then when I got to high school I played for Lower Merion Soccer Club for two years. Since then, I have been at Lehigh Valley United. My most memorable moment in club soccer is when I found out that we were accepted into the National League, which starts in early December.

A: Business and/or Economics.

Person I most admire: Iker Casillas.