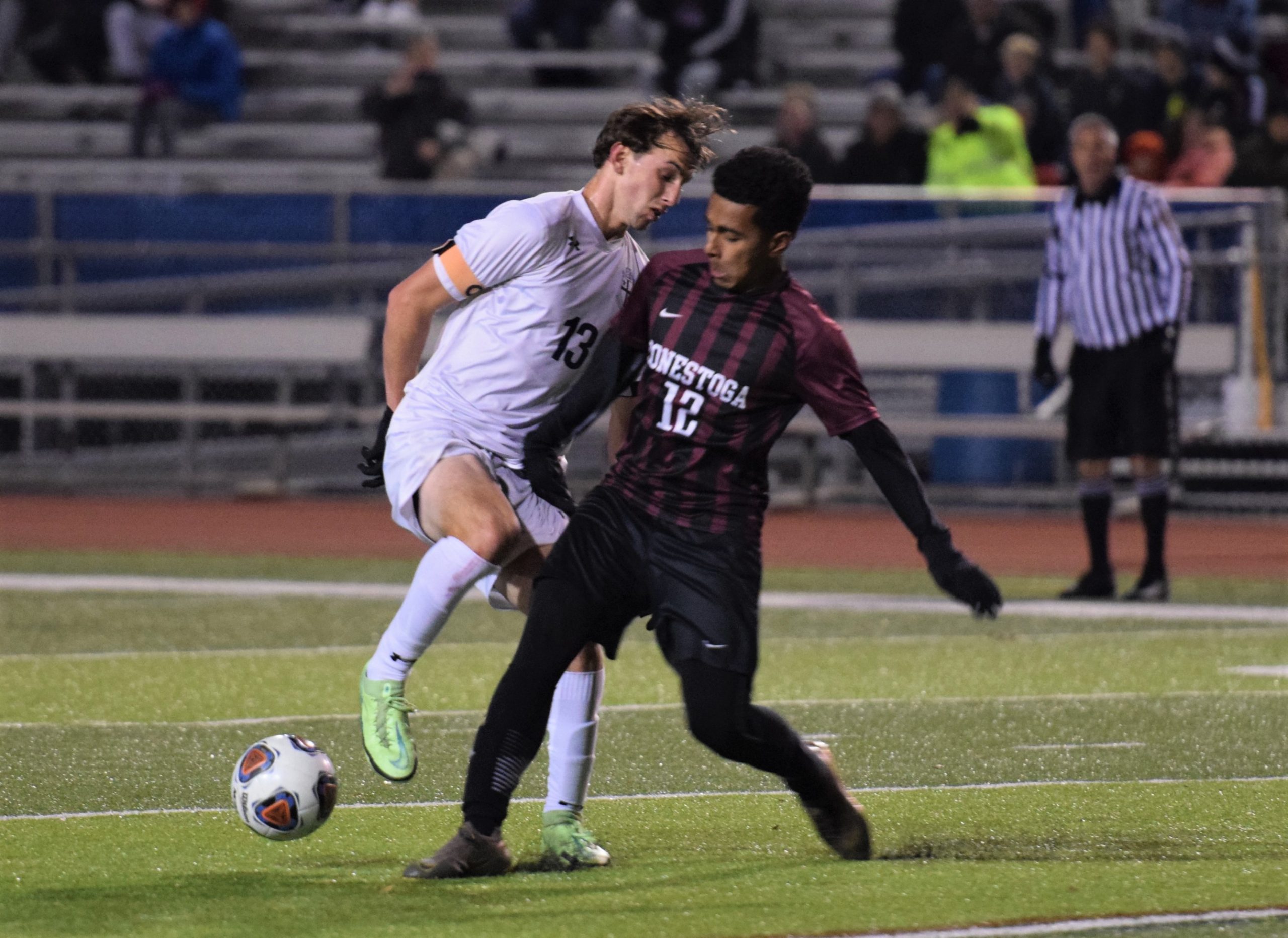 When the Explorers needed a goal late in the Philadelphia Catholic League semifinals against Roman Catholic, the senior pushed forward and headed one home around the 60th minute.

When a defender got hurt against a Christian Brothers Academy team with a dangerous striker, the captain moved back and took on the challenge.

Jennings had 11 goals and 15 assists during La Salle’s 2021 campaign that ended with Catholic League and District 12-4A championships and a PIAA-4A state semifinal appearance. He is the Reporter/Times Herald/Montgomery Media Area Player of the Year.

“It was an awesome year,” Jennings said. “It didn’t end the way we wanted it to, but all good things have to come to an end. Our culture and our team were just awesome. Every single one of those guys I love them all like my brother and they can all say that about everyone on the team. The culture was just great.”

“He meant a lot to our team not only with what he did in the middle of the field,” La Salle coach Tom McCaffery said, “but he was also great defensively when we would need to put him at center back … The ability for us to not only have him score timely goals … but he also was able to shut the door for us defensively, which I think was a big key to his game. When things got tough, we knew we could slide him into the center back slot to really shut the door on teams. That made our life way easier trying to defend when we had a one-goal lead.”

Jennings delivered throughout the season for the Explorers. His defensive performance against Christian Brothers Academy was early in the year. He buried a penalty kick to beat Father Judge in a game for first place in the PCL later in the regular season. He scored two goals in the PCL playoffs against Conwell-Egan before his big header against Roman.

“It’s hard to pinpoint a moment for him because there were so many good ones where he just found himself in really good attacking positions,” McCaffery said, “but also certain times where he found himself in defensive positions to do the job that we needed him to do. That was his thing – he was always in the right place at the right time through so many of our matches.”

“Being a big kid I’ve always had to defend,” Jennings said. “I can do either. Getting up the field helps me with possession, helps with my feet skills and all that, but I’m always willing to make a tackle or get into a tackle.”

Before taking on a larger role at La Salle in 2019, Jennings, an Ambler native, spent four years with the Philadelphia Union Academy.

“That competition, every single day, you were going against the best of the best,” Jennings said of how his time with the Union shaped his game. “It just betters you, honestly.”

Jennings, the 2021 PCL Most Valuable Player, will start playing for F.C. Delco next week. He will be playing soccer at the University of Pennsylvania next fall.

“So many reasons (for choosing Penn),” he said. “Obviously the academics. I love the coaching staff, I got to know them pretty well. It’s not too far from where we live, so I can come home and see my family. My brother goes to Drexel, which is pretty close. One of my best friends, my cousin, is a freshman this year playing football at Penn. I’ve got a lot of people there that I know.”