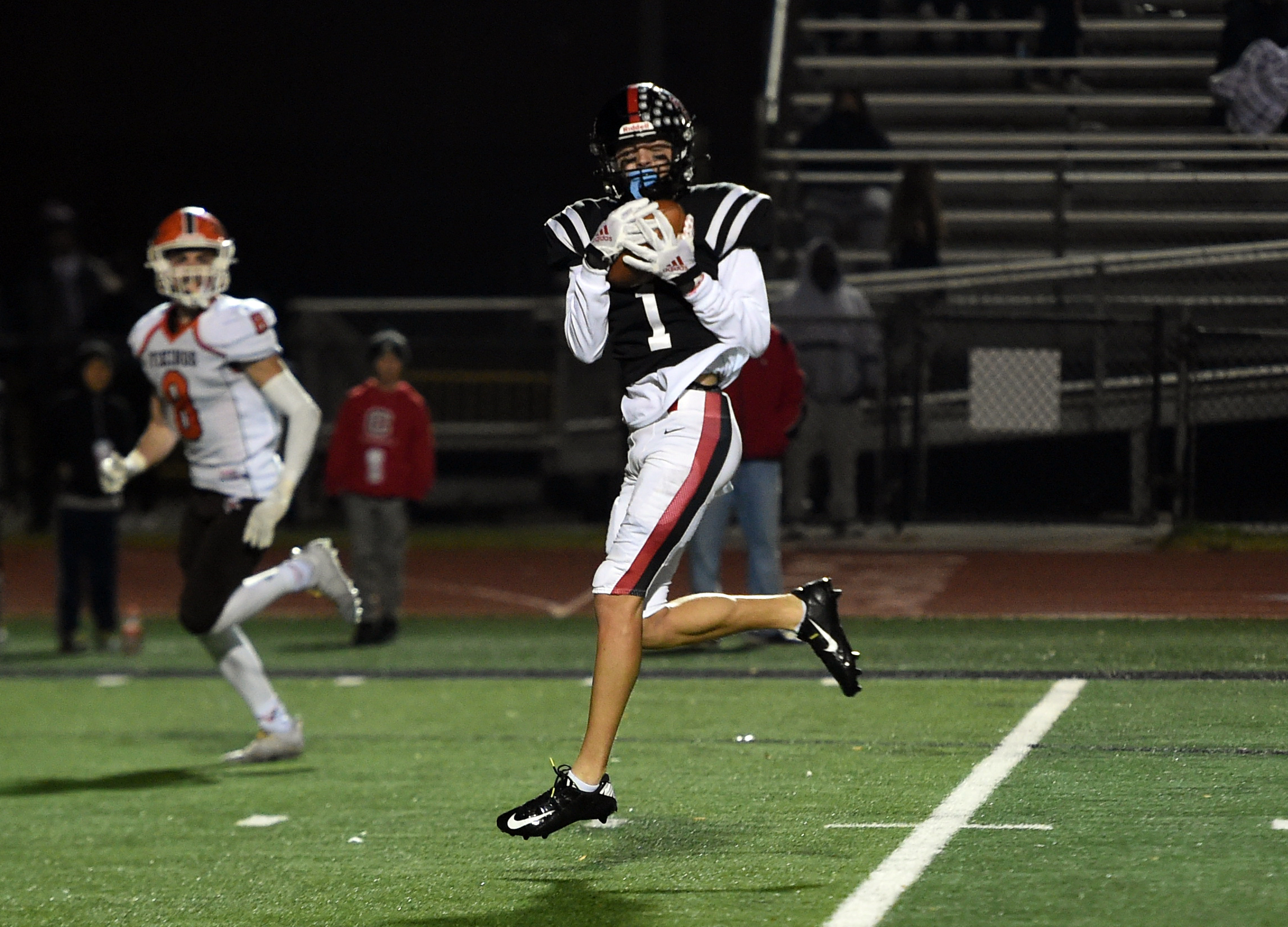 There are still three area teams left in the playoffs. Tonight, two of them will be going for district titles. In the 6A bracket, Coatesville travels to Garnet Valley, while Strath Haven visits West Chester Rustin in 5A. The District 1 4A champion, Bishop Shanahan, travels to take on District 2 winner, Valley View for a spot in the state semifinals. Here is a look at all the playoff action.

Shanahan travels to face a Valley View team that is very big up front and relies on the power running game. The Spartans have scored over 40 points six times this season and blew out North Pocono, 42-7 last week in the first round of states. The Spartans defense is also big and physical. They have pitched three shutouts this season. Connor Hilling is their leading rusher with 1,3457 yards and 23 touchdowns. Dominic Memo has filled in injured dual-threat quarterback Adam Howanitz.

The Eagles will have to stop the run game, but that is something they have done well this season. The line, led by Dylan Jones and Kenny Daniels has been very stout against the run. In a 14-7 win over Bonner-Prendergast last week, the Eagles allowed Bonner’s leading rusher Miles Pederson just 63 yards on 18 carries. On offense, Cooper Jordan will have to make big plays for the Eagles to come out on top. He will most likely rely on multi-talented Colin McGrory out of the backfield. The winner will get either Bishop McDevitt or Lampeter-Strasburg in the semis.
Bishop Shanahan 21, Valley View 14.

This is a battle between two Wing-T offenses and both teams run it perfectly. The visiting Panthers have only one loss this season and that was to 6A power, Garnet Valley. The Panthers have a high-powered offense led by quarterback Sam Milligan and they have scored over 40 points eight times this season. Milligan had a big game in the Panthers’ 42-7 win over Academy Park last week.

West Chester Rustin running back Dayshawn Jacobs, who has 2,558 yards rushing on the season, is a difference maker for the Golden Knights. Jacobs is very elusive and a threat to go all the way every time he touches the football.

Quarterback Kolbe Freney and fullback Anthony Meadows will also give the Panthers defense fits running the football. Freney had the winning touchdown run last week in the Golden Knights’ 19-14 semifinal win over Plymouth Whitemarsh. The huge and quick Rustin offensive line may spell the difference here.

These two old friends are not strangers when it comes to meeting in the playoffs. Coatesville has never lost to Garnet Valley, defeating the Jaguars three times in the last six years. The Coatesville running game is purring right now. They put three players over the 100-yard mark in last week’s 55-14 blowout win over Ridley in the semifinals. Harrison Susi, Bryan Lacey and Ashon Wesley all went over the century mark. If the run is stopped, Susi can go to the air with targets like Tommy Ortega and Lebron Bessick available.

The Jaguars will look to send legendary coach Mike Ricci, retiring at the end of the season, out with one more district title. They have outscored their postseason opponents, 111-22.

Running back Shane Reynolds piled up 245 yards in week’s 58-39 win over Quakertown. Max Busenkell can pass effectively enough to keep the opposing defenses honest. A date with with St. Joseph’s Prep or Bethlehem Freedom awaits the survivor.

Thanksgiving Football: Upper Darby’s Barr appreciative of both sides of a storied rivalry
Column: Coatesville Ortega’s story of success may get another chapter tonight