Pennridge in command in win over Central Bucks South 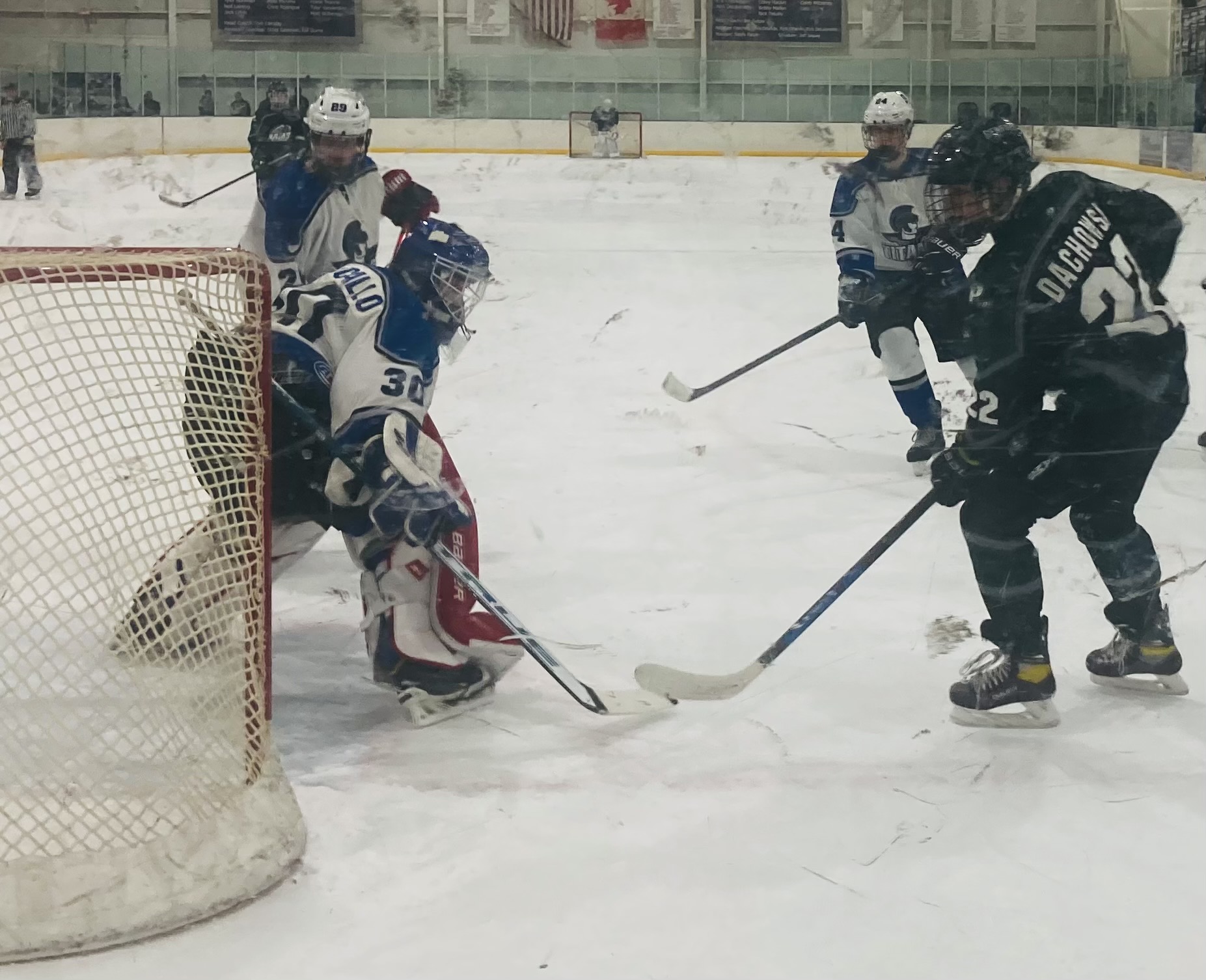 Central Bucks South goalie Dominic Varacallo makes a save on a shot by Pennridge's Shane Dackowski during their game on Wednesday, Nov. 17, 2021. (Kev Hunter/MediaNews Group)

HATFIELD TWP. >> Pennridge is carving out those first initial steps.

“This is us on the way to states,” the Rams’ Cooper White said after Wednesday night’s contest with rival Central Bucks South.

Pennridge is surely off to the kind of start it wanted, as White’s two goals helped power a balanced attack, and the Rams skated away to an 8-2 victory at packed Hatfield Ice.

“We had everybody firing on all cylinders,” White said, after the Rams had seven players score goals in the Continental Division battle. “Everybody was ready to play. We had a good warm-up and went from there.”

The victory raised Pennridge’s unbeaten record to 3-0, with a game against Souderton up next, scheduled for Wednesday at 9 p.m. back at Hatfield Ice. CB South, which plays that same night at Hatfield Ice at 7 p.m. against North Penn, dropped to 0-1-2.

The two teams were scoreless 10 minutes into the game, and then Pennridge got going and didn’t stop.

The Rams would lead 4-0 at the end of one, thanks to additional scoring from Aeryk Lehrhaupt and Dachowski (shorthanded), both unassisted. A goal by Pierce McGinley (Lehrhaupt assist) kept the Rams going and then White scored shorthanded to widen the margin to 6-0 after two.

Said White: “I had to get out of the slump. I was in a slump so it felt good to get that first one in on the penalty kill. And then I just got that second one to pop out in front so I was ready for it.”

After South got on the board with a tally by Aydin Thierolf, White struck again for the Rams to make it 7-1. Thierolf notched his second goal for the Titans and then Pennridge capped the scoring, off the stick of Kevin Pico (Tyler Manto).

“We had a lot of people involved tonight,” White said. “We had good defense in the first two periods and we kind of slacked off in the third period but we’ll bring it back. We’re ready for Souderton on Wednesday.”