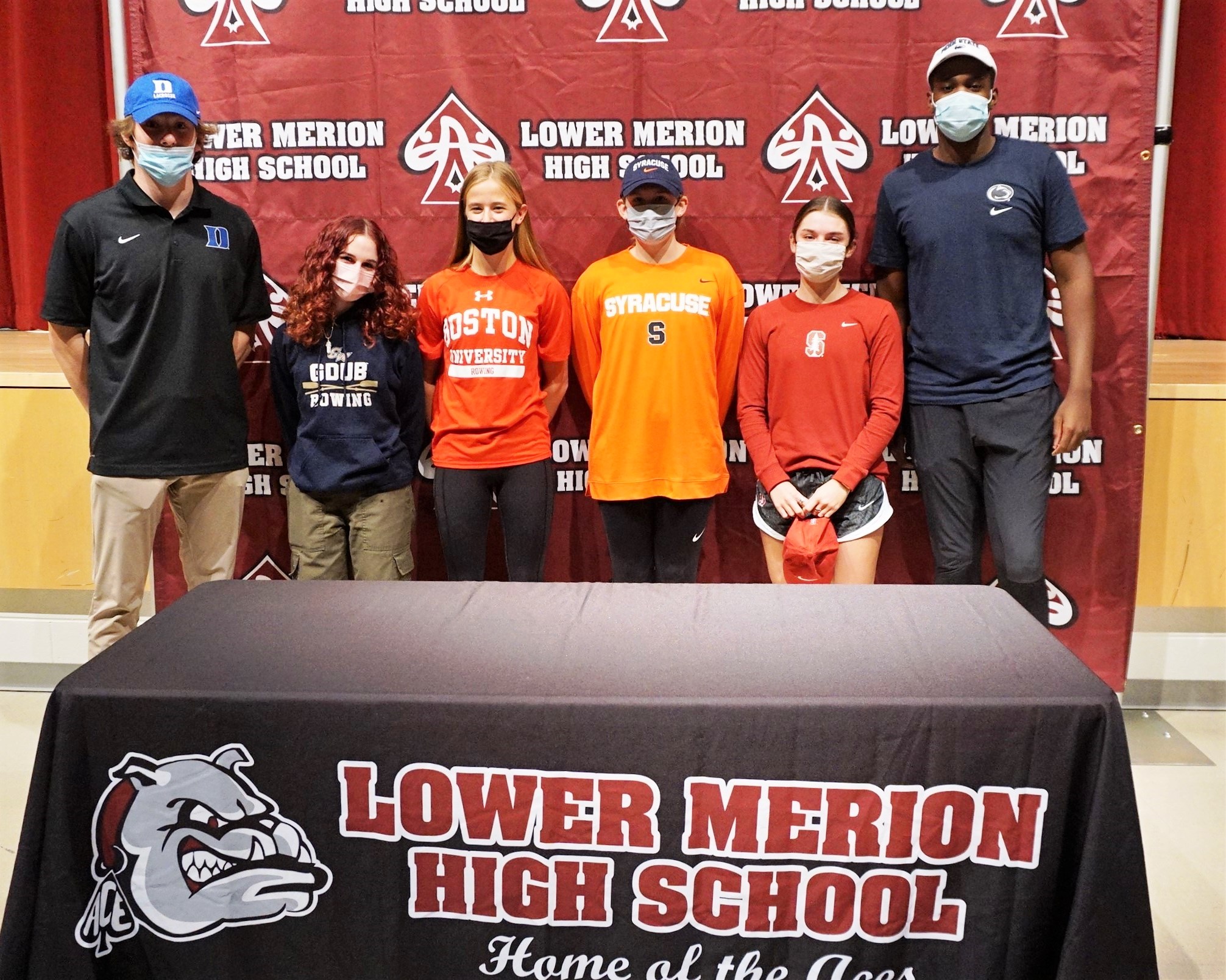 Lilley will be playing basketball for Penn State. Lilley has earned all-state, All-Central League and All-Main Line boys basketball honors, and helped lead the Aces into the PIAA 6A state semifinals last winter. The 6-foot-9 center averaged 20.6 points per game and pulling down 12.2 rebounds per contest last winter, and is the first Lower Merion player since Kobe Bryant in 1996 to average better than 20 points and 10 rebounds per game.

Bard will be playing lacrosse for Duke University. Bard has earned all-state, All-Central League and All-Main Line boys’ lacrosse honors. He has earned the team awards of Team Defensive MVP and Team MVP, and is a member of the Lower Merion boys’ basketball team.

Bronte will be rowing for George Washington University. She is a captain of the Lower Merion crew team, earned a silver medal at head of the Schuylkill and is a member of the National Honor Society.

Burchette will be rowing for Boston University. Burchette has earned the best boat award twice, and has finished in boats either in first or second in the following races: Scholastic National championship, Stotesbury Regatta, City Championship, Head of the Schuylkill and US Rowing Virtual Mid-Atlantic championship. She is a member of the USRowing Scholastic Honor Roll, as well as the Lower Merion girls volleyball team.

Emma Cloud will be rowing for Syracuse University. She has earned the best boat award, and the hammer award. Emma Cloud is also a captain on the Lower Merion girls basketball team.