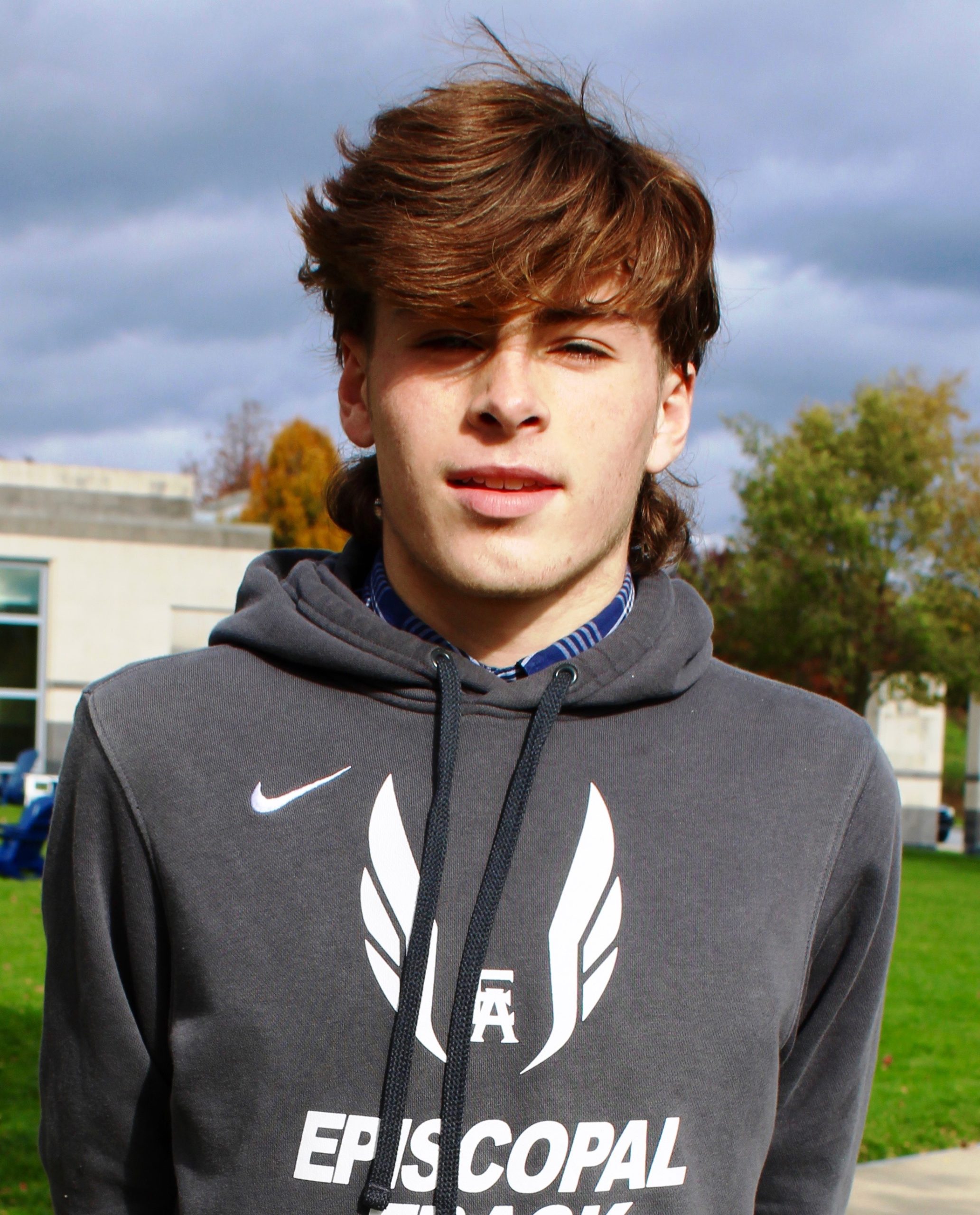 Q: What was your sharpest memory of the Inter-Ac Championships?

A: I remember feeling very strong running in the woods as my spikes were seeping into the gravel, and I recall breaking free at the top of the Parachute. As I approached the large crowd rallying me to finish on the final hill, I knew in my mind that I had to fight for just a bit longer and that I was going to cross the finish line with the win.

Q: What was the key to your first-place finish at the Inter-Ac Championships?

A: First off, I think that the coaches prepare us so well. I felt very relaxed and I ran a smart race. I didn’t go out too fast, I just ran the race off of feeling. I ran it based on feeling and made the moves at the right time during the race. I felt strong that day and I utilized the hills at Belmont to my advantage.

Q: What sparked your original interest in cross country?

A: My father ran in college as well as high school, so it always had been a thought in the back of my head. But honestly, I love the coaches and guys we have here at Episcopal. It’s a lot of work and dedication but the reward of winning and improving is worth it in the end.

Q: Who have been your most influential cross country coaches/mentors, and what was the most important thing you learned from each of them?

A: Coach [Jim] Farrell has been a great coach as well as my other coaches. He always believes in us and he genuinely cares about each and every one of us. I wouldn’t want to run for any other coach. I’d be remiss if I did not mention my advisor and coach Herman. He warms up with us and hypes you up through the entire race. He holds high standards and high beliefs which make him a great coach and individual for that matter.

A: I wear Brooks for both my spikes and training shoes. They give me good support. The spikes are very light too.

A: I have gone to the Run the Muck a couple of times and I have enjoyed that run. It’s a fun atmosphere.

Q: Tell us a little about your current cross country practice regimen. What aspect of your running are you working on most recently?

A: During the week, we will have 40-minute runs and then workouts in between those days. We are now working on gaining extra mileage and some speed work for regionals.

A: I don’t like to eat at all before a race. The night before my mother will prepare pasta for me. I usually listen to rap music and I always wear the same outfit to the race.

Q: Do you participate in any other extracurricular activities at Episcopal Academy other than cross country?

Q: What is your favorite academic subject at Episcopal Academy? What do you think you would like to major in at college? Is there a career field that particularly interests you at the present time?

A: My favorite subject at the academy is English. I am uncertain of my major but I have an interest in law, business, and pharmaceuticals.

Person I most admire, and why: “I look up to a lot of people, though, my favorite actors that I admire are Denzel Washington, Leonardo DiCaprio and Matthew McConaughey.