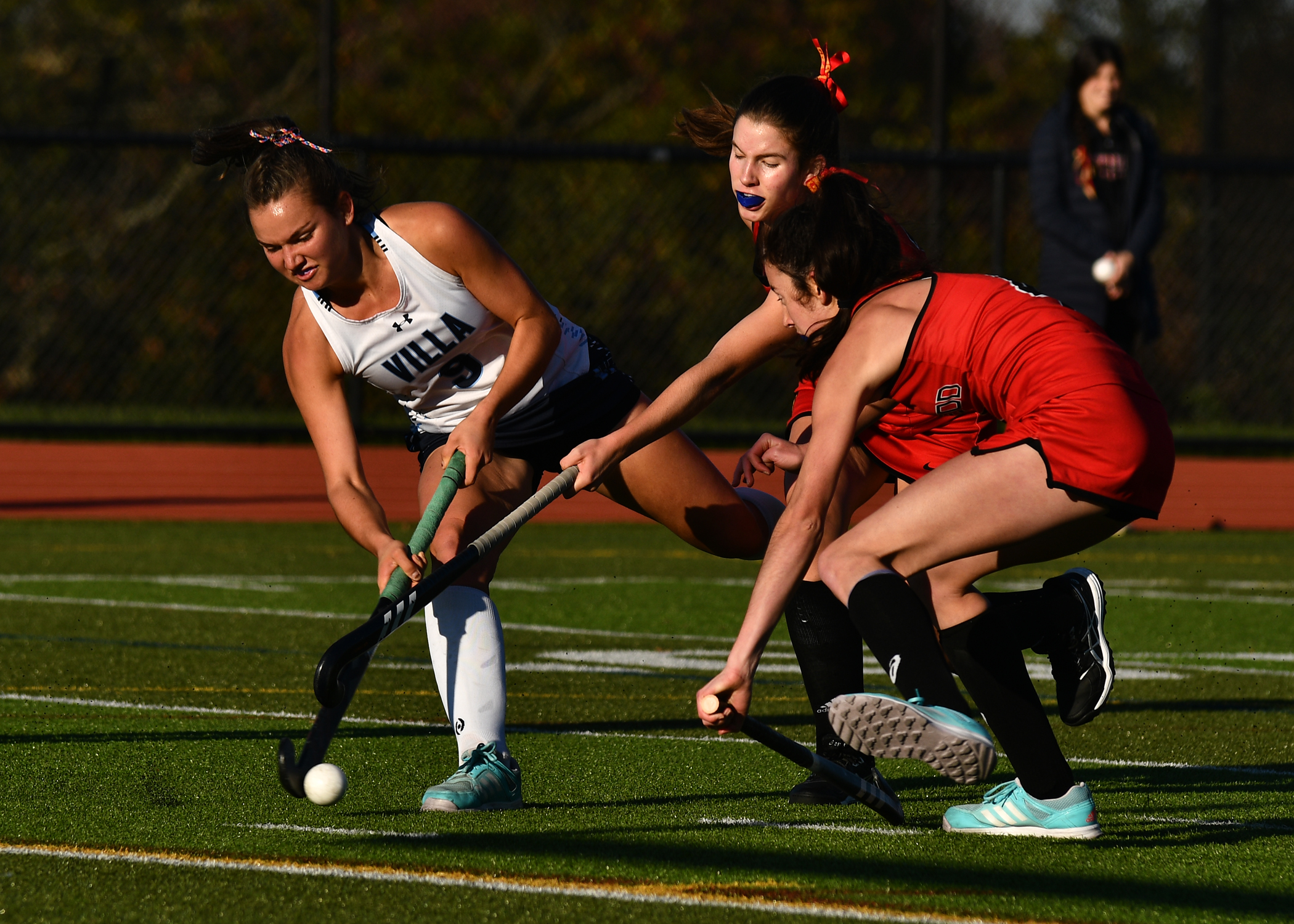 EAGLEVILLE – Third time’s a charm, if you’re Gwynedd Mercy, but a curse if you’re Villa Maria.  The two teams squared off for the third team this season—Villa won the first in overtime, then the teams played to an overtime tie the second time around.  With a District 1 2A field hockey championship on the line, it was the Monarchs coming out on top, posting a 3-1 victory over the Hurricanes.

“It’s tough playing the same team three times in a year,” said Villa coach Katie Evans.  “In these big, high pressure games, sometimes it’s better to play someone that isn’t so familiar.  But honestly, I thought both teams played really well. Hats off to Gwynedd on a great game.  But now we just have to get back to work and focus on winning a state title. Who knows, maybe we’ll meet for a fourth time.”

After a seesaw first period, the Monarchs got on the board first on a goal from Maddie Bogle.  It was just the second goal of the season for Bogle.  But Villa answered right back scoring on a goal from Annie Shaw, with an assist from Caroline O’Brien, less than two minutes later.

But after that, it was all Gwynedd Mercy.  Bogle found the back of the cage yet again with the go ahead goal early in the fourth, the tacked on an insurance goal late in the period for the 3-1 victory.