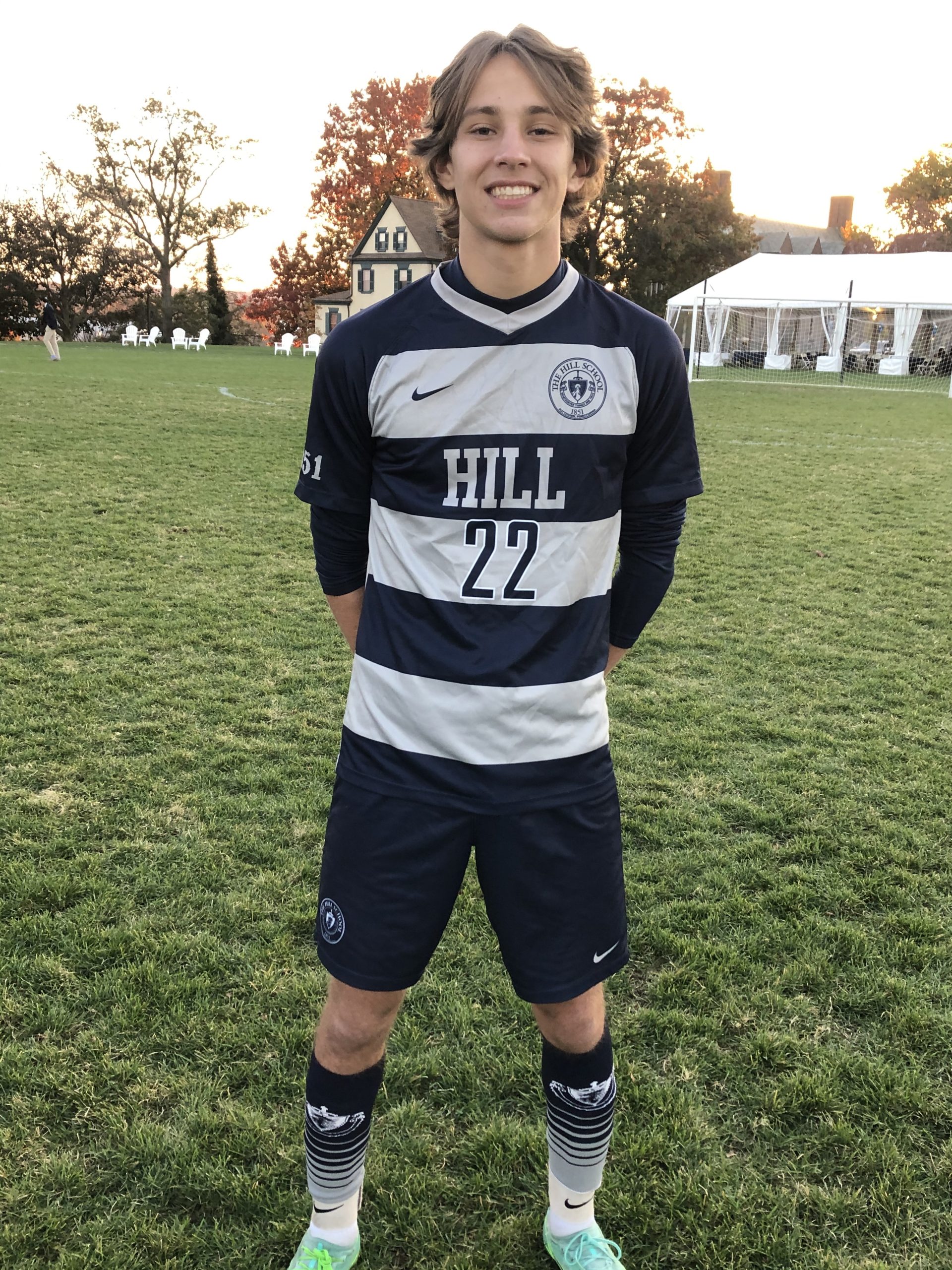 But it’s an established fact any sporting event between The Hill School and Lawrenceville School gets the adversaries cranked up to a level befitting a championship pairing.

That was certainly the case Saturday when the fervent longtime rivals faced off on the Blues’ Wells-Davidson Pitch in the finale of their Mid-Atlantic Prep League schedules. It was the Blues cranking themselves up for a 3-1 victory over the Larries and staying in the league’s championship conversation.

Hill is 2021 MAPL tri-champion along with Hun and Peddie; they beat each other to finish 4-1 in the league.

Not knowing that fact until about two hours later, though, didn’t stop the Hill players and fans were in full celebration mode when the final whistle blew.

The Blues did all their scoring in a near 15-minute span of the first half, headed by Ryan Woolley’s two-goal outing and a solo tally from Kenneth Palmieri. But the Larries (9-10-1) sent a message to their hosts by scoring two minutes into the second half; namely, a victory celebration wasn’t fully in the bag.

“It was a low blow,” Woolley noted. “We talked at halftime about how we can’t come out lazy.”

The Hill, in a mode uncharacteristic of how most of their games went, came roaring out of the starting blocks. From a corner kick near the 23:58 mark to one around 4:23, the Blues controlled the ball at Lawrenceville’s end of the field through the half’s final whistle.

Woolley got the Hill scoring in gear by hitting the nets at the end of a one-on-one rush to the Larries’ cage. He then converted a penalty kick at 12:06 for what was ultimately the Blues’ winning goal.

“That was my first penalty kick,” Woolley noted. “Other guys took them when we got one, but I wanted this one.”

The key to the successful conversion for Ryan was reading the goalkeeper’s body position.

“I picked the bottom corner,” he said. “The keeper was leaning to the left, so I went to the right side.”

Palmieri followed with his goal at the 9:01 mark. That left Lawrenceville working for late adjustments to their game plan.

“That was the task,” head coach Blake Eldridge said. “We filled the box a few times, then they’d come and fill the box. We made a couple adjustments and continued to carry the play.”

Joa-Griffith Manoc scored the Larries’ goal off a corner kick. The visitors had a combined three tries before taking a penalty kick at the 7:10 mark, which Hill keeper Blake Groff knocked away.

“That was a big momentum change,” Woolley noted. “Blake came through big.”

The ending was particularly special for Wyatt Fabian. The Hill’s first-year head coach, named The MERCURY All-Athlete Player of the Year in 2012, set records for career matches and minutes played under the tutelage of his predecessor, Chris Drowne.

“It (return) didn’t really hit me until the game started,” he said. “I vividly remember the four Lawrenceville games. This is kind of like playing a sibling … it brings out your bet.”

Eldridge has his own connections to the Hill, having coached in the program under head coach John Bensinger in 2002.

“This school has a special place in my heart,” he said.

The Hill is looking ahead to still more on-field action with the MAPL season completed. It will visit top seed Kiski School Tuesday, Nov. 9, in resumption of play in the Pa. Independent Schools Athletic Association (PAISAA) playoffs, The eighth-seeded Blues edged Westtown School in the opening round, 2-1.