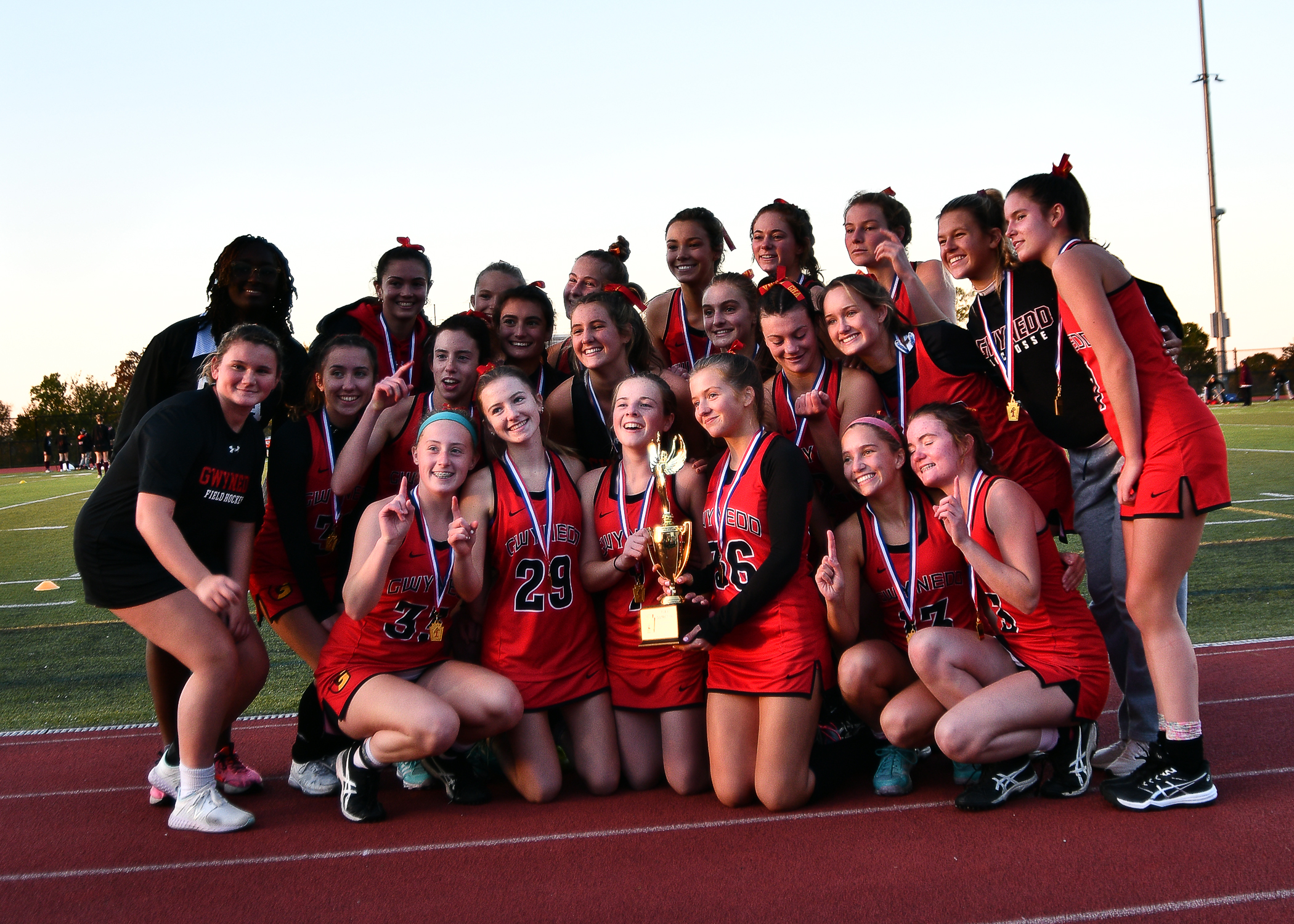 EAGLEVILLE – Going into Saturday’s District 1 Class 2A championship game, sophomore Maddie Bogle had just one goal for Gwynedd Mercy Academy, and that came more than a month ago.

She picked a good time to break that drought.

Bogle scored twice, including the go-ahead goal early in the fourth quarter to lift the Monarchs to their first title since 2017 with a 3-1 decision over Catholic Academies League rival Villa Maria at Methacton High School.

“I scored one on senior night against Sacred Heart,” Bogle said. “But to score here is such a surreal experience.”

Bogle’s goals and a late insurance tally from senior captain Alaina McVeigh snapped a four-game winless streak against the Hurricanes and avenged a 5-3 loss to VMA in last year’s district final. Villa Maria won a 3-2 decision in overtime earlier this season and the teams battled to a 1-1 overtime draw on Oct. 7.

Gwynedd Mercy’s last win against VMA was a 7-1 decision in 2019, according to MaxPreps.com.

It stayed a 1-1 game until Bogle struck again, 1:22 into the final period.

“I saw an open lane at the top of the circle and I knew I had to shoot it or we weren’t going to score,” Bogle said.

McVeigh was impressed by the performance of the sophomore.

Shaw had a chance to tie it. She was positioned at the far post but could not get her stick on a long hit to level the issue.

The Monarchs didn’t sit back and let the Hurricanes get another opportunity to tie it. GMA pressed the issue after that scare and the pressure paid off when McVeigh extended the lead to 3-1 with 4:32 to play in the game.

“It was the best feeling in the world,” McVeigh said of her goal. “I knew after I scored we could win this. We just needed to play defense and finish it off.”

GMA did finish it off to earn a home game against Susquehannock, the No. 7 team out of District 3, in next Tuesday’s opening round fo the PIAA tournament.

“We knew that this was our year,” Bogle said.