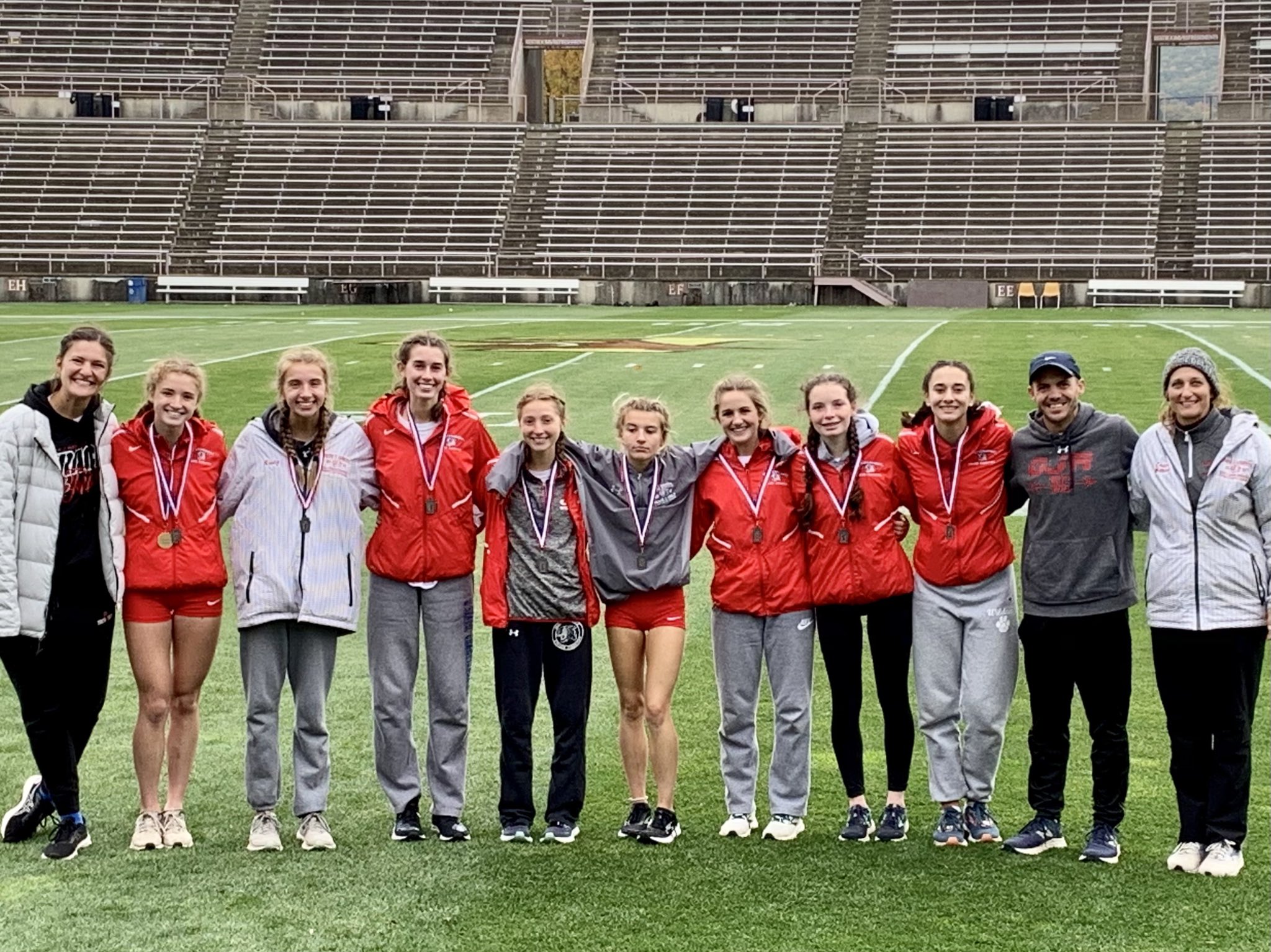 The Pioneer Athletic Conference will have a significant presence in Hershey this weekend.

More than 50 runners from six schools will be competing in the Pennsylvania Interscholastic Athletic Association (PIAA) Championship Meet at the Parkview Course. All but four of the runners will be part of the league’s six teams who come in as qualifiers on the basis of their finishes in last weekend’s District 1 meet.

The PAC girls will be well-represented by four teams, three in Class AAA and one in AA. Owen J. Roberts, Perkiomen Valley and Phoenixville will be in the big-school lineup by virtue of their top-six team finishes while Pope John Paul II is one of Class AA’s two top finishers.

On the boys side, the PAC has Methacton and Owen J. Roberts qualified by top-six team results.

“For the Phoenixville girls team, it has been a slowly building excitement since our qualification on Friday,” head coach Eric Sprenkle said. “None of the girls going have ever qualified for states before and only recently has the significance of the accomplishment and the fun experience that awaits started to dawn on them. At this point in the season, preparing for races is a continuation of our focus and process in training that we’ve been refining throughout the summer and fall.”

The Phantoms, team champions of the Pioneer Athletic Conference’s meet two weeks ago, owed their fifth-place performance at districts to the individual efforts of runners like Anna Carruthers and Kenzie Padilla. Carruthers placed seventh in a time of 19:05.5, and Padilla followed 10th at 19:13.4. Their 242 team points were 10 better than PV, the last team from the district to qualify for the girls AAA state competition.

“Taking the whole varsity team is an incredible benefit, as their close bond brings out the best in each of them,” Sprenkle added. “The team has developed a strong gratitude for their accomplishments, which has been a key part of staying focused on the moment in training and racing while not getting carried away with outcome-based thinking.

“As a coach, I am excited about what this additional level of experience will add to the team next year and I am incredibly grateful to have the opportunity to coach these student-athletes who have exceptional character, enthusiasm, and dedication to running.”

Owen J. is in the unique position of taking both its boys and girls teams to Hershey. The girls’ second-place (213) qualification owed much to Claire Zubey winning the AAA race, beating out Bensalem’s Shana Kearney by 15 seconds (17:58.5-18:13.9).

“I definitely feel ready for districts,” Zubey said following her PAC win. “I’ve been working on my kick.”

At districts, where she finished second to West Chester Henderson’s Jenna Mulhern in 2020, this time around the OJR junior went one better when she took and held an early lead.

“I was happy with my time. It was a good time,” she said.

PJP is eminently familiar with qualifying whole teams for states. Its boys accomplished that feat in 2017 and 2018, with the girls following suit in 2018 and 2019; in those instances, the Golden Panther teams were champions of District 1’s AA class.

“I know it made a big difference for those previous qualifiers,” head coach Lisa Cagliola said. “There’s more support than when the kids are practicing by themselves. The kids are more excited.”

In those instances, Cagliola has kept her runners on the same programs they had during the regular season.

“We did it on our own,” she noted. “You never want to change much. It helps them to focus.”

The PJP girls found themselves one point (81) behind team champion Lower Moreland. But the Golden Panthers got back to states as a team when third-place Gwynedd Mercy Academy finished with 83 points.

“There were some happy tears,” Cagliola recalled. “Especially the three seniors, to have them all qualify as a team.”

Gianna Cagliola repeated as the AA champion with a 19:16.1 clocking that put her across the line a full 35 seconds ahead of runner-up Siri Hellenbrand of LM. Teammate Kathryn Todd followed in fifth place (20:21.4) and Colleen Schiele placed 20th in 22:16.5.

Last year at states, Cagliola and Todd were a respective 22nd and 24th in the AA race.

For Perkiomen Valley, team qualification offered vindication for a regular season that didn’t go as well as expected. It did so even though the Vikings didn’t have any Top 20 runners; their leading runner, junior Summer Watts, was 28th.

“Our girls team is super excited to be moving on to States and extending our season,” head coach Ryan Sullivan said. “We have been hit harder by injuries this year then perhaps any in my coaching career. We lost our number 1 and 4 runner for the year due to stress fractures.

“Despite those injuries, we have been led by Summer Watts and super freshmen Emerson Whetstone and Allie Matasich. At districts. Senior Megan Furlong had an amazing race and was a huge part in the team nailing down the final team spot from District One.”

The district meet was the backdrop for several notable accomplishments by the Methacton boys. Vaughn Lackman, fourth in the AAA field, ran the Lehigh course in a school-record 15:34.30. And the Warrior boys emerged as a District 1 team qualifier for the first time in program history.

“My goal is to get under 15:30,” the Methacton senior, who finished two spots ahead of OJR’s Andrew McGonigle after running second to him at PACs, said.

Lackman headed a trio of classmates Chris McGlynn (17th) and Bryan Landsberg (23rd), who headed their team’s fourth-place (220 points) outing. That put them six points ahead of fifth-place Haverford Township (226).

“Our three top runners, one’s always there to step up,” head coach Steve Savitz noted. “They balance each other out.”

The Owen J. boys team qualified for states with a comfortable margin over seventh-place North Penn, 243 points to 287. The 5-6 finish of Thomas Damiani and McGonigle set too fast a pace for the Knights, whose leading runner was freshman Achilles Shui in 41st place.

PJP’s Jason DiMarco is competing in another state meet after his eight-place finish in Class AA.