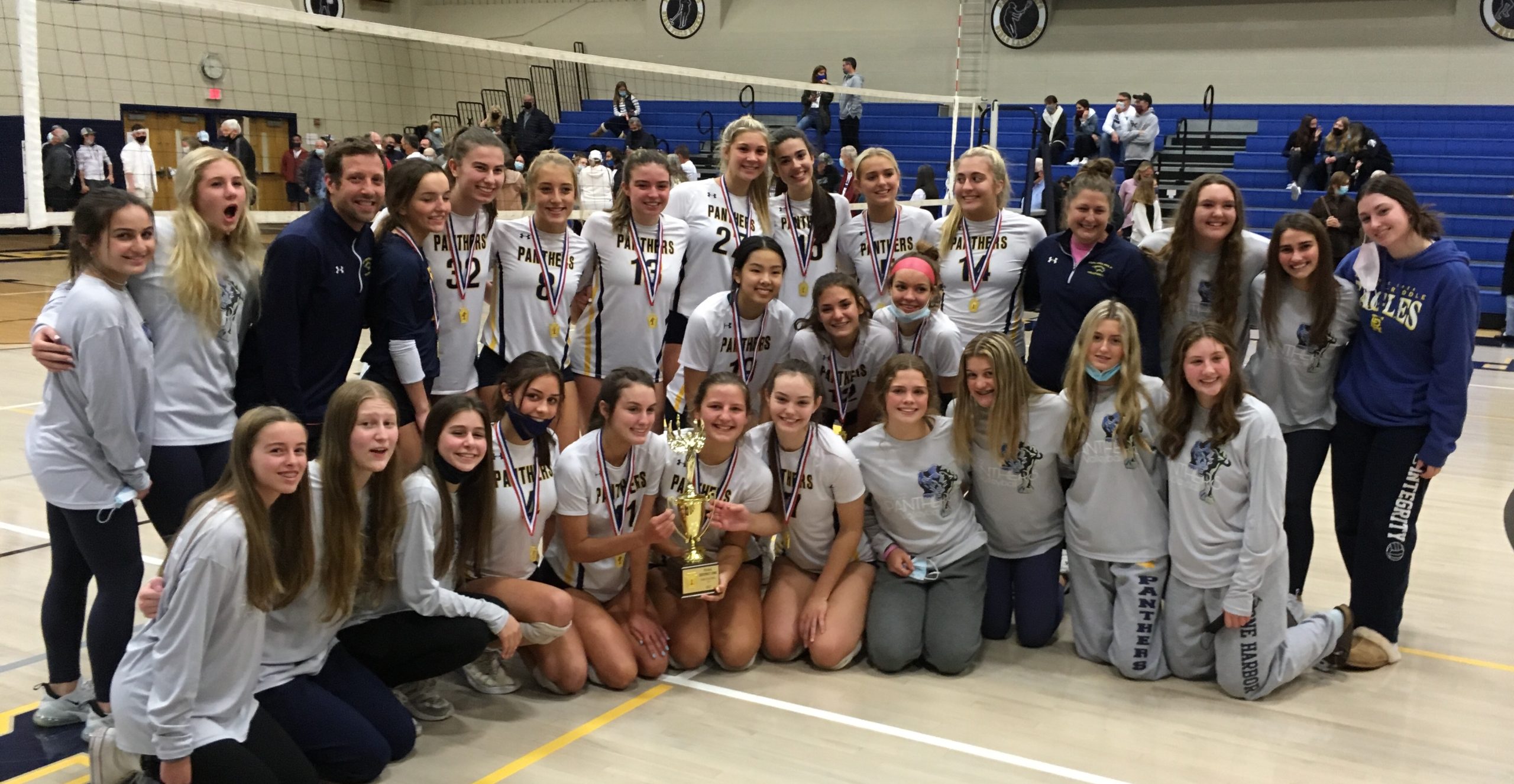 UPPER PROVIDENCE >> Even though the Pope John Paul II girls volleyball team came into Tuesday night’s District 1-3A final as the No.1 seed and with titles the past two seasons, the Golden Panthers weren’t necessarily all that experienced in championship play.

Most of them had played supporting roles or were on the bench on last year’s senior-dominated team, so there was some understandable nervousness as they became key players in a district title contest for the first time.

That earned the Golden Panthers (17-3) the district’s only berth in the PIAA Class 3A Tournament. They will begin state play next Tuesday against the District 12 runner-up.

Hutton Cordrey led a balanced PJP attack with 15 kills and four other Panthers had at least seven. Grace Cooper had 25 digs and Cordrey followed with 20. Erin Dychdala topped the winners with 43 assists.

“I think we were all very nervous in a high stress game,” said Panther senior middle hitter Zoe George (7 kills). “We evened out after that.”

“This one was different,” said senior setter Dychdala, . “I was just trying to put my best out there, regardless of nerves.”

PJP  coach Ryan Sell agreed that nervousness night have been a factor in the early going.

“That first set we were a little bit nervous,” he said. “We had a senior-laden team last year with nine seniors. Grace Cooper has won three in a row, but a lot hadn’t played in a district championship game ever.”

PJP led 11-8 in the first set before VJM broke the tenth tie on a block and a net violation to win it. Then Cindy Jin served five straight winning points in the second as the hosts took a 14-8 advantage and they racked up six consecutive points to put it away.

In the third set,Gin served six straight winners as her team took a 13-6 lead and was up by at least three the rest of the way. The Panthers went on a 10-1 run midway through the fourth to go up 18-8 and Cathleen McKendry (10 kills) put away the championship point off an assist from Dychdala.

“We like to do that,” said Sell. “We like to spread the ball around, lighten the load. We were fairly efficient tonight, hitting almost .300 as a team. We were making good decisions on the attack.”

“I think we were just playing more as a team,” Dychdala said concerning the final three sets. “Each of our team’s individual skills came together. They would come to me with things to fix and I would go to them with things to fix. We really just gelled as a team.”

George thought that reducing the numbers of errors was a key.

“We really cut down on the errors,” she said. “We were hitting the shots we needed to to get them out of position. Even if we messed up one or two times, we came back from that.”

The loss ended an impressive season for VJM.

“We won the league for the first time,” said Campbell. “We put up a banner in our gym, which was absolutely awesome. I’m extremely proud of how the girls played all season.”