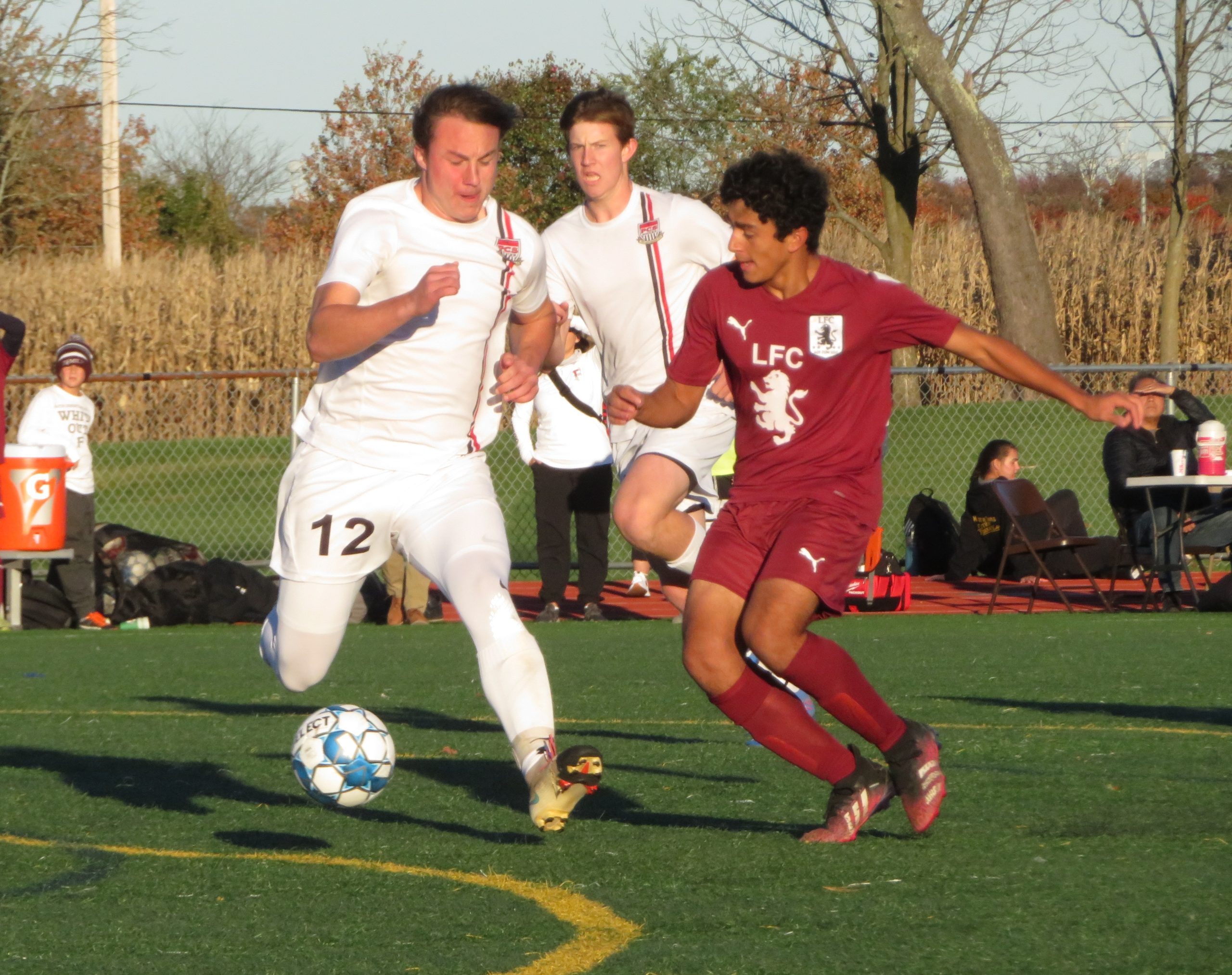 The Lions defeated Plumstead Christian Academy, 4-0, at Dock Mennonite Academy for their second straight District 1-A championship and fifth district title in the last six seasons.

“This group of seniors,” FCA coach Ryan Clymer said, “about 14 of them have been together since eighth or ninth grade. These kids work together, they like each other, they’re coachable…. And they go out and execute. They work hard. We never want to be out-worked on a pitch and I think today we were not out-worked.”

“It’s big,” Faith senior Marcus Pringle said. “It’s our last year, obviously, and this one will make us one of the most decorated individual classes in school history.”

No. 1 seeded Faith Christian had plenty of chances early, but struggled to finish. They put six shots on goal and a handful of other opportunities that ended up off-target over the first 30 minutes before finally getting on the board.

Pringle put the Lions ahead with what proved to be the game-winning goal in the 35th minute. Colin Moyer got the ball to Bobby Elitz, who sent a long, cross-field pass to Pringle.

“There was no one on the outside,” Pringle said. “I just yelled to Bobby and he saw me. I put it past the goalie.”

The 1-0 lead lasted until the midway point of the second half. Kieran Rea gathered a deflected ball in the box, turned and put it into the back of the net to double the Lions advantage in the 60th minute.

Less than 10 minutes later, Evan Buckman made it 3-0. He grabbed the rebound after a Christopher Evans shot was stopped and deposited it into the goal.

“(Trouble finishing in the first half) got a little frustrating, but we’ve been like that all year,” Pringle said. “We know eventually they will come, and once one comes more will come. (In the second half) we just started putting them in, finishing our chances.”

While the offense was putting pressure on Plumstead, the defense was keeping the ball out of harm’s way. Defenders Mason Chaikin and Brendon Moyer were recognized for their play on the back end.

“All year long the back line has been strong,” Clymer said. “Every game somebody else steps up. I thought our right-back Mason played an incredible match. Not letting people turn, delaying, anticipating, he’s my man of the match in the back.”

“Our defense is very good,” Pringle said. “Our defensive-mid Brendon is very good at winning headballs. The ball is on the other half most of the game.”

Plumstead Christian was able to generate two good scoring opportunities in the second half when the score was 1-0. Matt White took a free kick in the 50th minute and Johnny Mitchell set up Micah Bell with a clean look in the box in the 53rd. Both times Faith goalkeeper JR Roberts was there to make the save.