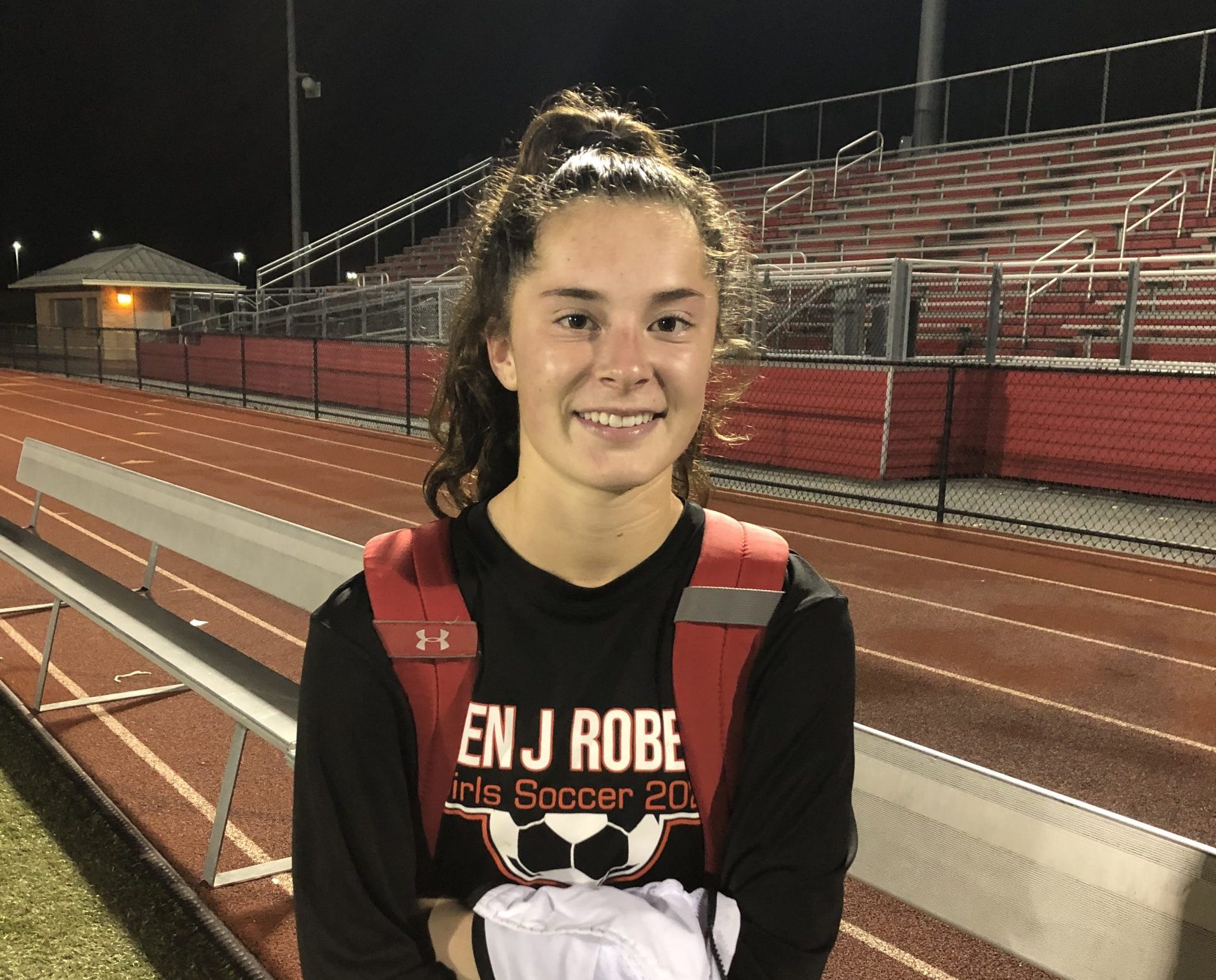 BUCKTOWN >> It may not have the same level of drama as, say, a game decided by penalty kicks.

Still, a one-goal game shares a common bond with one ending in shootouts: A testament to the level of defense played by both teams. And it’s a just reward for the team with the goal, effectively validating its defensive excellence.

That was the situation experienced Saturday at Wildcat Stadium, where Owen J. Roberts hosted Avon Grove in a District 1-4A playoff quarterfinal. More than 73 minutes of intense ‘D” preceded the goal that lifted the Wildcats to a 1-0 victory over the Red Devils, keeping them in pursuit of a district title.

Alexa Vogelman, who scored the lone goal off a free kick, admitted qualifying for the state playoffs with the win offered a measure of relief. And yet …

“Knowing we’re going to states means we have to work to get better,” the junior forward said.

Roberts will have until Tuesday’s home-field semifinal with Conestoga to get that kind of work in. It’s already going one better on the 2020 season, when it got as far in the postseason as the district quarterfinals.

While second-seeded OJR (20-1-1) kept the majority of the action at Grove’s end of the field, it took four shots and three corners in the first half. But the seventh-seeded Devils (14-3-1), who had only two significant plays at Owen J’s end in that span, kept their hosts from converting any of the tries.

Its first-half keeper, Emma Moss, had much to do with that shutdown status.

The same level of play continued over to the second 40 minutes, though Roberts pressed the action more with four shots and four corners. OJR keeper Colby Wasson made one particularly big save around the 13:11 mark of the second half, a lunging block of an AG shot.

The pressing play was rewarded at the 7:46 mark of the second half when Avery White made a free kick to the front of the Avon Grove goal. Vogelman took a shot that deflected off a visiting player and went into the net for both the game’s winning and only tally.

It was her 25th goal of the season, keeping her and teammate Olivia Thompson as the team’s scoring leaders.

“It’s a tough way to lose, off a deflection,” Herman said. “We played such a great game.”

With the exception of a shot at 6:55, Owen J focused on making Vogelman’s goal hold up with more tenacious defensive play.

“We did the same setup in the first half,” Vogelman said of the offensive setup that ultimately resulted in the game’s lone goal. “We tried to play long, but the shots were going over the post. At halftime, we said we were going to kick it near the post.”

While Roberts keeps driving toward a district title, the Red Devils find themselves playing for the final fifth spot in the state playoff field. They will host 22nd seed Hatboro-Horsham Tuesday before going up against the C.B. East/Neshaminy winner Friday.

“I appreciate the hard work our girls have done,” Herman said.

NOTES >> Margusity on what his team needs to focus for the coming games; “We have to adjust and be more patient. The opportunities were there.” … Avon Grove continued the platoon of its junior keepers, having Grace Keen take over for Moss in the second half. “They’re both amazing, incredible,” Herman said. “We’re confident in the way both work.”