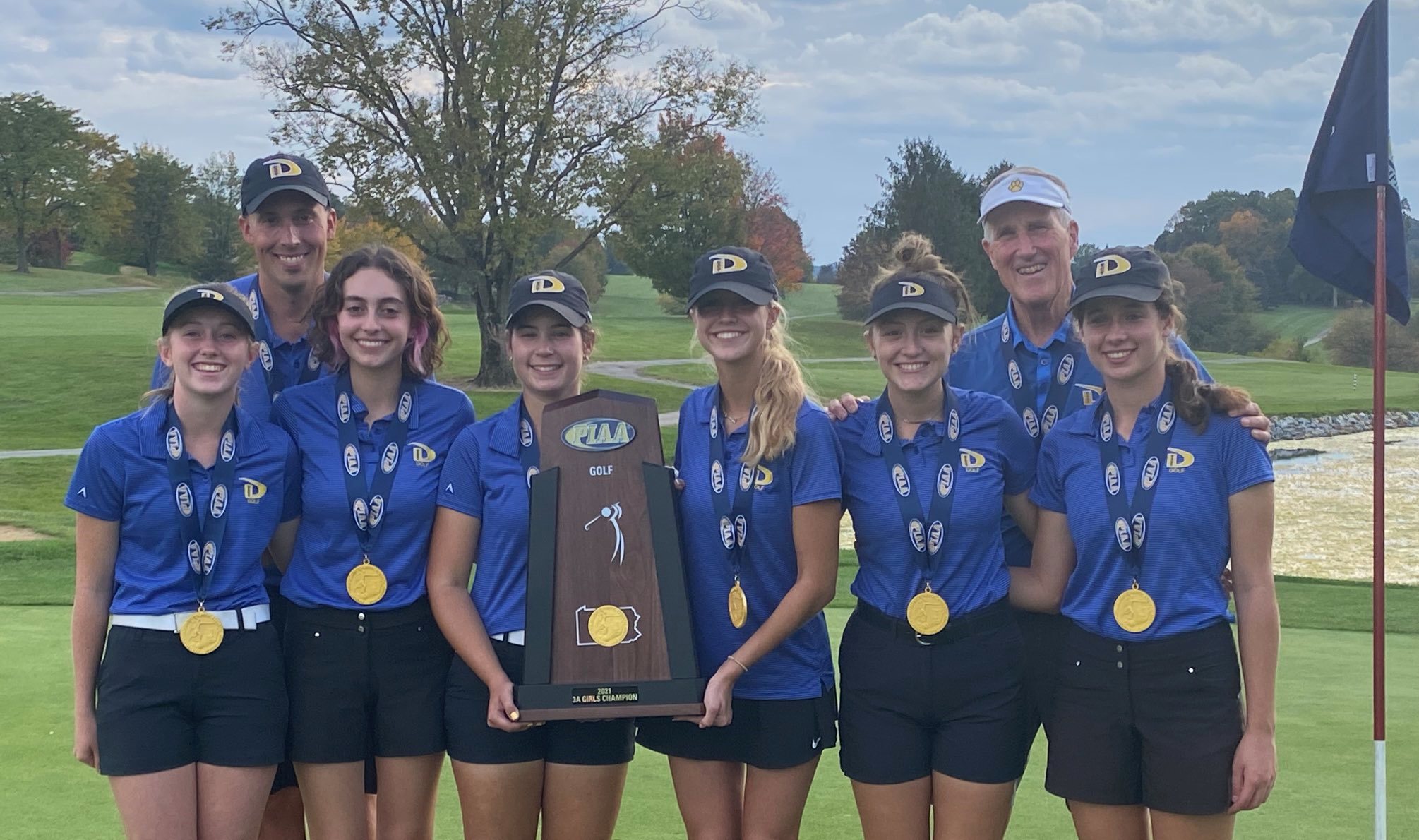 O’Sullivan, who led the way for the Cougars Monday with a 1-over par 73 on the Heritage Hills Golf Resort course, was the No. 2 golfer for Downingtown East as a freshman when the Cougars finished second in the 2018 PIAA 3A state girls golf tourney.

“Winning this state team title meant a lot to me,” said O’Sullivan, who will be playing golf for Converse (S.C.) University next fall. “I knew we could do it, and I had a good feeling about the team this year – we had so much depth, and so many great players. If we just focused, I thought we could win it.”

“What’s really great is that all five of us go to the same swing coach, Eric MacCluen,” said O’Sullivan. “Eric did a lot for us, putting our swings together at a young age. And coaches [Matt] Grinwis and [Scott] Yard did a great job bringing us together as a team.”

“Ava had quite a few really good drives, that set her up for wedge approaches and birdie looks,” said Grinwis. “Some of those putts dropped for birdies. The whole team made some key par-saving putts when we needed them. Our team was persistent, kept battling through our struggles out on the course.”

For the season, the D-East girls golf team was undefeated, winning the Ches-Mont League and District 1 3A titles. On Oct. 19, in the PIAA 3A girls golf individual state tournament at Heritage Hills Golf Resort, O’Sullivan finished tied for fourth place with a 76, and Pace tied for sixth with a 77.

“Ava has been a team leader since her freshman year, collecting multiple Ches-Mont and District 1 individual titles,” said Yard. “Mia and Silvana are underclassmen that will form the nucleus of the Downingtown East team that will defend our title in 2022.  Coach Matt Grinwis has built the program over the last six years and was instrumental in the formation and growth of the Ches-Mont girls golf league over the last few years.”