Schweikert delivers, Upper Merion wins in 5 over North Penn in District 1-4A 1st round 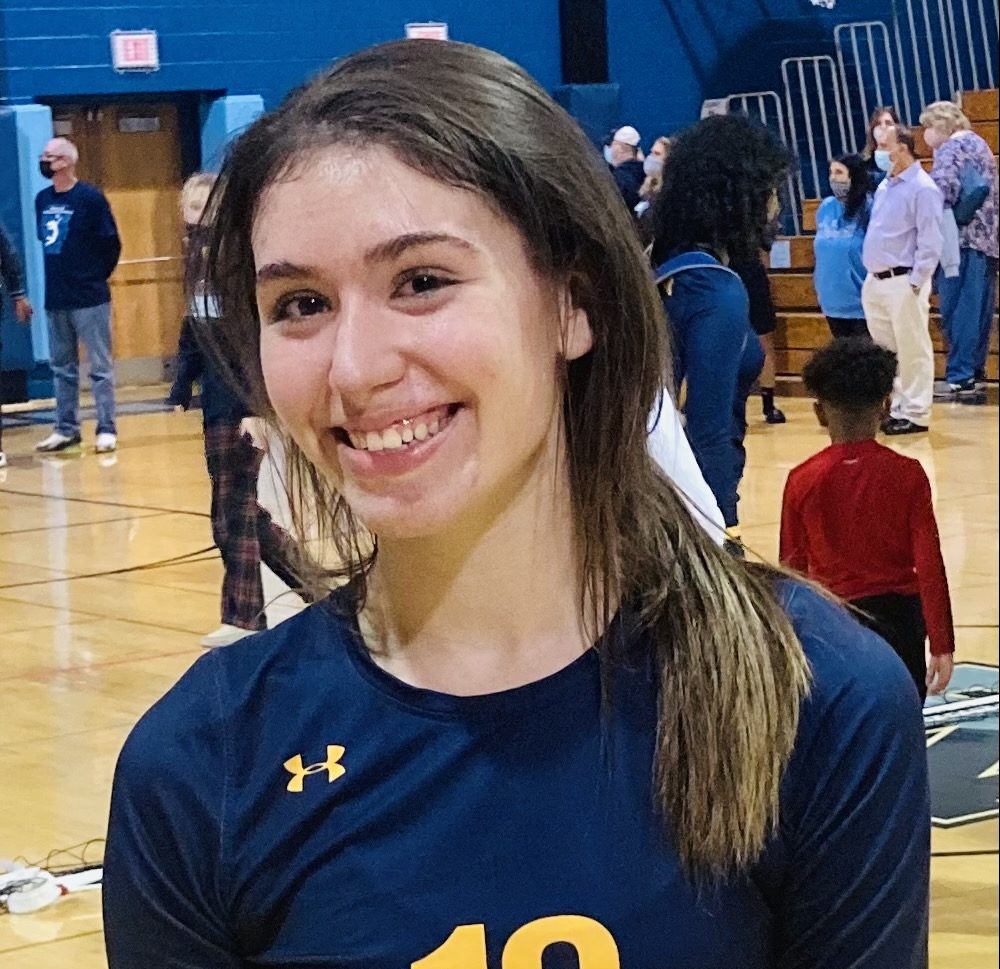 TOWAMENCIN >> Sophia Schweikert played at a level beyond her years, driving home Upper Merion’s 3-2 upset victory over North Penn in the opening round of the District 1-4A Playoffs.

“That was a really big win,” said a smiling Schweikert. “I think we did really well and we fought.”

Schweikert, just a freshman, delivered a season-high 38 kills, as the 21st-seeded Vikings go swinging into the second round and a date at No. 5 Garnet Valley on Thursday.

Said Schweikert: “We were really hyped. Any time we got down, we got right back up.”

“We just didn’t finish the way we should of,” Knights coach Jynell Brunt said. “My team fights for sure. We’ve won multiple matches by coming back. And I thought we were doing it again. I really believed we had that.”

The Vikings recovered from a tough loss in the first set to win convincingly in the second.

“In the fifth game, we got the lead, and it’s a lot easier to play with the lead in those games. And they’re a good serving team. But then a couple kids faulted (for NP), and that gave us extra life. That’s the way a best-of-five between equal teams ends up. The team that makes fewer mistakes in the last game usually wins.”

Upper Merion got key contributions from Vanessa Hutchinson and Caitlyn Daywalt. Hutchinson had 28 digs for the Vikings and Daywalt racked up 41 assists. Schweikert had four kills and an ace in the clincher.

“That was fun. She’s something, isn’t she?” Funsten said of of the freshman. “That was a great win. (North Penn) is a good team and they were home, and we knew they were gonna be tough to beat. We’re very fortunate and pleased we were able to do that.”

Kiley McTaggart had 19 kills and 21 digs for the Knights. Leila Eid had 19 digs for NP, and Kate Hanley added 11 kills and Charlotte Patterson eight.

The Knights will graduate six seniors but have a strong core returning next fall.