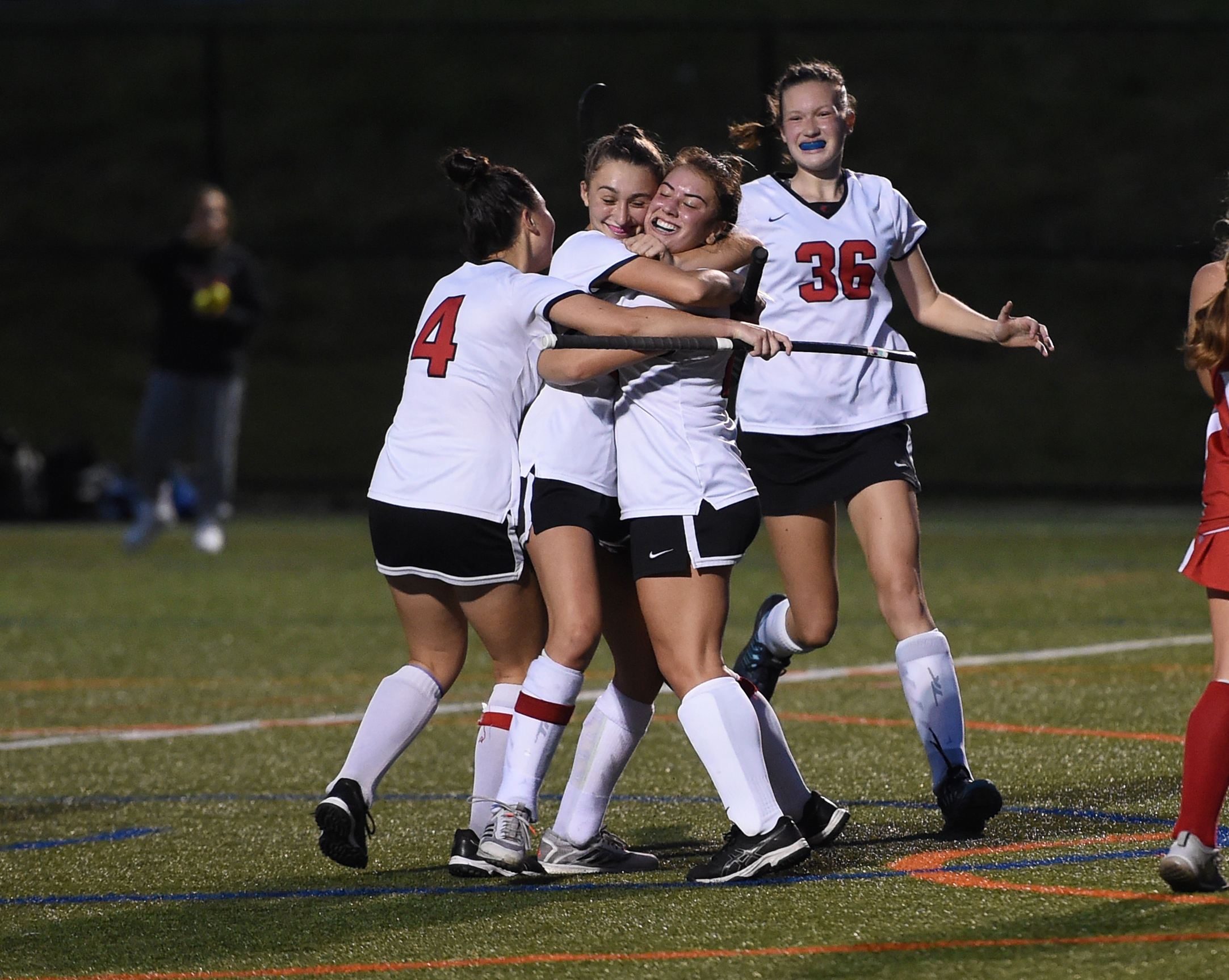 LOWER POTTSGROVE >> The Boyertown field hockey program is typically at home this time of the year.

With the regular season wrapped and the district playoffs underway, the Bears are usually watching league powers like Owen J. Roberts continue on with their seasons.

Getting its first taste of District 1 playoff action in a long, long time on Monday against the aforementioned Wildcats, Boyertown made it known this year is different. It doesn’t plan on going home any time soon.

Hosting No. 24 Owen J. Roberts — the final team into the district field — at Pottsgrove High School, the No. 9 Bears earned a 2-0 first round win to continue a historic season at least one more game in the District 1 Class 3A tournament

“The team has taken on a totally new aspect this year,” Boyertown senior Lauren Eves said. “We’ve completely changed around the whole program. It’s been a great season so far, and we hope to go so far into districts.”

Bears’ junior goalkeeper Sarah Yoder saved a pair of shots and cleared a handful of other balls around the cage. She was helped by the defensive play of Kaelin Drey, and Mary Catherine Maloney to earn the shutout in goal.

“I feel like at first we were a little bit nervous, but then once we got our act together we were perfect on marking and it was coming together real well so I wasn’t too nervous back there,” Yoder said. “We held our ground real well and we got it out when we needed to.”

OJR senior goalie Reilley Hagarty made seven saves to help keep the game at 0-0 and then 1-0, but ultimately the Bears’ precise passing and visible connection on the field proved too much.

“The more we play with each other, the better we seem to click,” Eves said. “Every game, every practice, it’s been great working with these girls.”

After earning the final spot in the District 1 field, the Wildcats (8-10-1) had their chances to take the lead in the first three quarters.

OJR coach Amy Hoffman lauded the play of junior Emily Morrissey, junior Hayden Streeter and senior Megan Himmelreich on the back line in front of Hagarty.

Senior Rylee Laloup was a constant presence all over the field trying to will the Wildcats to a goal that never came.

“The girls really wanted to get in to take another shot,” Hoffman said. “It just comes down to being able to finish inside that offensive 25, and we stumble a little bit inside that zone. That’s kind of been our season. We haven’t been able to put up as many goals as we normally do, and that’s something we just have to keep working at.”

“It’s so special, especially for my senior year,” Eves said, “and Sarah’s a junior she only has so much time left. It’s really special for all of us to even be here.”

Owen J. Roberts’ Emily Morrissey clears the ball away from the Wildcats’ goal during a District 1-3A playoff game against Boyertown on Monday at Pottsgrove. (Owen McCue – MediaNews Group)

Owen J. Roberts’ Reilley Hagarty (99) makes a save on Boyertown’s Alyx Morgan (21) on Monday during a District 1-3A playoff game at Pottsgrove. (Owen McCue.- MediaNews Group)

HOME AWAY FROM HOME >> The Bears didn’t play any home games this year on their grass field, instead opting to play at their opponents’ turf. That was no different when the ‘host’ Bears played at Pottsgrove on Monday. “We’re getting used to going around playing on all different kinds of turf, and I feel like we click on anything,” Yoder said.

SENIOR SENDOFF >> OJR graduates six seniors in Laloup, Hagarty, Himmelreich, Alyssa Greiner, Taylor Marburger and Izzy LeBlanc. The upperclassmen helped the Wildcats navigate a season that had several ups and downs to make a another District 1 playoff appearance. “They’re a great bunch of kids,” Hoffman said of her 2021 squad. “They work really hard when we need them to. It’s kind of been a roller coaster season. We win some, we lose some. We’re up and we’re down, but through it all they show up and they work hard. They’ve done a great job for sure.”