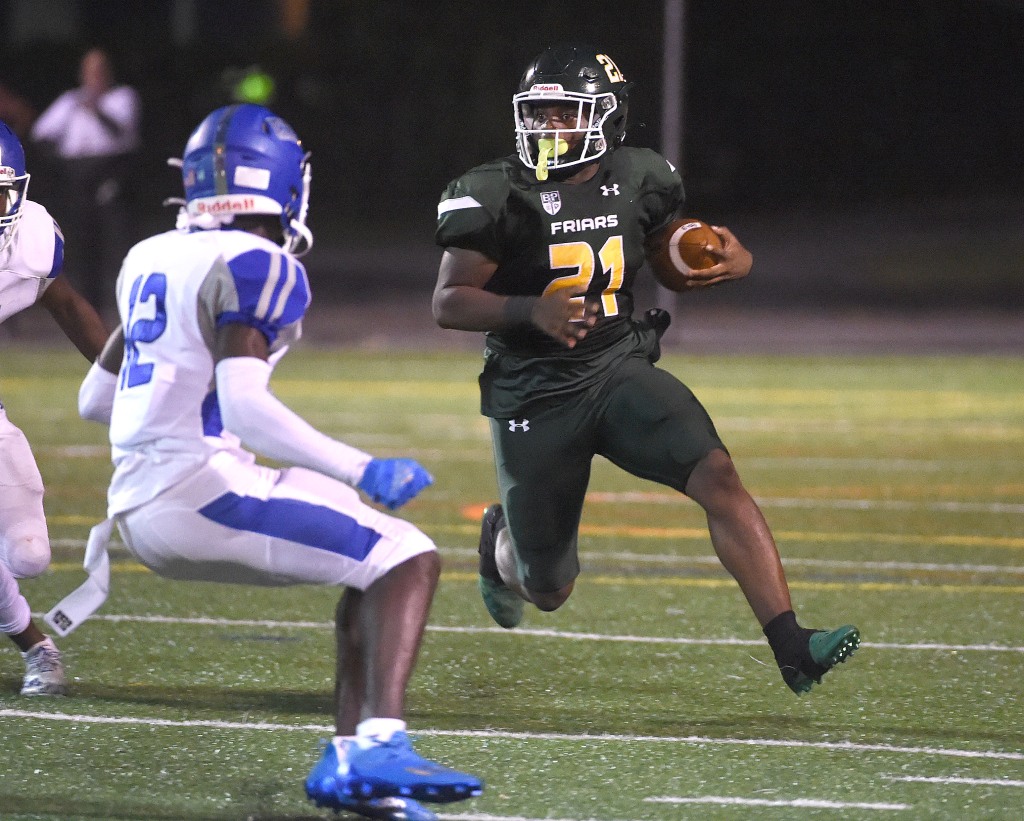 Bonner-Prendergast needed a win Saturday night to have any chance at making the PIAA Class 4A tournament next month.

The Friars took care of business.

The Friars will represent the Catholic League in the District 12 Class 4A final at a date and time to be determined. The winner advances to states.

Peterson received a snap out of the wildcat and scored on a short run in the first quarter to tie the game.

Before halftime the Friars (7-2) grabbed the lead on the first of two TD passes from Mulholland to Peterson. The duo hooked up again to give the Friars a two-score advantage in the third quarter.

Ryan quarterback Rob McConnell scored on a keeper with four minutes to play, but the Friars held off the host team’s late comeback attempt.

Carroll (0-9) tied the game at six in the third quarter thanks to a nine-yard run by Josh James. The points were Carroll’s first since a 17-7 loss to Conwell-Egan Oct. 2.