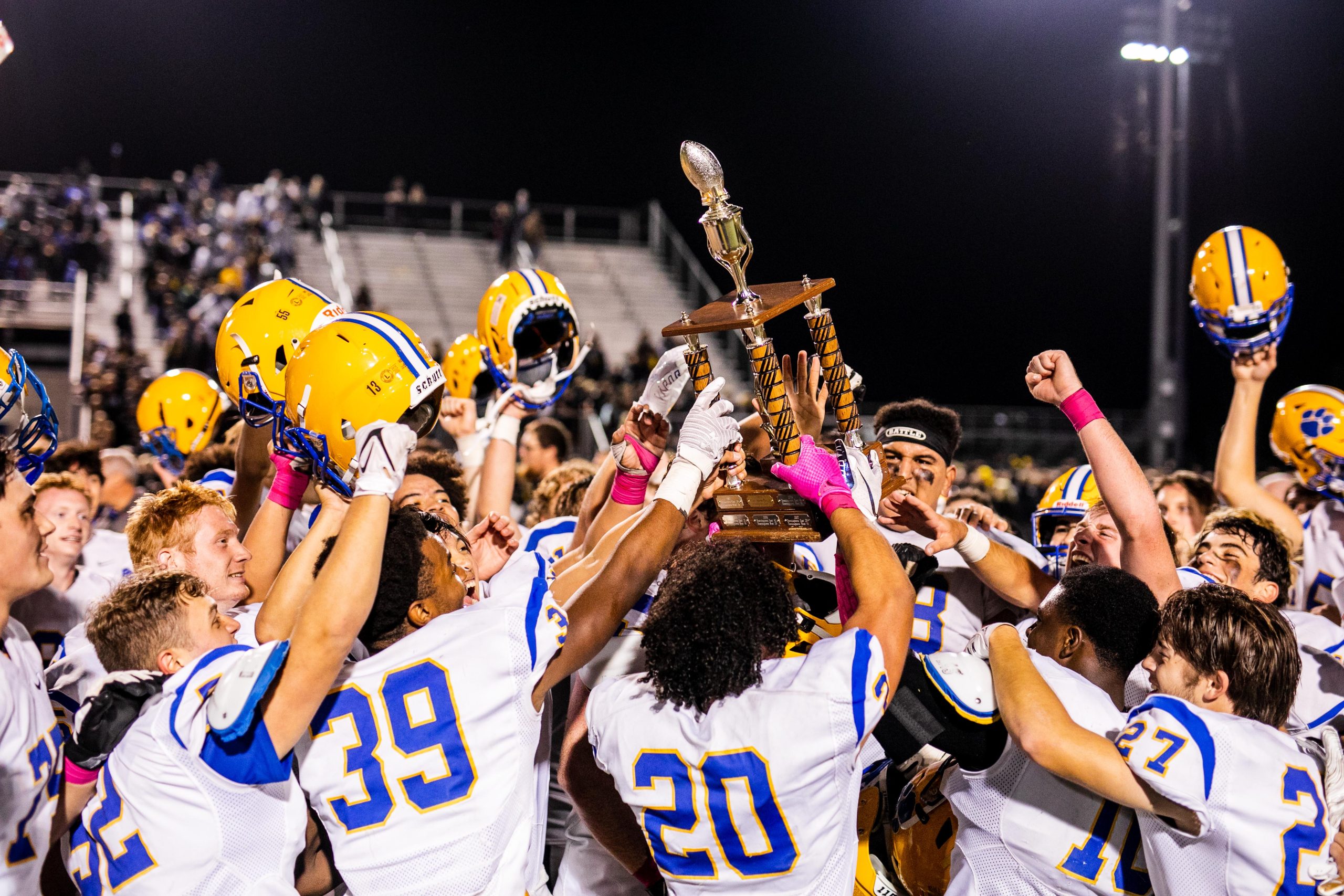 DOWNINGTOWN >> One way or the other, deja vu was likely.

As Downingtown East drove deep into Downingtown West territory in the final minutes of another classic between the crosstown rivals, both squads on the field had been here not too long ago.

This time, it was East’s Jamy Jenkins finding some redemption when he hit Louis Rossetti for an eight-yard score with 43 seconds to go. The touchdown secured a 35-28 win over the Whippets, who lost a game in the final minute for the second time in three weeks.

Jenkins, who was picked off in the red zone in East’s lone loss against West Chester Rustin a month ago, played the hero, this time.

“I had to learn the hard way a few weeks ago, so to wind up on the other side, it feels amazing,” Jenkins said. “It’s great to be able to celebrate with my teammates.”

West came all the way back from a 27-7 deficit when Will Mahmud scored his second touchdown of the night, with six minutes, 15 seconds to go. The Whippets (1-2 National Division, 4-5 overall) forced East (3-0, 8-1) to punt on the next possession, but couldn’t get that much-needed first down on their ensuing drive.

“We knew when they scored and went up, we just needed one stop,” East coach Mike Matta said.

Downingtown West’s Will Mahmud fights off a defender on his way to a touchdown in the third quarter. (Nate Heckenberger – For MediaNews Group)

The Cougars took over at their own 42 with two minutes, 48 seconds remaining, and Jenkins converted two third-and-longs with passes to Mike Giardino and a 21-yard screen play to Bo Horvath. The next play, Jenkins found a wide open Rossetti for their second TD connection of the game.

Downingtown East’s Louis Rossetti gets mobbed by teammates George Bousum (87) and CJ Leo (14) after the game-winning touchdown with under a minute to go. (Nate Heckenberger – For MediaNews Group)

After a first-quarter touchdown run by West’s Evan Wickersham, East scored the next 27 points, and appeared headed for more when Horvath was stripped at the West 20 late in the second quarter.

The Cougars, leading 27-14, went right back to work to open the third, going 69 yards on their first 3 plays, but West stopped them on fourth-and-goal from the five, and the momentum shifted.

The Whippets’ next two drives netted 95 and 86 yards, thanks to four clutch first down conversions by Wickersham. Mahmud capped both drives with touchdowns, and it looked like West’s frustrating season would finally have a celebratory moment. But much like two weeks prior against Coatesville, a last-minute TD added to the Whippets’ woes.

“It hurts, man,” West coach Mike Milano said. “You get life lessons from high school football and we’ve been learning the hard way. We just are. We work, work, work and don’t always get what we deserve. … I’m proud of the effort. We were getting our (butts) kicked and I’m sure everyone except my kids thought it was going to be a blowout.”

Jenkins passed for 156 yards and added another 24 and a TD on the ground, while Horvath put up his second 200-yard game with 202. Asante tallied 106 yards on just nine carries, scoring twice.

George Bousum led the Cougars with five receptions for 75 yards, and was a force at defensive end, all night.

With the win, East will now head to Coatesville with the Ches-Mont National Division crown at stake. Matta had no interest in thinking that far ahead while soaking in the joys of a dramatic victory.

“We’ll burn that bridge when we get to it,” Matta said. “(The East-West) game has a lot of pressure. A lot of stuff is going on. It’s great when you win, and not so great when you lose.”

The Whippets are currently on the outside, looking in, for the playoffs, and need a win against Avon Grove in the regular season finale to have any chance.

Downingtown East’s Bo Horvath picks up a key first down on the Cougars’ game-winning drive. (Nate Heckenberger – For MediaNews Group)