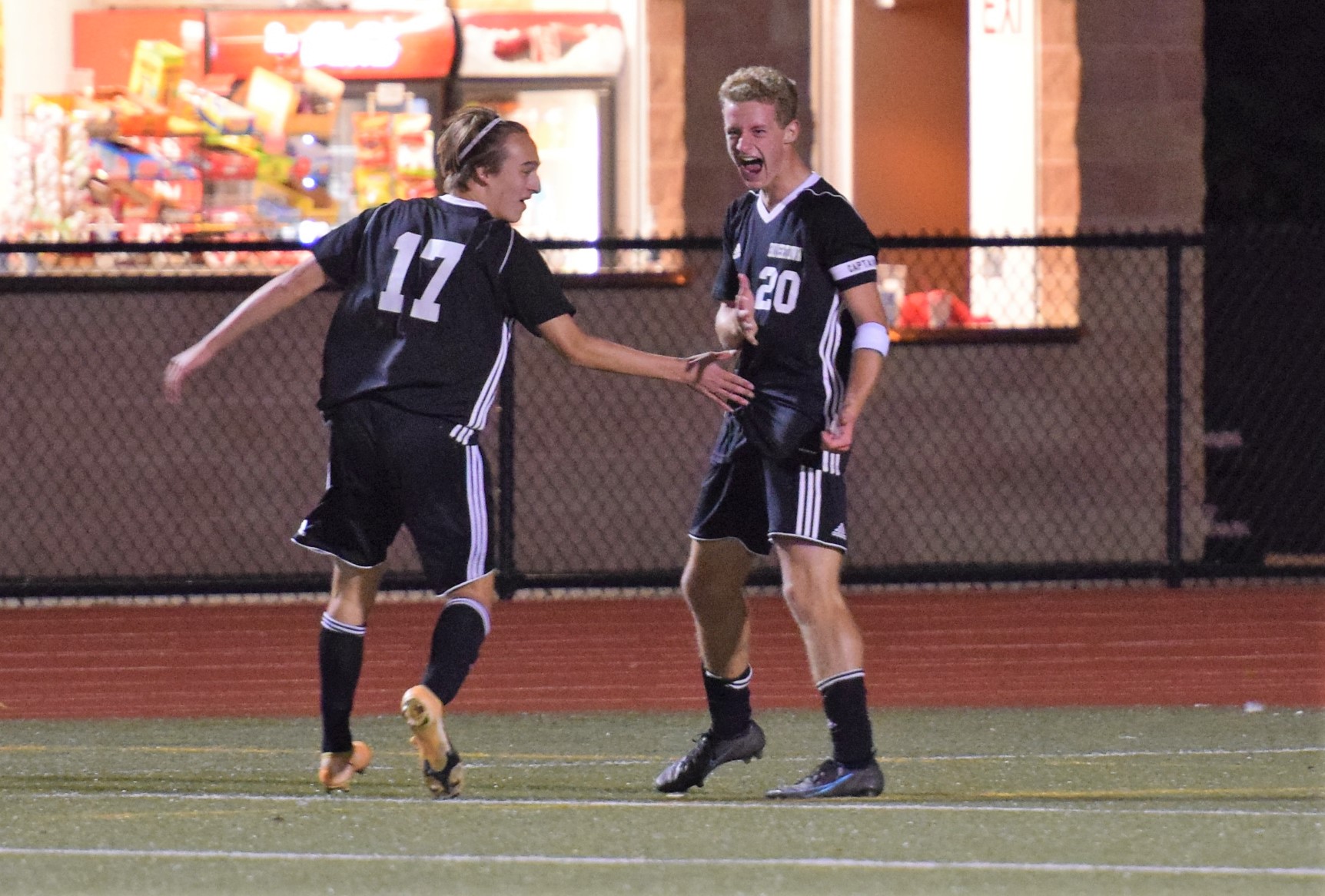 No. 1 seed Boyertown and No. 3 Methacton meet for the Pioneer Athletic Conference boys soccer championship at 7 p.m., Thursday night at Owen J. Roberts.

PAC playoff history >> This is Methacton’s first trip to the PAC Final Four and championship game, dating back to when the school joined the PAC in 2008. … Boyertown is pursuing a PAC threepeat and its seventh overall league title. The Bears are winners of four of the last six PAC championships (since 2015).

Methacton at a glance >> Historically not the most clutch PAC program, the current Warriors are trying to erase those ideas. Methacton, under 5th year coach Dave Stevenson, clinched its first Final Four trip at Perk Valley with a 3-2 win last Thursday, then came back against Upper Merion in the semifinals on an Otto Hull goal and penalty kicks from Hull, Braden Kavanagh and goalie Steven Remish, who also saved three Viking spot kicks in the shootout. Hull is the chief playmaker in the attack, alongside Kavanagh and pacey winger Zach Willen. The quick-passing midfield features juniors Brayden Ahlum, Lucas Capelini and senior Matt Weber while the defense is anchored by center backs Graham Halfpenny and Tony Paone and outside backs Cam Chilson and Aidan Cleary.

Boyertown at a glance >> The Bears entered the season as PAC frontrunners and carried themselves as such by keeping their distance atop the topsy-turvy Liberty Division all fall. It’s a senior-heavy group for second-year coach Matt Danner that is looking for the PAC’s first threepeat since Owen J. did it between 2006-08. The first name on the team sheet is senior Beckett Wenger, an All-State forward as a junior, who was a one-man gang in the semifinals with a hat trick. Whether playing wide forward or in the midfield, he’s the danger man. Complementing the attack are seniors Ryan Goffice and Colin Eisenhard. It’s an experienced defense featuring senior goalie Nick Rothenberger and defenders Justin Patten, Zach Foskey and Luke Moser; junior Nathan Seip capably stepped in for the injured Matt Selders in the semis. Underclassmen Brady Albanese, Chase Bartman and Macade Knoblauch start in the midfield that rotates frequently and can also feature Mason Lorah, Tristan Chambers, Kegan Foster and Matt Choi and Alex DeForge.

Matchup and prediction >> Back on their Sept. 14 meeting, Boyertown needed a furious comeback with two Luke Moser goals in the final four minutes to emerge with a 3-2 win. Methacton was stung but left knowing they were right with the Bears. Captain Graham Halfpenny even offered a prediction of sorts that seemed ambitious at the time. “I’m trying to push everybody forward so we can come out and compete in games like this against the PAC reigning champions. At this rate, I’m seeing us playing them in the PAC championship game hopefully. That will hopefully be the matchup to watch,” he said. So it is. Methacton has talent, an attractive playing style and a number of quality results. History does not look kindly on the Warriors in this one, though. Boyertown has beaten Methacton in 20 of their last 22 meetings dating back a decade to the start of 2011 season including both meetings this season. (The most recent win was Sept. 27, 2017). Boyertown is a physical force, has greater experience in big games as a collective and a star player that can take over a game like Wenger did in Tuesday’s semifinal. Wenger and Patten both spoke to the motivation of winning the PAC title on the playoff stage instead of the wait-and-see, non-playoff experience of the pandemic-altered 2020 season. They’ll get their chance to lift the PAC championship plaque Thursday night … Boyertown 3, Methacton 1