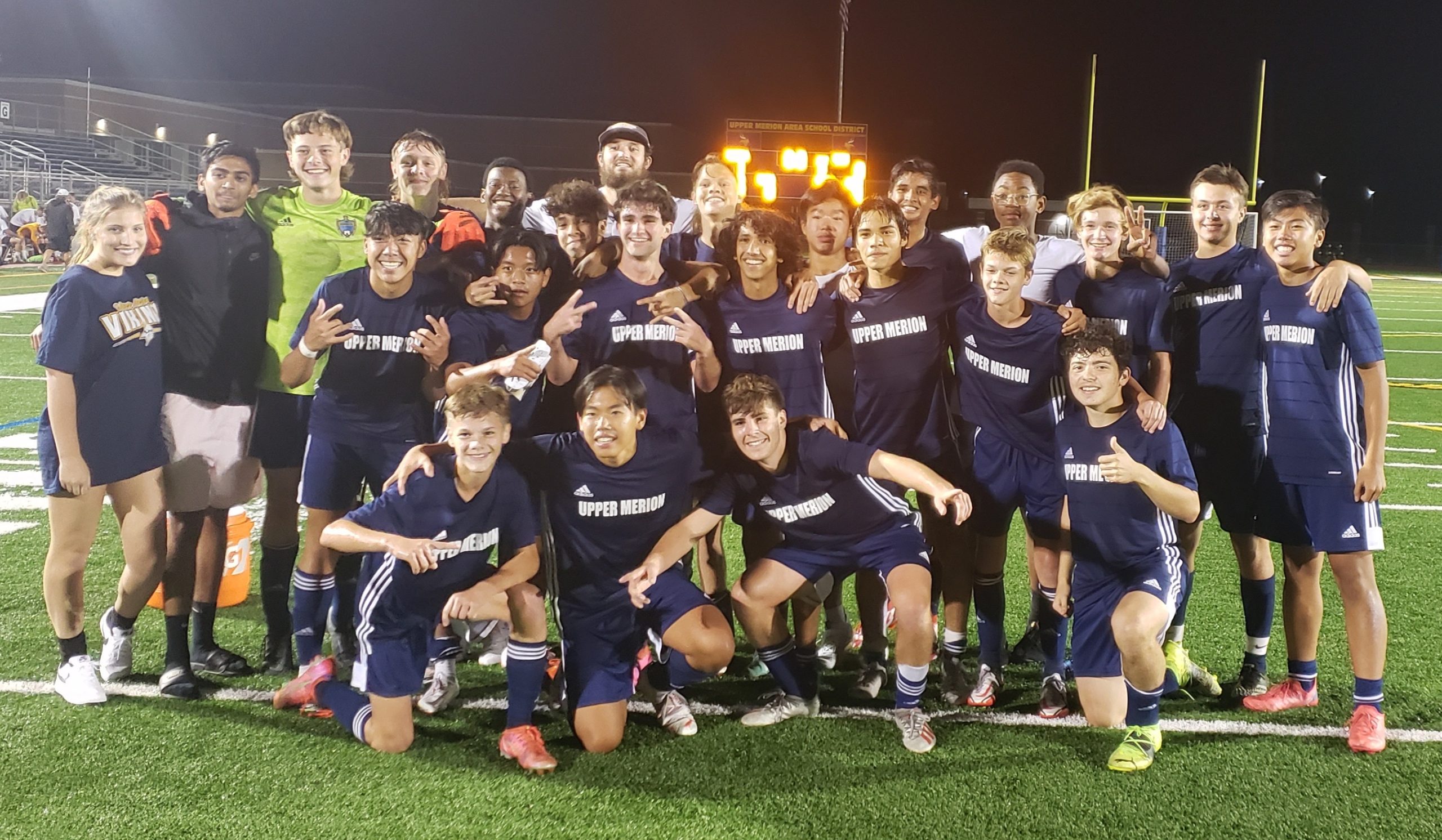 When the teams met Thursday night at Upper Merion Area High School with the Pioneer Athletic Conference Frontier Division championship and a spot in the PAC Final Four on the line, Rojek was the difference on the scoreboard.

The junior scored in the 26th minute to lift Upper Merion to a 1-0 win and their first league championship since 1985.

“It’s a huge one,” Rojek said of snapping a 36-year drought. “It’s unbelievable. The boys come out here every day –we work hard. Hard work pays off.”

“This means a lot,” Upper Merion captain Tyler Runkle said. “We’ve been working so hard. As a senior, in my four years playing here we haven’t gotten very far. This just means so much to me, especially for my senior year.”

Rojek’s game-winning goal came after a corner kick. The Tribe sent the ball out of the box, but didn’t completely clear it. Runkle was there, about 40 yards from the goal, to send the ball right back in. Rojek got behind the defense, found the ball and put it away.

“They lost track of me,” Rojek, who’s still wearing a cast on his right hand after missing six weeks, said. “I checked back onsides. Over the top ball, put it in the corner. Just finished it.”

“He brings an elite athleticism,” Upper Merion coach David Lawrence said. “He has great skill and an ability to finish the ball, find the back of the net.”

After the score, Rojek turned right and ran to the corner, where he celebrated with his teammates in front of the Upper Merion student section.

“He’s always yelling and keeping us hyped,” Runkle said, “especially when he was on the bench. We still had his energy even when he wasn’t on the field.”

Rojek’s strike was all the Vikings (10-5-1, 9-4 PAC, 9-1 PAC Frontier) needed with the way their defense was playing. Runkle, Ethan Nguyen, Justin Vo and Evan Wintersteen all consistently won 50/50 balls and made smart plays to keep Upper Perk’s offense away from their keeper.

“(Upper Merion) took advantage of an opportunity and scored their goal,” Upper Perk coach Kyle Fisher said. “Collectively defensively I thought we did a decent job, but once we got the ball we didn’t do a good job of keeping it. For a team that prides themselves on keeping possession of the ball, when you can’t keep possession of the ball it’s going to be a long night. We just couldn’t get anything going offensively and that’s the bottom line.”

The Tribe (12-6, 8-5 PAC, 7-3 PAC Frontier) started to generate offensive opportunities in the final 15 minutes of the game. They put three solid shots on goal in the 70th minute, but Upper Merion keeper Ashton Fox was there to turn them away.

“We definitely got tired in the second half, which kind of brought on that pressure,” Runkle said. “We just had to keep playing and do our thing.”

Upper Perk’s last transition opportunity came with about a minute left, but Nguyen was there to make a slide tackle and knock the ball out of bounds. The Tribe had a couple throw-ins deep in Upper Merion territory in the final 20 seconds, but couldn’t put a shot on goal before the clock expired.

“We didn’t play badly,” Fisher said. “Like I told the guys, you can try all the tactics you want – you have to win the ball. All the tactics in the world don’t much matter if the ball is on the other guy’s foot. I’m proud of the guys’ effort. We held them to 1-0. We just couldn’t get anything generated. We tried a couple little tactical adjustments at the end to put a little more pressure of them. We had some decent pressure in the second half of the second half.”