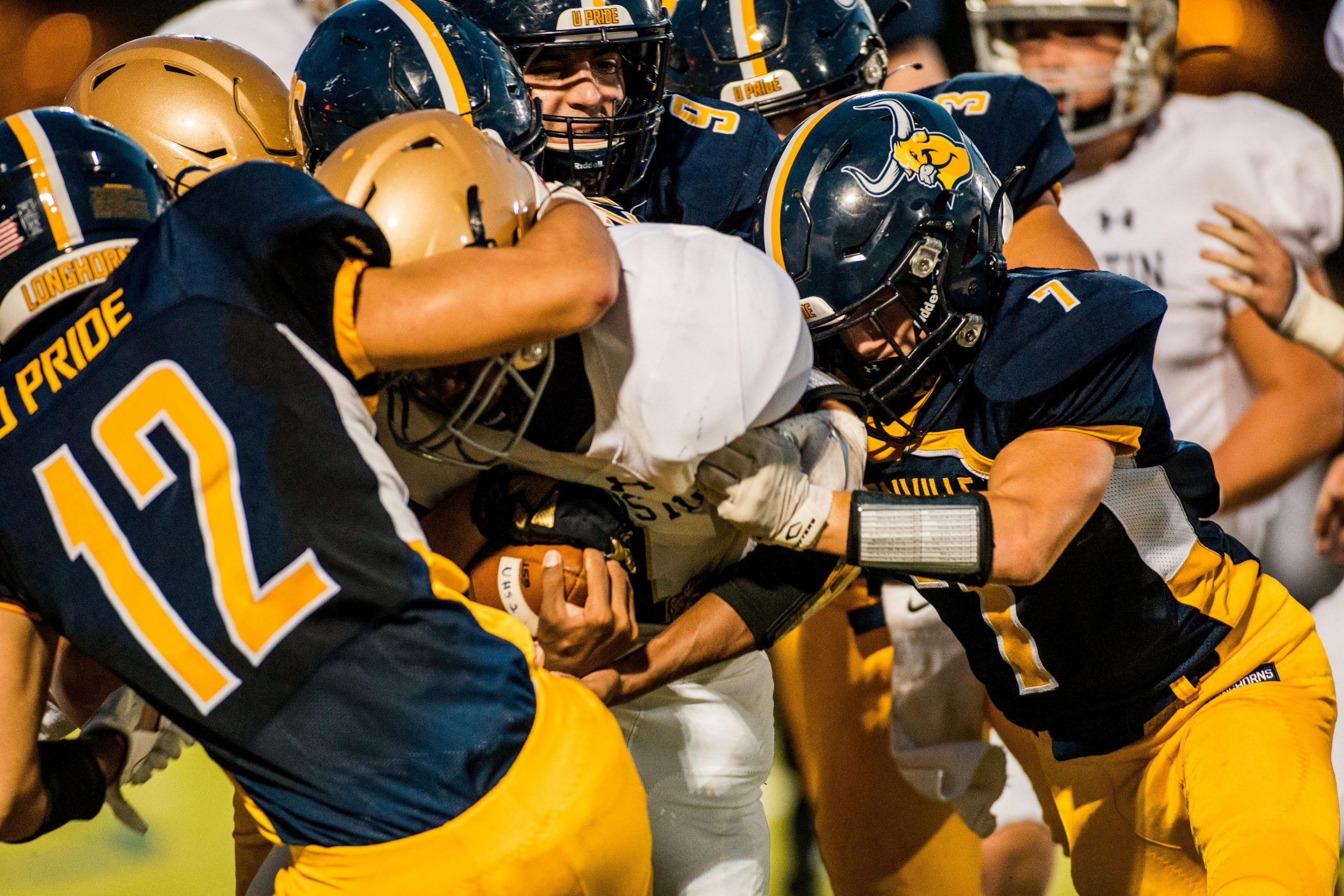 In this age of spread offenses, five wide receiver sets and up tempo offenses, one thing stands out in high school football that is in contrast to the explosive passing attacks: you still have to be able to run the football effectively to win games. High school games are still won up front.

The ability to impose your will as a football team does multiple things. It moves the football down the field, it chews up the clock which does not let the opposition as many possessions of their own to score the football. But, the biggest feature of a successful power running game may be that it demoralizes the opposing defense and shows who is going to be the boss in the football game that night.

And stopping the run is just as important, especially in the high school game. Last week, in a game that was an emotional cross town rivalry game between Kennett and Unionville, the host longhorns ran the football for 250 yards while allowing the Blue demons just 130 on the ground.

The Longhorns basically took talented Blue Demons quarterback Kalen Frazier out of the game and did not let running backs Luke good and Connor Jung any room to run. This shut down the Kennett offense and put the game in the favor of the Longhorns who rolled to a decisive 42-7 victory.

Watching the game you could see the body language in both the Unionville and Kennett players come the second period when it was apparent that the Longhorns were imposing their will last the expense of the Blue Demons.

The Kennet players did not seem to have the same bounce in their step as they did coming out for the opening kickoff. The Blue Demons seemed to almost know it was not going to be their day as the Longhorns moved the chains behind a ground game led by quarterback Matt McCloskey and Ethan Bennink and a dominant Unionville offensive and defensive line. Conversely the Unionville players were upbeat and running quickly on and off the field. The Longhorns players suddenly had a pep in their step and looked like they were energized by the way things were going for the Longhorns and were falloff confidence

This is not a knock on the passing game. Big plays and aerial attacks can turn around a game quickly and in the final seconds of a close contest, the pass is the way to go. But, in the high school game if one looks back over the years, the most successful teams are the ones that can run the football effectively and stop the run effectively.

Doing both of these things only inspires a team, brings it more energy and instills confidence in both units that is invaluable in games. The running game and stopping the run is the big reason football is a 12 month endeavor now as the best teams have a successful weight room program. You don’t lift in February to run the spread offense. You lift to get those two yards on fourth and one in a November playoff game.

So, while passing attacks most definitely can add up to wins in the high school game, the teams that can run the football and stop the run, on average, are going to the be the most successful teams year after year. A great quarterback will graduate, but the technique and desire to impose your will on the football field never graduates.