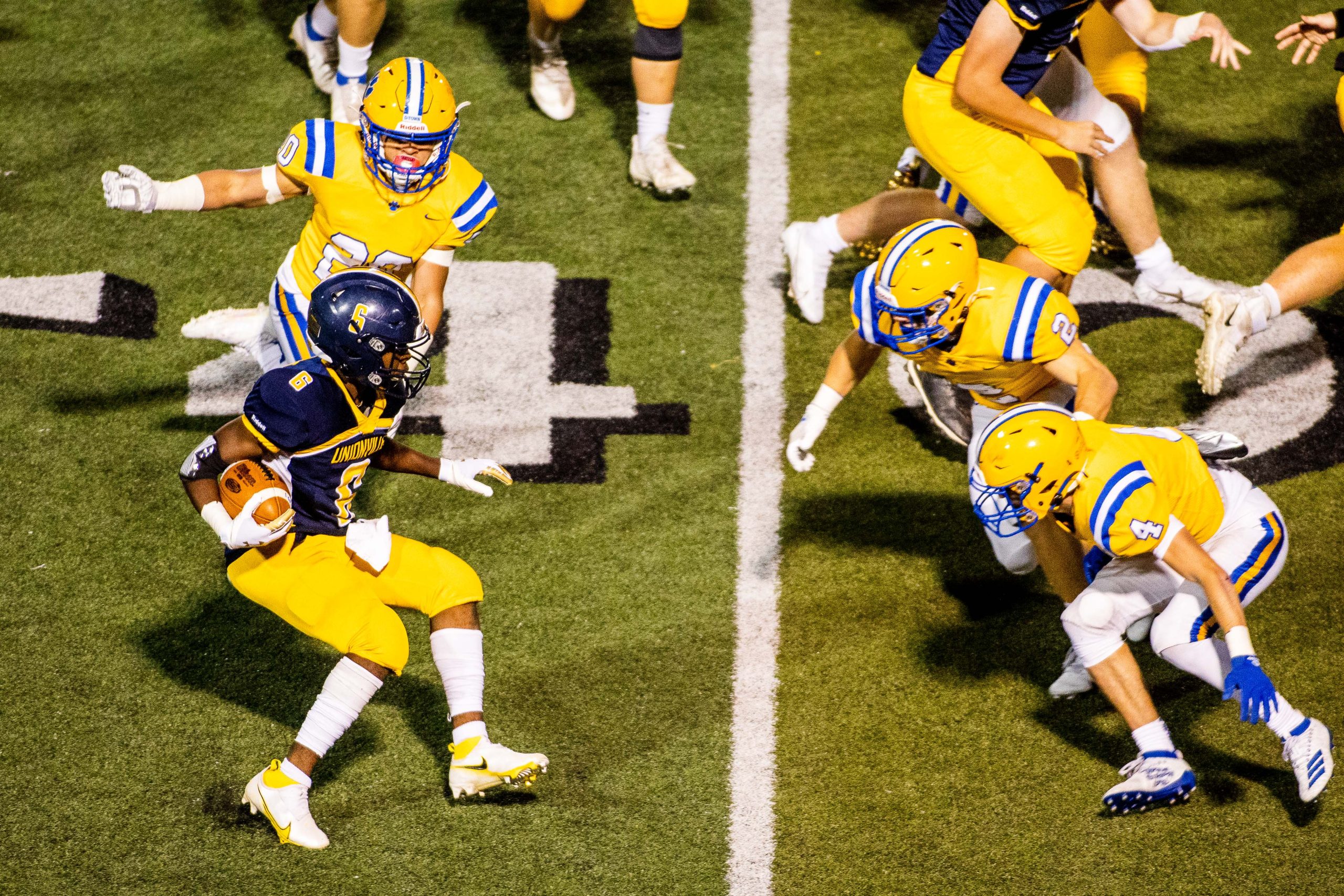 pdgiovanni07@gmail.com
@PeteDLNontwitter
Week Eight of the scholastic football season is here and this weekend’s games feature league clashes that will go a long way to deciding a Ches-Mont, Central and inter-Academic League champions. also, there are only three weeks until the District 1 playoffs begin and teams are desperately vying to qualifying improve their position in the standings. Here is a look at all the games.
Avon Grove at Downingtown East: Avon Grove isa much improved team this season. The Red Devils had some turnover issues in their 21-7 loss to Bishop Shanahan last week. Avon Grove will have to stop the vaunted Cougar running game featuring Bo Horvath and Josh Asante. Horvath rolled up 186 yards on the ground last week in the Cougars 25-20 win over Academy Park and Asante is finally healthy. The battle will be won up front and that is where I think the Cougars have the edge here although Red Devils defensive end Josh Reuter sone of the best in the Ches-Mont League.
Downingtown East 31, Avon Grove 14.
Downingtown West at Bishop Shanahan: Downingtown West lost a 31-28 heartbreaker to Coatesville last week in a game the Red Raiders won in the waning seconds. Whippet quarterback Evan Wickersham had a good game as he rushed for 45 yard on just 10 carries and two touchdowns. The Whippets likely have to win out the rest of the season to qualify for the 6A playoffs and will be a desperate team here. Bishop Shanahan allowed Avon Grove just seven points last week and the Eagles have been playing good defense all season allowing just over 11 points per game. But, the Eagles will be without lineman Dylan Jones for this game and that is a big loss for the Eagles.
Downingtown West 24, Bishop Shanahan 21.
Upper Darby at Conestoga: Conestoga suffered just its second loss of the season last week, falling to Strath-Haven 35-14. This is a much easier spot for the Pioneers who currently sit at number 11 in the 6A payoff race. Expect a big game from Conestoga quarterback Calvin Shirley against a Royals team that is giving up over 30 points per game.The Pioneers gave up 350 yards on the ground last week as Strath-Haven rushed 53 times without attempting a forward pass.
Conestoga 35, Upper Darby 14.
Great Valley at Kennett: Both these teams are coming off losses and both are fighting to bone of the top 16 teams to qualify for the 5A playoffs. Kennett did not do much in a 42-7 loss to Unionville last week. the Longhorns kept Blue Demons quarterback Kalen Frazier in check and he will have to have a big game here against the Patriots who have played solid defense all season. Great Valley lineman Brandon May is having a good season for the Patriots.
Kennett 21, Great Valley 14.
Oxford at WC Rustin: For West Chester Rustin it seems like senior running back Dayshawn Jacobs goes for 200 yards every week. Last week, Jacobs rushed for 274 yards and five scores and Oxford will  have to control the Golden Knights running game, something only Unionville has managed do to this season back in Week Two. But, Oxford can play defense and this game may be closer than some may think.
WC Rustin 35, Oxford 21.
West Chester East at Sun Valley: West Chester east is 0-7 on the season but this game may be the Vikings best chance to get a win this season. Sun Valley is coming off a 21-14 loss to west Chester Henderson in game the Vanguards lost three fumbles. The Vikings have running back Mitch Ragni, who went for 120 yards on 16 carries in the lopsided loss to Rustin last week. West Chester East only threw for 16 yards in the loss to Rustin and will have to better that in this contest to come out with a win.
WC East 24, Sun Valley 14.
Unionville at West Chester Henderson: Unionville bounced back form its first loss of the season to Downingtown East, with a impressive 42-7 pounding of Kennett last week. both Longhorns quarterback Matt McCloskey and running back Ethan Bennink, had big games as both rushed for over 90 yards. Up front, the Longhorns should have the edge with big Nate Holt leading the way. Warrior quarterback Eddie Smink scored three touchdowns in the 21-14 win over Sun Valley last week.
Unionville 28, West Chester Henderson 14.
Saturday’s games.
Coatesville at Chester: Coatesville roared back from a fourth period deficit to stun Downingtown west in the final seconds as Harrison Susi threw a game winning 19 yard touchdown pass to James Taylor. Susi is an explosive duel threat and the junior quarterback rushed for 154 yards and two scored and threw for another 163 in the win over the Whippets and can make a play from anywhere on the field. Chester is undefeated at 7-0 and the Clippers will be tough on their grass field. Chester is allowing opposing teams just 11 points per game this season.
Coatesville 27, Chester 14.
Penn Charter at Malvern Prep: This is the beginning of the Inter-Academic League slate for a Friar team coming off a 31-21 loss to powerful Archbishop Spaulding. The 31 points were more points than the Friars allowed combined in all of their previous games. Expect an angry Friars team to come out and establish they are the best team in the Inter-Ac and not allow the Quakers much on offense.
Malvern Prep 35, Penn Charter 10.