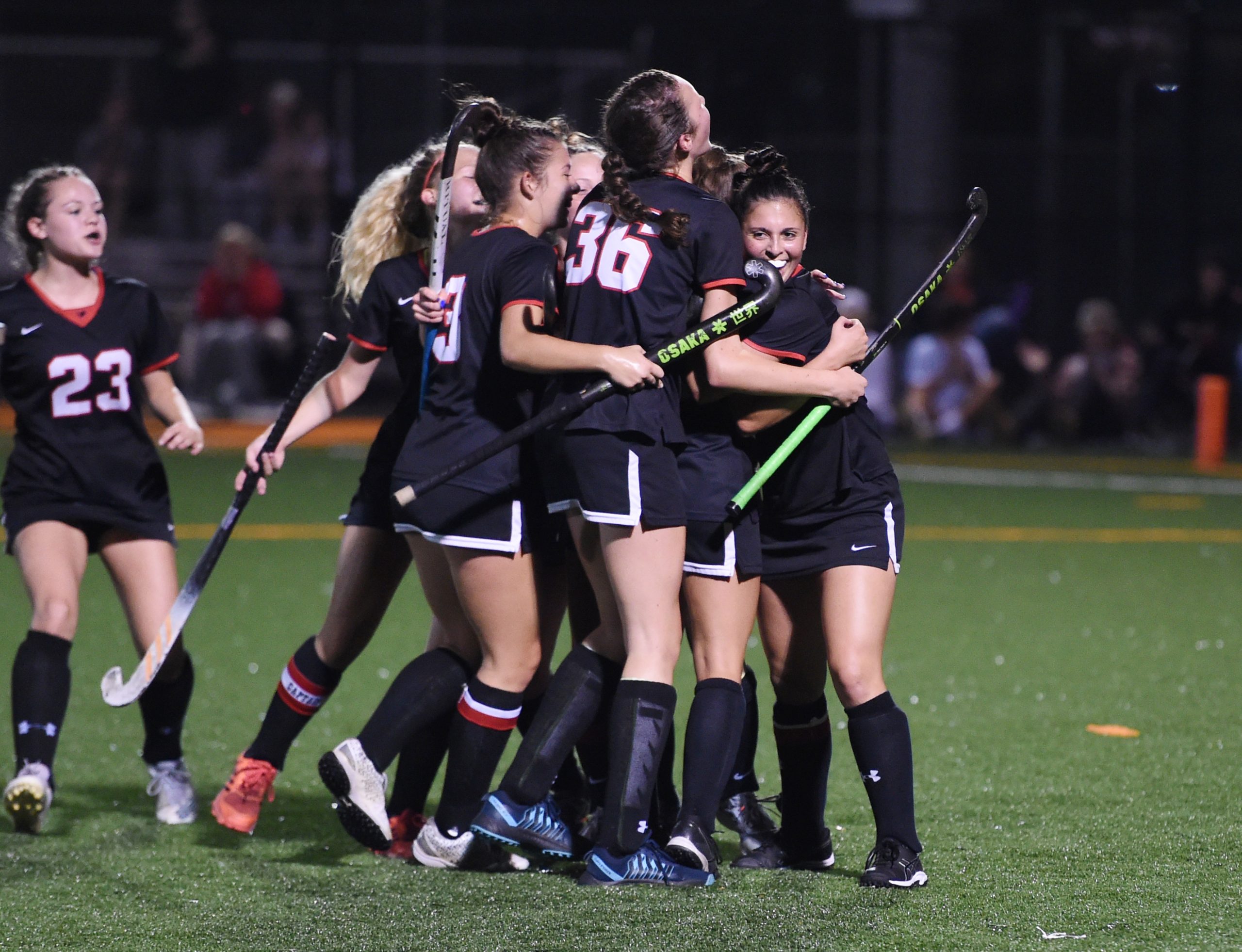 GRATERFORD >> The biannual meetings in the Pioneer Athletic Conference with Perkiomen Valley did not treat the Boyertown field hockey team kindly over the past decade.

Things have changed the past two seasons as highlighted by the Bears’ 3-0 win over the Vikings on Tuesday night — a result that highlights the growth of the Boyertown program in 2021.

Remi Lloyd, Peyton Shellaway and Alyx Morgan scored goals with Katelyn Dulin assisting on two of them to give Boyertown (6-2-1 Liberty, 9-3-1 PAC) a season sweep of PV and the its third win against the Vikings (4-3-1, 6-4-1) in their last four meetings.

“I definitely think it’s huge for the program,” said Lloyd, a senior. “Over the last seasons we’ve been really struggling to beat a lot of teams and PV, but I think this year with the coaching, it’s been a lot better and it’s been amazing to see how we can all play.”

“It feels like it’s all paying off this year,” Dulin said.

Dulin and Lloyd combined on the Bears’ first score. Lloyd sent the ball through to Dulin before she returned the favor to set up the game’s first goal with 2:28 left in the second quarter.

The Bears struck again with 57 seconds left in the half when Peyton Shellaway rebounded a corner and sent it into the back of the goal for a 2-0 Boyertown lead at the break.

Dulin helped put the game away with 11:56 left in the fourth when she passed across the field to Morgan for the game’s final goal.

“I think it’s just our chemistry,” Dulin said. “We’ve been playing for a couple years now and this year is the turning point. We see each other, we know where each other’s going to be on the field.”

Boyertown had 12 corners in the game compared to eight for PV. Helped by Lauren Keyte’s strong play, the Vikings had their opportunities, but the Boyertown defense kept its composure and goalkeeper Sarah Yoder made five saves to keep PV off the board.

Liz Gaffney saved three shots for PV, including a diving stop at the end of the third quarter, which kept the Vikings’ deficit to two goals heading to the fourth.

The loss marked PV’s fourth straight after a strong start to the season that included the only PAC victory over Methacton in 2021.

“I think our biggest problem — and we talk about this  — is just a lapse of like three seconds where we don’t work hard and that’s where the other teams take advantage, and that’s where they score,” PV first-year coach Rachel Hamm said. “That’s really where we’re falling apart.”

The PAC Final Four starts next Tuesday with a pair of semifinal games at Upper Perkiomen. Boyertown clinched one of the spots along with current division leaders Upper Perk and Methacton.

PV has work left to do in its final two PAC games against Methacton and Norristown on Thursday and Friday as Owen J. Roberts (3-4-1 Liberty, 5-5-1 PAC) looms a game behind the Vikings in the league standings.

For the Bears, who finished in either last or second to last in the division in each season from 2012 to 2019, the playoff experience is a moment they have been waiting a long time for.

“We’re really excited. I can’t wait,” Dulin said. “I think about it everyday.”

“We’ve never had a PAC experience the last three, four years we’ve been here,” Lloyd added. “For my senior season, it’s really exciting and I’m sad to leave these girls next year.”