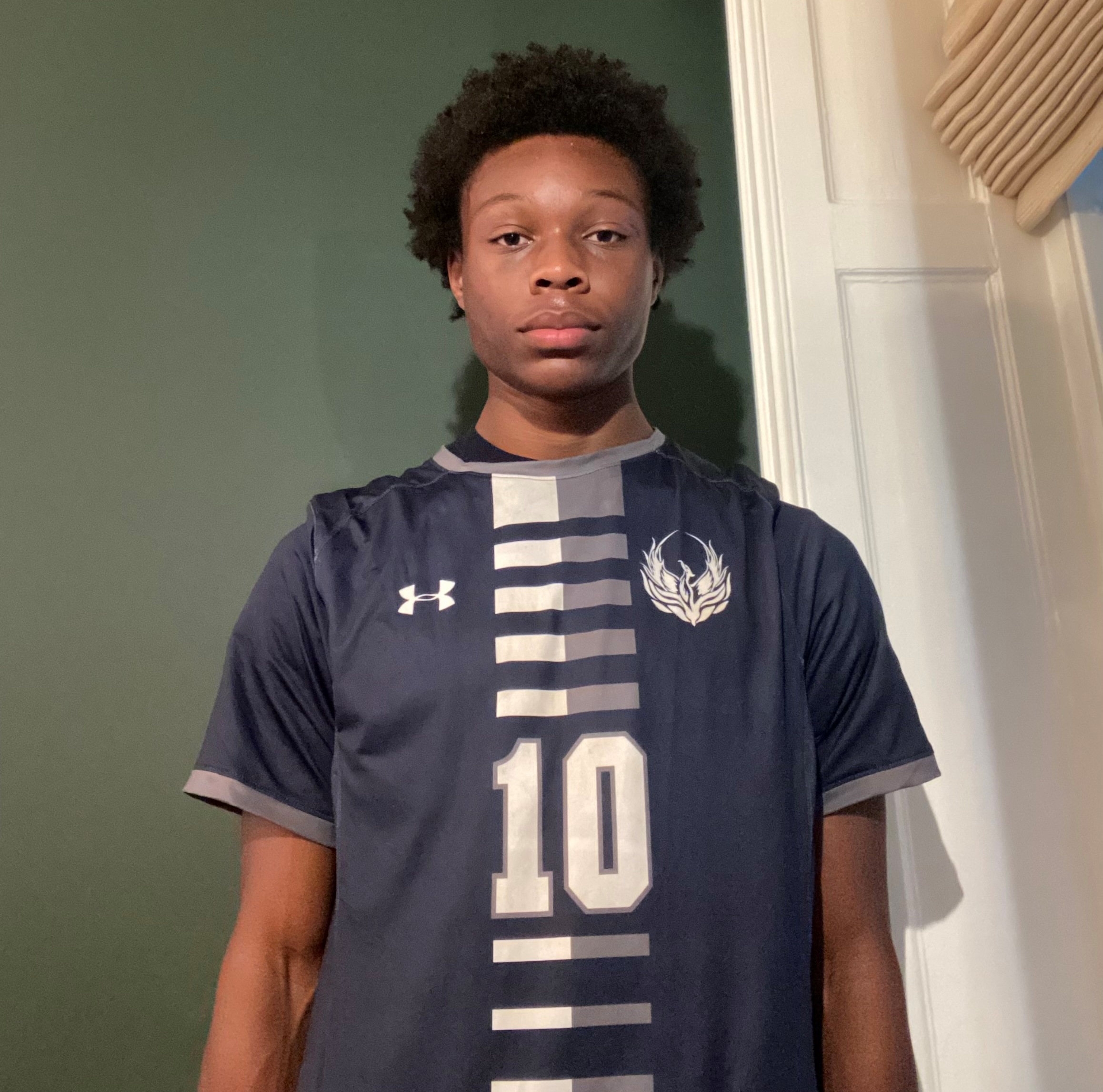 A sophomore center mid/forward for the Friends’ Central boys’ soccer team, McCrea has been the leading scorer for the Phoenix, with five goals and four assists in the team’s first dozen games. Friends’ Central boys’ soccer head coach Galen Guindon said, “Mason is an amazing and mature young person, and a super dynamic and intelligent attacking player. He plays well with his back to goal but is most dangerous when he gets into open space and creates for teammates. He is relentless with how much running and ground he is willing to cover over the course of the game. He’s a true leader by example.”

A: Over the summer, the aspect of my game that I worked on the most was ball control, but I also practiced finishing and precise passing. I knew going into the summer that I was going to mainly play the center attacking mid role for Friends’ Central which is a position that I have never played before. I knew that ball control was the main aspect of my game that I wanted to work on, because I was going to see a lot more of the build-up play to goal.

A: The biggest key to my scoring success is my teammates. This is a very special group of players who want to come on the field and win. With that passion and determination, many of the times I find myself in good scoring areas because of the work rate from them. We have a very young squad this year, only having three seniors. Most of our team is composed of freshmen and sophomores. This freshness brings a new perspective to the team which allows players to show their creativity and we collaborate in that sense.

A: The strongest aspect of my game is my ability to see the field. My awareness allows me more time on the ball because I have a good sense of what is going on throughout the different thirds of the field. Currently, I am working on being more clinical in the final third.

A: Throughout the years, I have had many soccer coaches, and each of them helped me to become the player that I am today – they all presented different bits of not only knowledge but also constructive criticism. Individually they have all taught me how to play different styles of soccer which helps today because it allows me to be a versatile player, which is very useful in team situations.

A: Usually, I like to have a calm mentality to allow my mind to be as clear as possible. It is tough to mentally prepare while in school because of the amount of work that is being presented by teachers, but this shows the importance of having a focused warm-up.

Q: You wear uniform jersey No. 10 for Friends’ Central – why did you pick this number?

A: My usual number is nine, but since that was unavailable I choose the number closest to it. In a sense, the number 10 represents a new chapter in my career since not only is this my second year playing high school soccer, but I am also starting at a new club this year after playing for Steel United for four years. Although there was no initial thought for me choosing to wear the number 10, the meaning behind the number has grown more significant to me over the past few months.

Q: What has been your most memorable experience with Steel United?

A: My experience with Steel is something that I will always remember. My most memorable experience there was the last game that we played together as a team. As the final whistle blew, everything that I had experienced at that club came rushing back to my mind. It was a very emotional day for many players because it served as the conclusion of an era. Many of those players I will never get to play with as teammates ever again, but the moments that we shared on the field are something that I will never forget.

Q: What is your favorite academic course at Friends’ Central?

Person I most admire, and why: “The people that I admire the most are my friends. We all inspire each other to be the best version of ourselves and we never hesitate to share laughs.”