Wissahickon finds its groove in win over Lower Moreland 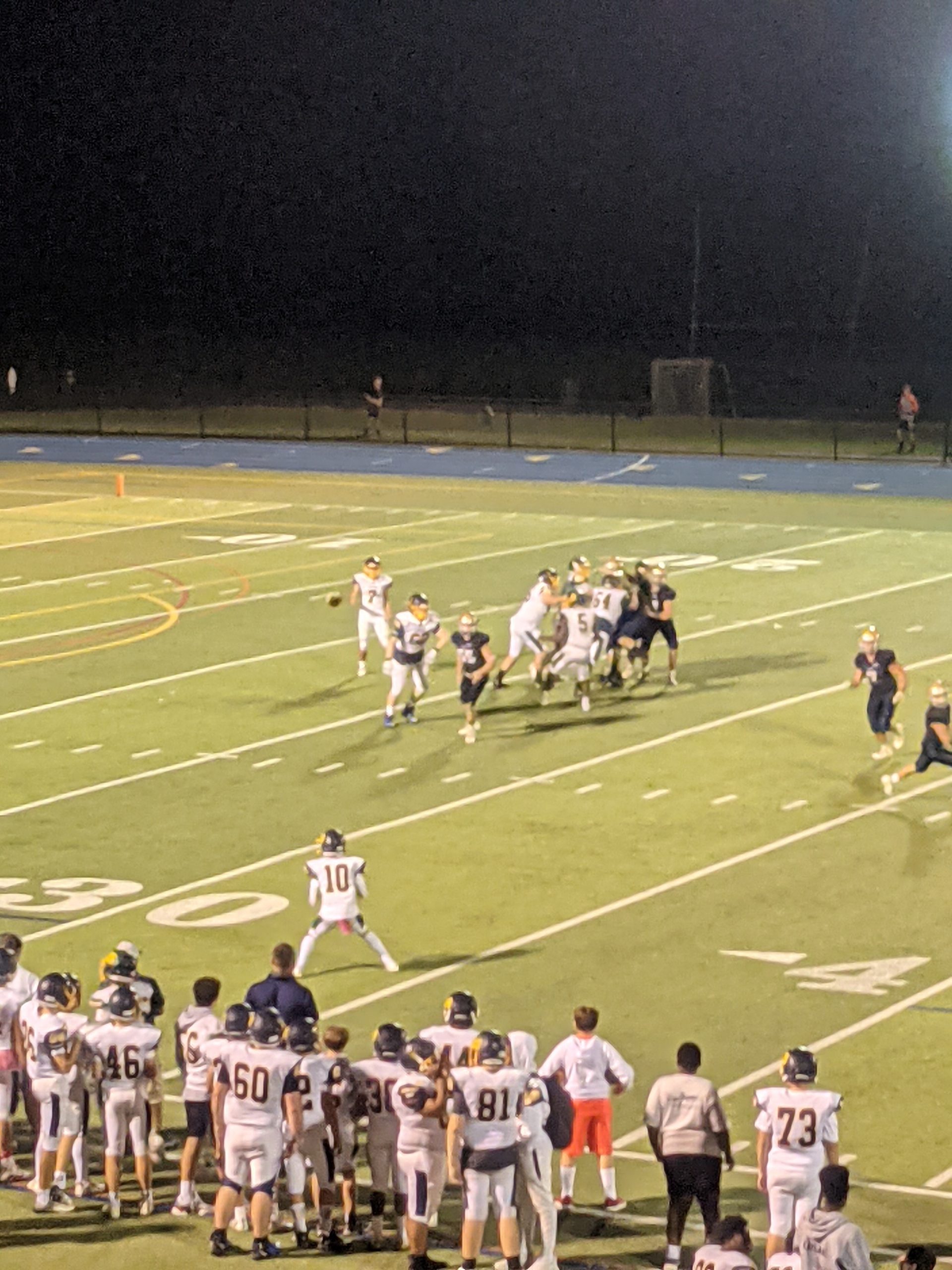 Ambler >> Wissahickon has been waiting for this for a long time.

After struggling to play consistently sound football in recent history, the Trojans have found the momentum that has long eluded them. The team recorded its second resounding win in the past three weeks, beating Lower Moreland 48-28 on Friday night.

A 2-5 record does not exactly look great on paper, but it certainly seems as though this is a program that has made strides. Just two weeks ago the Trojans pounced New Hope 43-7. Perhaps just as noteworthy as these blowout wins is the fact that Wissahickon has been competitive in most of its defeats. For a program that has been prone to lopsided losses the past several years, that represents progress.

“I think we’re a good football team that just has to find a way to win games,” said assistant coach Jim Gober. “We lost three games in a row that were very close and that we were winning at some points in most of the games. We had things go wrong, such as injuries and turnovers that kind of derailed those victories. We have some kids that can play. We know that. We are a little thin on depth. We wish we had more wins, but it is what it is.”

“The teams we lost to all have winning records,” Gober continued. “We’ve played some quality opponents.”

Gober subbed in as head coach for Friday’s win against the Lions on Homecoming night. Bruce Fleming, in his fourth season leading the Trojans, underwent a minor medical procedure and is expected back shortly.

Fleming, in a sense, has grown into the job in sync with senior quarterback Aidan Defeo and senior running back Kyle Lehman. Nobody will look back and remember the program’s overall record with Defeo and Lehman leading the way on offense, but their individual performances throughout their Wissahickon careers deserve recognition. They will not be easy to replace.

Defeo was sharp against Lower Moreland, particularly in the first half. By the midway point, Defeo had already thrown for 162 yards, including a perfect 28-yard touchdown pass to Jason Michaels down the sideline. He also completed a 48-yard pass to Jaylen Quick which set up another Wissahickon touchdown. He was not needed quite as much in the second half with the Trojans leading comfortably, but still finished with 261 yards through the air.

Lehman was a workhorse in the early going, tallying 11 first-half carries for 96 yards and two touchdowns. Following another huge 60-yard touchdown run to open up the third quarter, he was used sparingly for the remainder of the game. Lehman, a Penn State lacrosse commit, has been the brightest spot for the program even in not-so-bright times.

The Wissahickon running game did not miss a beat once Jeremiah Clark became the primary ballcarrier. He ran for 94 yards and two touchdowns on eight carries, adding two catches for 28 yards. Clark is also a senior.

“With (Clark’s) versatility, he can run any type of game that we have,” Gober said. “He can run our zone game and he can run our power game. He’s just a physical presence out there, which is just a boatload of trouble for the other team to tackle. He brings an attitude of physicality that nobody else does.”

Lower Moreland struggled on defense for much of the night, but the Lions threatened to make the game close late in the second half. If nothing else, they certainly did not stop playing hard for head coach Justin Beck. Junior quarterback Tolan Stahl scored all three offensive touchdowns for Lower Moreland, all of them coming on the ground.