Mercury Week 5 Football Review: Methacton hopes to keep piling up wins any way it can 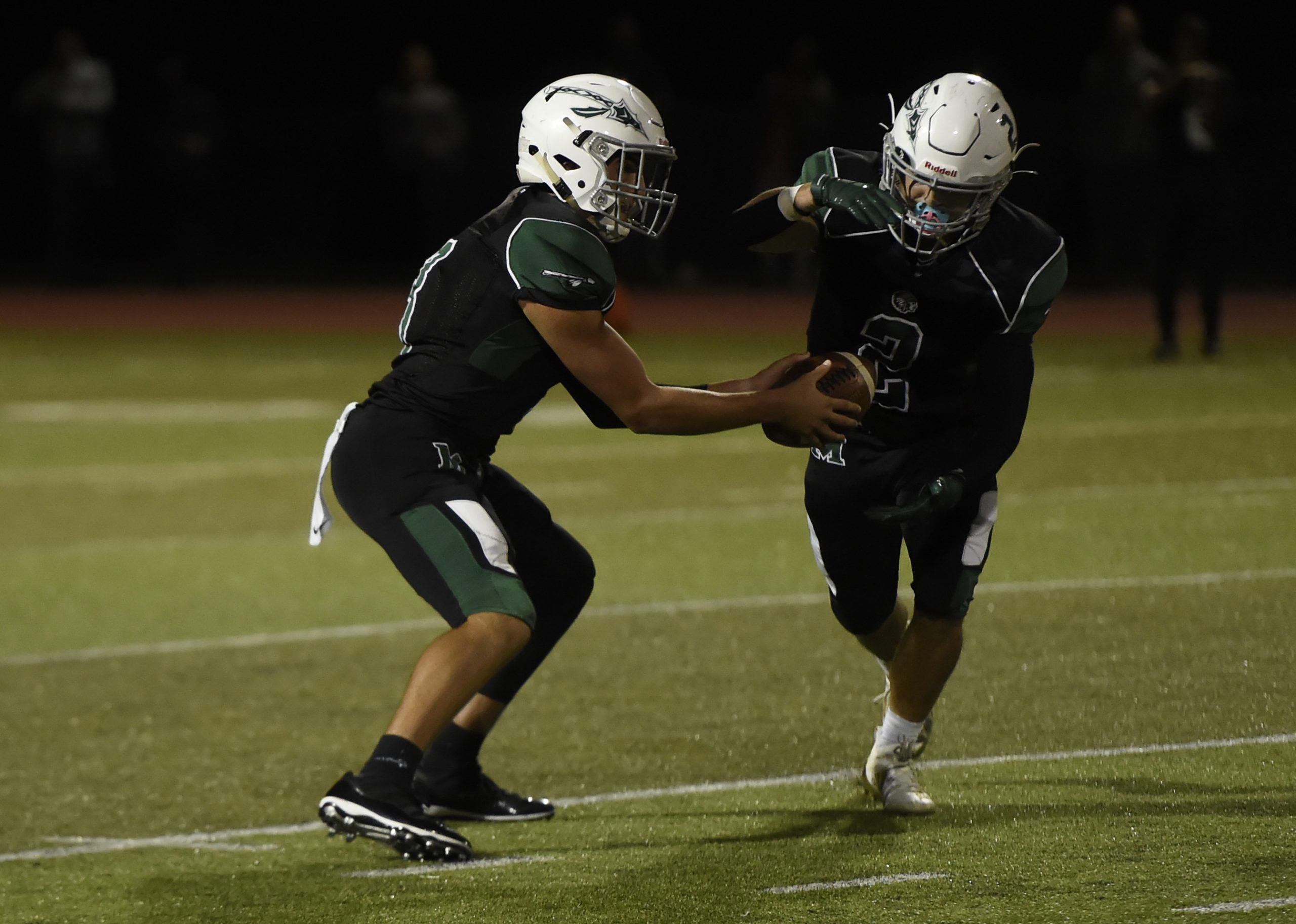 “In the end, there are wins and there are losses,” the first-year coach said. “Even if you’re only ahead by one point in the end – that’s a win.”

So far, Kennedy’s debut campaign has yielded four wins in five outings, giving the Warriors their strongest start in years. True to his word, those wins haven’t always been stylish, featuring some uneven play throughout – but as they did in Friday night’s PAC opener, the Warriors have found a way to come out on top in the end.

A slow start sat the Warriors trail visiting Norristown 13-0 at the end of three quarters Friday night, but the fourth quarter saw a sustained effort on both sides of the ball yield results, as senior quarterback Dan Brandi accumulated three scores – two on the ground, and the clinching touchdown through the air to Jake Chapman with 1:28 to play, pushing Methacton to 4-1 on the season.

“We’re ecstatic,” Brandi said after the game. “We knew we could do this and we proved we could. Now we get into some serious games – these first-half bad starts have got to end.”

Indeed, slow starts have been the Warriors’ Achilles’ heel, and it’s about to get much tougher to overcome such instances. This week, the squad travels to Owen J. Roberts, and contests with league champion Spring-Ford and current front-runner Perkiomen Valley following shortly thereafter.

Kennedy spent years as an assistant at various schools, among them Norristown and Pope John Paul II, before taking the top job at Methacton this past offseason. As disjointed as the 2020 season was at times, it did yield Methacton’s first winning campaign since 2014.

“So I knew,” said Kennedy, “that I wasn’t stepping into a full rebuild.”

Indeed, Brandi was poised to step into the QB role full-time after a couple years of sharing time with Mike Merola, and Tyler Weil-Kaspar has emerged as a workhorse running back (though he’s currently working through some injury issues). Defensively, All-Area performers like linebacker Chris Augustine and defensive backs Matt Blakemore and Brain Dickey returned for their senior season.

“We’ve been moving in the right direction,” said Kennedy. “I saw no need to create total change, just putting a different stamp on a few things. Some new terminology on defense, but football is football. We’re still blocking, tackling… just continuing to build on the attitude that’s been instilled.”

That attitude allowed the Warriors to eliminate their first-half mistake on Friday and go to 1-0 in the PAC.

“Unfortunately, we have yet to play well in the first half,” lamented Kennedy. “But our kids are resilient – that’s the one thing I can put a stamp on right now, they do not give up.”

Connor Kazel received praise from the coach, as his sack of Norristown’s Chris Carter thwarted the Eagles’ final attempt at a comeback.

Of course, things get tougher now starting with Friday at Owen J. Roberts. Leading area rusher Avrey Grimm will provide a challenge that Methacton has yet to encounter.

“A player like that – you don’t really stop him, you just hope to slow him down,” said Kennedy. “These next four games are huge for Methacton football, and we’ll find out what we’re really made of. I don’t think we can afford too many more slow starts. So we’ll get to work at practice, and hopefully we’re going to find our spark.”

The latest installment of the Spring-Ford/Perkiomen Valley rivalry did not disappoint Friday night, as the Vikings held off a hard-charging group of Rams 28-22 in Graterford. A defensive slugfest turned PV’s way in the second quarter, as quarterback Ethan Kohler (148 rush yards, 139 passing yards) found Dawson Debebe for a 30-yard score to break the ice, while Ryan Klimek’s first of two rushing scores made it 14-0 Vikings at the break.

But just as PV seemed poised to salt the game away, the Rams unleashed a series of big plays, the first of which was senior running back Harry Adieyefeh (23 carries, 122 yards, 2 TDs) breaking away for a 50-yard score to cut PV’s lead in half. Minutes later, SF blocked a punt deep in PV territory and finished  the drive with an Adieyefeh TD and two-point conversion to even the affair with about ten minutes to play.

PV’s Jeremy Brewer set up the home team with great field position, however, and Klimek’s second TD followed with 7:02 to play. Kohler iced matters with an authoritative 44-yard carry to put him over 100 rushing yards on the evening, followed by a QB sneak for the Vikings’ final points. Payton West’s late TD grab from Matt Zollers wasn’t enough, as Spring-Ford dropped its first PAC contest since 2018.

“I’ll remember this game, and this night,” beamed a victorious Kohler, “for the rest of my life.”

Speaking of lasting impressions, Avrey Grimm has left one in the wake of every Owen J. Roberts opponent en route to the Wildcats’ 4-1 start. The senior running back’s 283-yard outing in the Cats’ 27-20 victory over Boyertown was spectacular, but by no means extraordinary for Grimm, who’s now eclipsed the 1,000-yard mark for the 2021 season in only five contests. Discussion of school records is probably a moot point at OJR, where Ryan Brumfield once honed his craft, but several milestone-type numbers are well within the reach of Grimm, especially if OJR’s winning ways continue to propel the ‘Cats back into the postseason.

The Frontier Division slate featured a trio of shutouts, highlighted by Pottsgrove’s bounce-back performance against Phoenixville.

The 31-0 final score was made possible by a stalwart special teams performance that included a punt return TD (44 yards by Bryce Caffrey) and a kickoff return TD (75 yards by Amir Brunson). Caffrey added a receiving TD from the arm of Ryan Sisko, while the Falcons’ defense piled up five sacks and an interception.

PJP blanked Upper Perkiomen at home, 49-0. The Golden Panthers got an efficient first-half performance from QB DJ Clarke (12-13, 183 yards, two TD) while holding the Tribe to only 45 yards before the break. Freshman Dimitri Toman announced his presence with an 87-yard INT return for a score late in the third quarter.

A pair of pick-sixes from linebacker Harrison Young and safety Brad Zielinski figured prominently in Upper Merion’s 44-0 whitewashing of Pottstown.