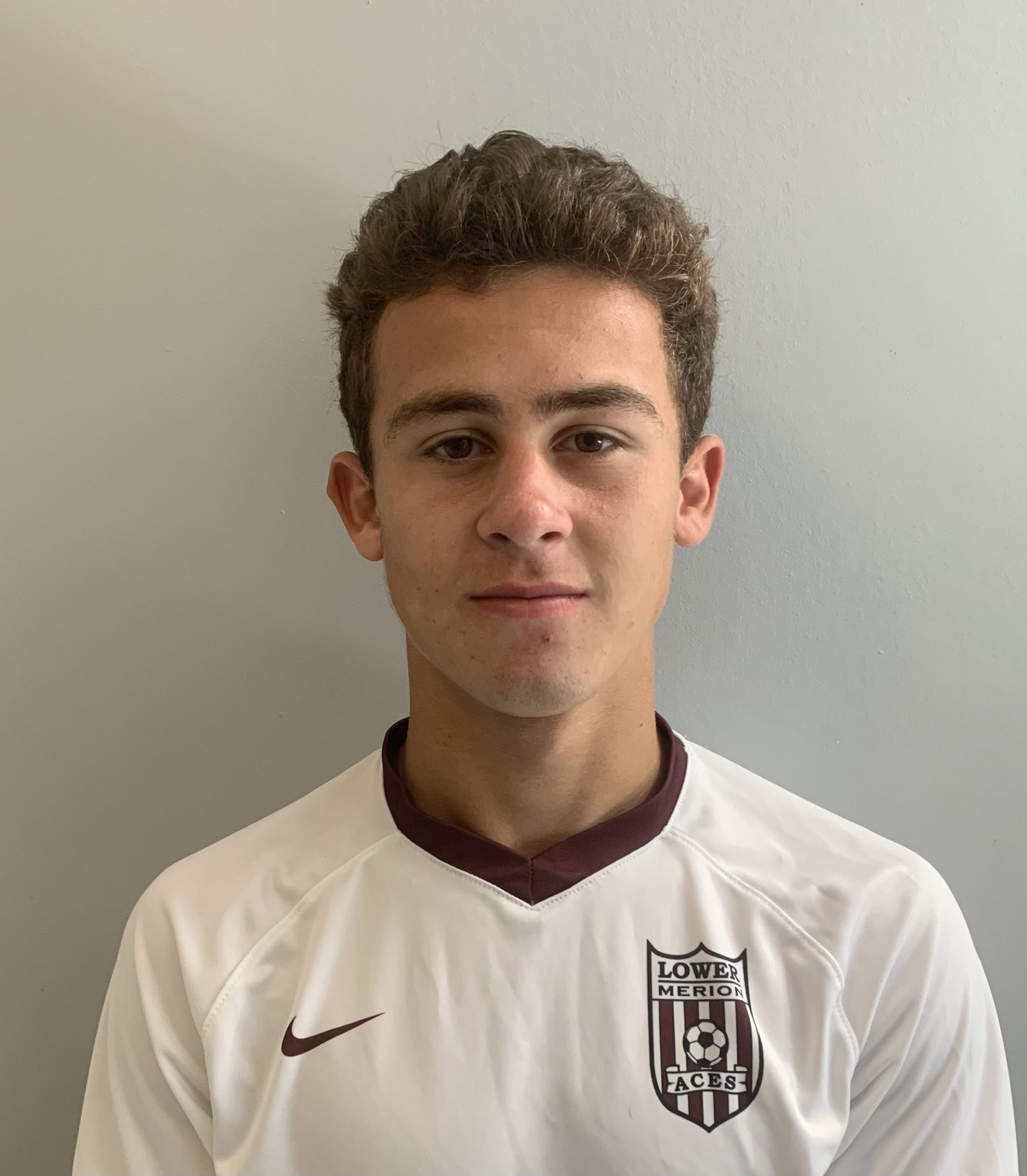 The senior striker has been a key reason for the early success of the Aces (6-0 as of Sept. 27) this season, scoring seven goals and dishing out seven assists. Last fall, as a midfielder, Joseph was a second team All-Main Line boys’ soccer selection. Lower Merion boys’ soccer head coach Nico Severini said, “Reid is a very determined player who always strives to give his best performance.  He works hard, is a good technical player, and works to get his teammates involved.  He has been a pleasure to coach the last several years.”

Q: What originally attracted you to the striker position?

A: My original position until two years ago was center midfielder, but due to the lack of outside midfielders on my club teams and my speed, it was determined I would be best used for my team out wide. I did not have the natural abilities of other wingers when I first started because I was not used to the position. As a center midfielder you let the ball do the work and move the most without the ball on your foot. The opposite is true for a winger. The position is a lot of fun because you give your team the best chance to score by crossing the ball. Also, the position allows you to be creative with the ball.

A: This summer I worked on my dribbling, 1v1 and shooting. I have transitioned from a center midfielder to a winger, which means I had to change what I am best at on the field. I also worked on my free kicks, penalties and corner kicks, which I take for Lower Merion.

A: The strongest aspect of my game is my ability to see the entire field and think 2 or 3 plays ahead of the other kids on the field. I developed this skill as a smaller sized midfielder when growing up because if I had the ball for too long I would get tackled by the bigger kids. The part I need to improve the most is my accuracy on passing and crossing the ball. In order to score off of a cross the ball needs to be pinpoint accurate, which is hard but is possible.

A: The most important part of my success is definitely my teammates doing above and beyond what they have been asked to do, in order to help the team. I have a lot of confidence in my teammates to have great performances. Being in the right place at the right time is very important too.

A: My first soccer coach, Jared Harris, taught me at a young age that the most important characteristic of a soccer player is how hard they work, so I made sure I was always the hardest working kid on both teams. My next coach, Dale Haines, taught me how to play my role on a team comprised of kids with many different talents and how to work together to achieve great things. My current club coach, Sam Lane, taught me how to adapt to a different position and how to improve the technical side of my game.

Q: How do you see your role as a team leader, on and off the field, as a senior?

A: This year I have been making sure to focus on everything I say and do because I know there are a lot of kids on the team that watch everything I do. I have a responsibility to make good choices and work as hard as possible whenever I’m on the field so that they do too. In school it is important to acknowledge my teammates in the hallway as well to build better team chemistry.

A: I like to eat a lot of protein bars and drink a lot of water leading up to the game. In the morning I stretch to make sure that I feel good for the whole day. I listen to music on the bus ride to games or when I’m warming up.

A: I wear No. 23 because my birthday is on the 23rd of February. It is a number that I feel gives me good luck when I’m wearing it.

A: I have been playing club soccer since I was 9 years old. The current team I am on, Invictus, has been to the state finals since the creation of the team, and last spring we won for the second time. We have been in the national league for the past 5 years too. In the winter we take trips to Florida and Arizona. My most memorable experience was when my team won state cups and then made it to the finals of regionals.

A: I want to major in Biology in college. Science and genetics are my favorite subjects.

(To be selected for Main Line Boys Athlete of the Week, a student-athlete must first be nominated by his coach.)