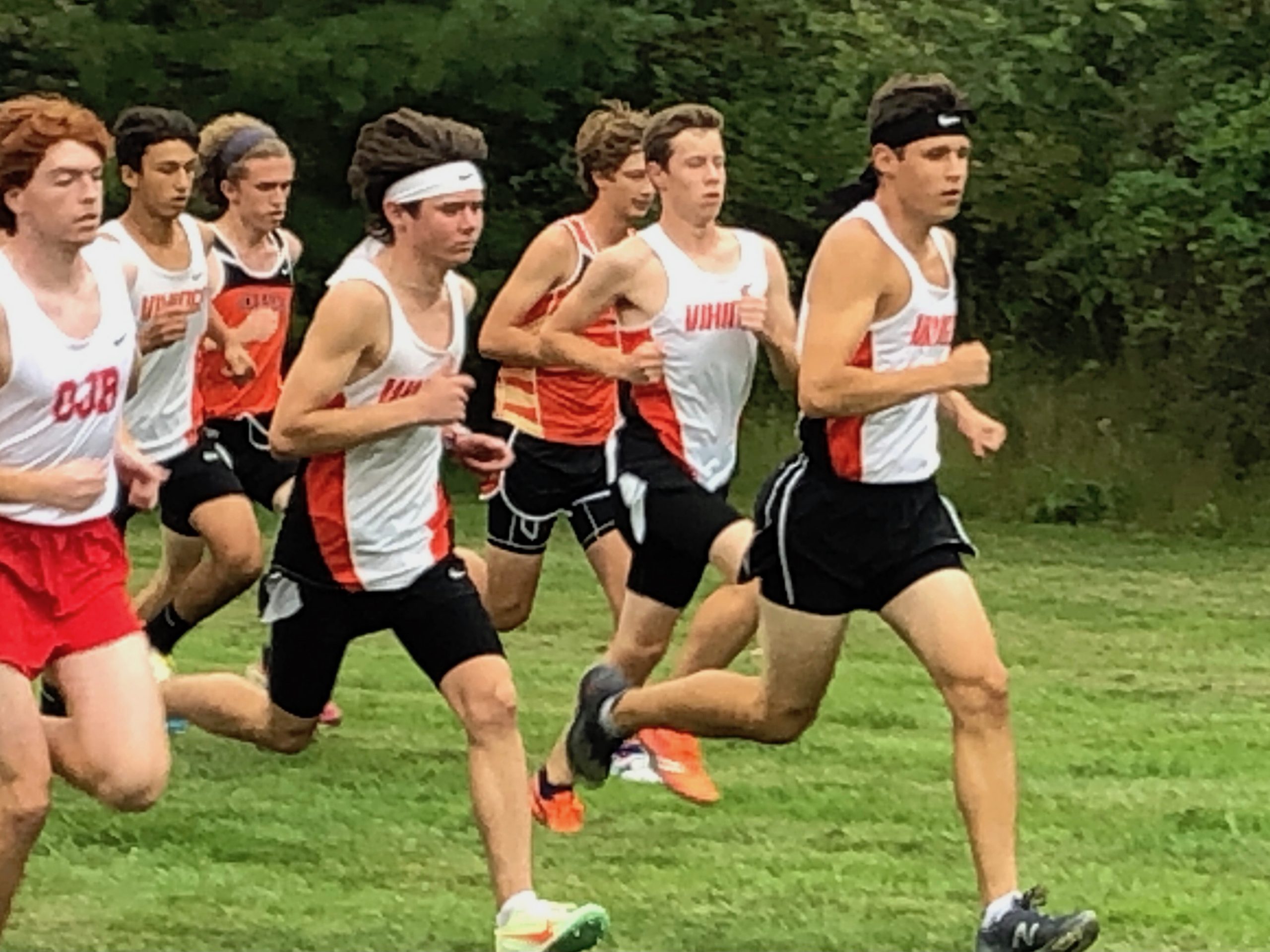 The other broke up another pack early on.

That was the story behind Perkiomen Valley’s sweep of Owen J. Roberts in their Pioneer Athletic Conference Liberty Division dual match Wednesday at Perkiomen Valley Middle School-West. While the PV girls dominated Roberts 17-46, placing eight runners in the Top 10, the boys prevented the Wildcats from doing the same en route to their 24-31 win.

PV came away from the day with the winners in both races. Tommy Bricker, one week removed from scoring the first victory of his scholastic career, added a second to his tally with a 17:33 clocking more than a half-minute ahead of OJR leader Jack Golden. And Summer Watts headed the Vikes’ dominant pack with a 19:16 clocking that bested teammate Allie Matasich by exactly one minute.

“Got to keep the streak going,” Bricker said.

The team win was less certain after a half-mile, Bricker and his teammate Evan Romano’s 1-2 run followed by seven Owen J. runners in hot pursuit in third through ninth places.

“I didn’t see that,” Bricker said of the race’s half-mile configuration. “I knew there was one kid there (front). After a mile, I went after it, with surges in-between.”

“It’s important we go easy on the easy days, and work hard on the hard days,” Watts said. “The day before a race, we go easy. We want to be rested the day of a meet.”

Watts’ clocking was more than a minute better than the 20:10 she ran at Upper Perkiomen last week. She described it as a “big jump” in performance.

“I had to push myself when I was in ‘no man’s’ land,” she said, a reference to her big lead on the rest of the field. “I saw my parents, and teammates who didn’t run, cheer me on. That got me going.

“The last quarter-mile, a big loop and two straights, I went all out.”

“The boys tried to step up and win the race,” Owen J. head coach Tim Marcoe noted. “They were very focused.”

The Roberts lineups showed several top runners — Thomas Damiani, Andrew McGonigle, Matt Kwiatkowski on the boys’ side, Claire Zubey, Ava Taylor, Abby Norton for the girls — not running. Marcoe cited a desire to keep the athletes in shape for the upcoming long run as a reason.

“We’re preparing for October,” he said. “We had a hard race last week. We want to keep them healthy and not do too much to soon.”

“We always look to run Owen J,” he said. “We circle this meet on our calendar. It was a letdown for us. I feel you get your mettle against stiff team competition.”

NOTES >> Both teams will be heading to Hershey Saturday for the PIAA Foundation Meet, part of the 2021 season’s return to invitational competition after such events not being on the 2020 schedule. “It’s fun because of the environment,” Watts said. “It’s a chance to go all out.” … Bricker noted similar enthusiasm on the part of himself and his teammates. “I run better when there’s a bunch of people,” he said. “It helps to get ready for districts and states.” … OJR and PV will be joined at Hershey by fellow PAC schools Spring-Ford, Upper Merion and Upper Perkiomen.