Pennridge boys, girls put it all together in wins over Souderton 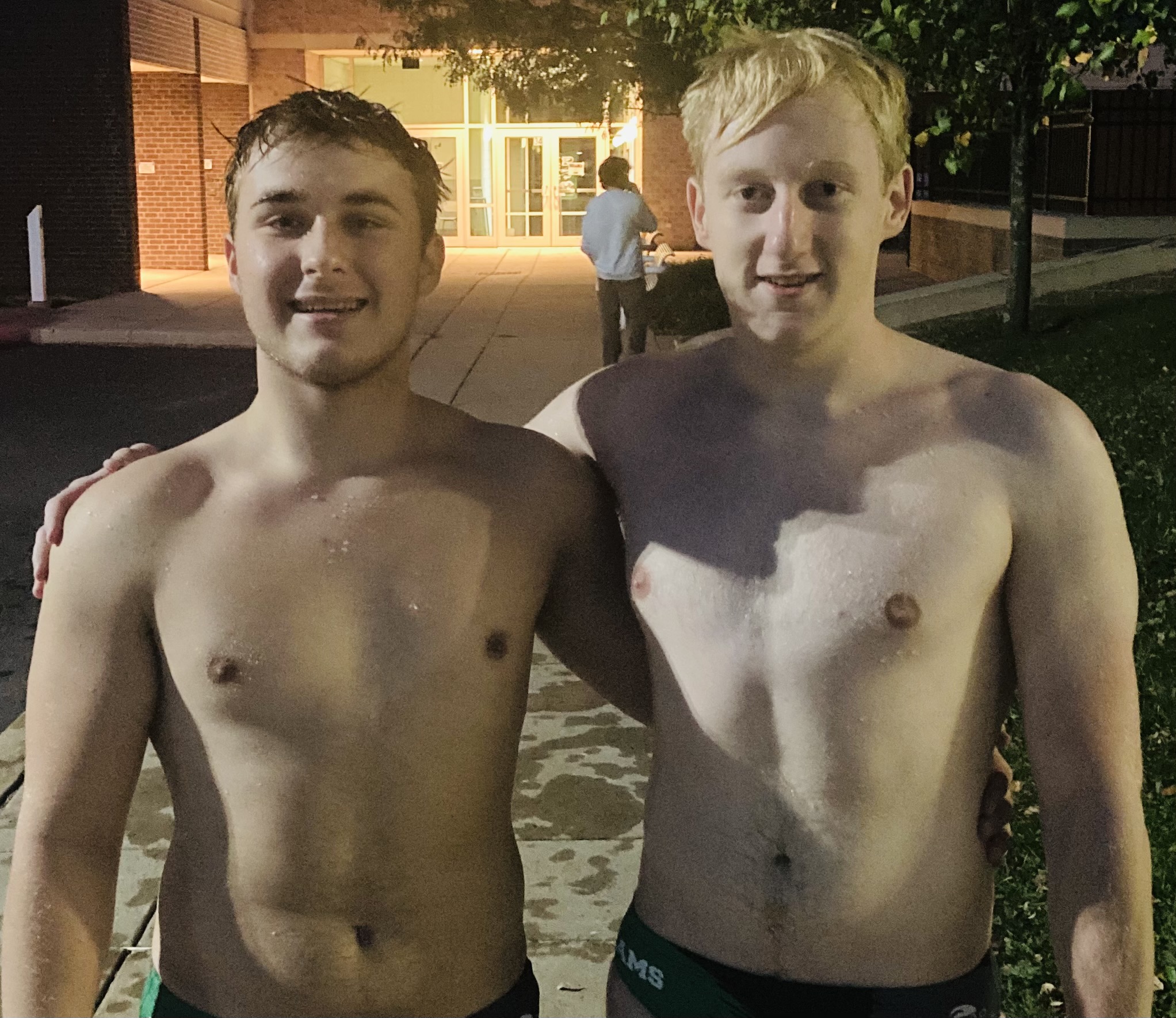 EAST ROCKHILL >> For every fast break, he was the speed bump, an immovable presence that backboned the Pennridge cause on Tuesday night.

“We could not have done it this game without our goalie,” Ram sharp shooter Erik Ulmer said of keeper Nate Lutz. “He’s a dog in the net.”

Lutz blocked 18 Souderton shots while the Ram offense kept connecting at the other end, as Pennridge enjoyed a tremendous overall performance in its home pool, and a 14-8 victory over Big Red.

The Pennridge girls were equally impressive, earning a 19-8 win over Souderton in the first half of the doubleheader.

“This is a big win. We had a couple tough games at the beginning of the season,” Lutz said. “To get a win right here is really big for our team and hopefully we can carry it onto Thursday against Springfield.”

Lutz made his presence known, and heard, as several strong shots by Big Red were met with a thud; another resounding block by Lutz.

“Goalie is one of those positions where it can go good or go bad,” he said, “and when it goes good, it feels so nice. So to put in a big performance here felt really good and I’m happy I could provide for my team in goal. It felt really nice. I was really amped about it.”

The offense made plenty of noise, led by Ulmer’s seven goals, with Joey Ruggiero adding four and Brett Musselman chipping in two. Ulmer also had a team-high four assists.

Said Ulmer of his role and the team’s focus: “trying to score, trying to lead the team, just trying to win the games any way we can.”

Pennridge won in many ways on Tuesday against one of its top rivals.

“In the first few games, we had missing pieces here and there,” Lutz said. “I think we’re starting to put it all together and I think we’re gonna be a really tough team when it comes down to the end.”

After Big Red got within 2-1 in the first half, Pennridge scored seven straight to build a 9-1 advantage.

“Souderton made them work for every goal. Souderton’s defense was there and our offense was just functioning at a really high level tonight, which was really cool to see,” Rams coach Jacob Grant said. “And our goalie, he was on fire tonight. He must have blocked four or five one-on-ones, fast breaks from Souderton, which was so cool to see. He was awesome.”

The Pennridge girls broke their game open in the second half, keyed by outstanding offensive performances by Adi Garges (nine goals) and Lea Preston (five goals).

“We really pulled through on this one. We found our team chemistry,” Preston said.

“We know how to work together,” Garges said. “Everybody does their part and it works out really well.”

Ally Ricciardi also played a pivotal role for the Rams, racking up six assists. The offense flowed from start to finish.

“I think we just knew where we needed to get the ball,” said Garges.

Said Preston of the Rams’ balanced attack: “We love spreading the joy, and the goals amongst everyone.”

A tight-knit Pennridge group was also bolstered by the play of goalie Katelyn Cuthbert, who blocked 13 Souderton shots.

“The last couple years, Pennridge and Souderton (girls) have really been back and forth,” Grant said. “So we knew coming in tonight, it was gonna be a dogfight. And in the first half, it was. Adi and Lea had a couple big goals to kind of put us ahead, and then in the second half, we just ran away with it.”