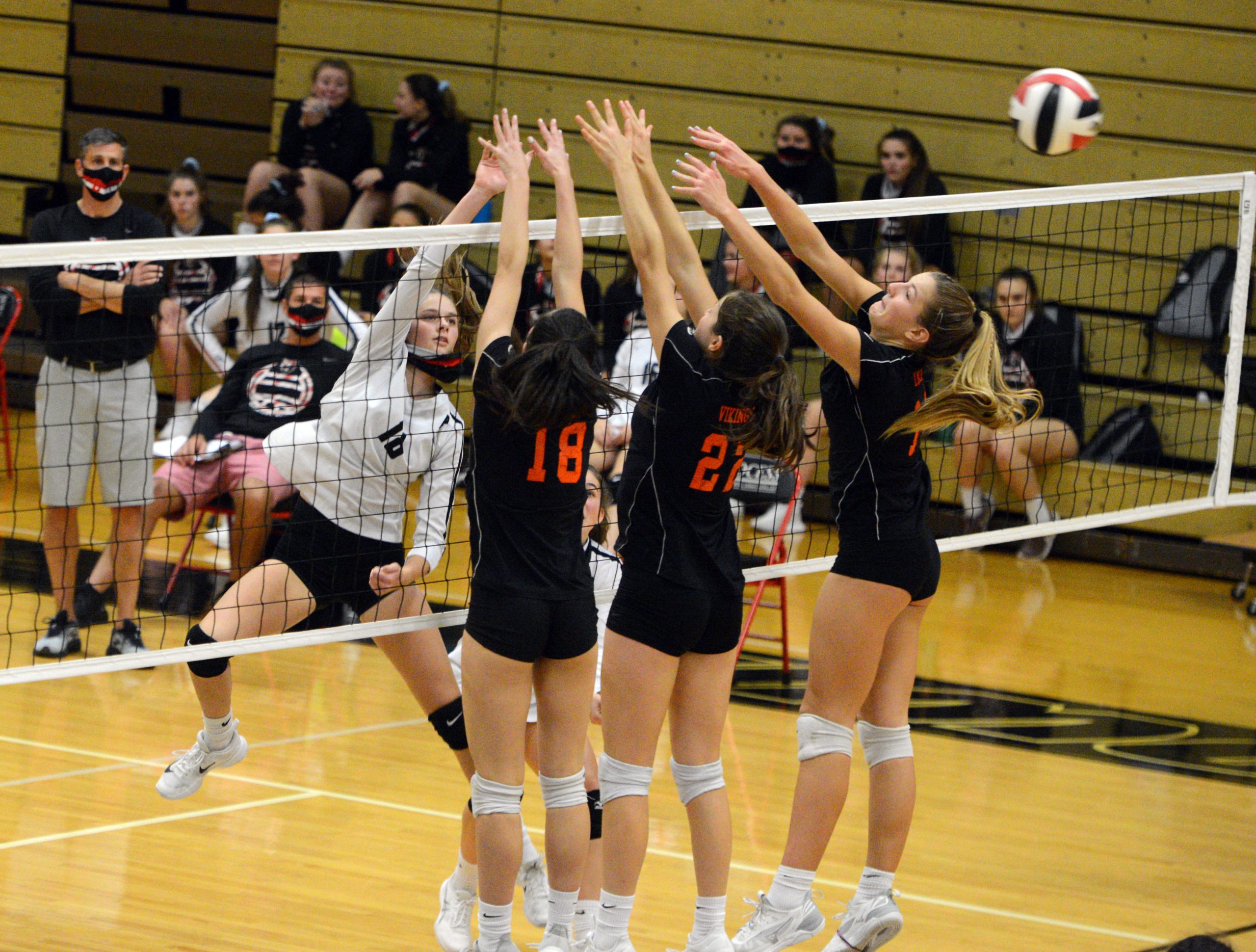 Season Outlook: The Bears completed their climb with the program’s first league title last season. Gone is a strong senior class led by 2020 Mercury All-Area Player of the Year Emma Ludwig, but the cupboard is not bare. All-Area first teamer Adrianna Derstine and honorable mention selections Carly Little, Grace Rinehimer and Emma Smith return to help give the Bears a strong core ready to compete for a league title once again. “We do have a lot of younger players who will be seeing varsity action for the first time,” coach Mike Ludwig said. “How we respond to adversity and pressure will determine how high this team can go.  We have a real strong senior class who can provide a sound foundation and example for the younger girls to follow.”

Season Outlook: Aubrey Hunt was a Berks I honorable mention selection a season ago, and the Blazers have a strong group of seniors ready to lead the way in 2020.

Season Outlook: The Warriors missed the District 1-4A playoffs for the first time since 2015 a season ago. Senior captains Melinda Eglinton and Megan Haftl were both first team All-PAC players in 2020. “There are a few new faces on the team this year getting significant playing time,” coach Alex Notaristefano said. “If we can incorporate the new players in newer positions to the returning starters with the experience, we will be able to compete very well in our conference.”

Season Outlook: The Eagles didn’t get a chance to play until the spring last school year, but they took advantage with a perfect 10-0 showing in the United 10 on the way to the school’s first championship since 2015. Norristown graduated 10 seniors, which will make things more difficult but first-year coach Miandabu Mbuy hopes to build off the success of the spring. “We never give up, and view things as a challenge,” Mbuy said. “We learn from our mistakes and quickly fix them. … We will continue to work hard and make sure we are competitors.”

Season Outlook: The Wildcats had a tough go of things last year in a six-team PAC, which featured four Liberty Division powers. Coach Amanda Lynch expects her squad is ready to take a jump to the next level. “This season the Wildcats hope to work on our offense while our defense stays strong,” Lynch said. “This is one of the best teams Owen J. Roberts has seen with good team dynamics and we are hoping to use that to our advantage.”

Season Outlook: The Vikings split their season with PAC champion Boyertown, finishing a game behind the Bears in the league standings in 2020. PV graduated seven seniors, but seniors Sam Corey and Lilah Maus and second team all-area selection Naomi Clauhs are back. “We have a lot of young players this year and for many, it’s their first time playing at the varsity level,” coach Jessica Highley said. “We will need our seniors to step up and be leaders to the younger players and help them stay calm and focused on the court.” That being said the Vikings’ high aspirations have not changed. “Our team would like to finish first in the PAC this season and make it to districts again,” Highley added.

Season Outlook: The Phantoms were one of the teams who got a late start to the season and were unable to compete in the PAC last season. Phoenixville will have to replace several strong defensive players, but senior sisters Riley and Taylar Dahar return and the Phantoms bring back two setters as well. “Our returning setters will provide some stability as we look to utilize our front row player to their full capacity,” coach Mike Lantrzy said. “We must provide accurate passing and defense in order to run an effective offense. … Primary goals are passing improvements, winning games we are expected to win and taking sets against tough teams.”

Season Outlook: With a delayed start to their season, the Golden Panthers didn’t get a chance to defend their 2019 league title, but they did pick up a three-set win over PAC champ Boyertown in a non-league game before another District 1-3A title and state run. Gone are seven starters including first team All-Area players Chelsea Harvey and Hanna Tulli, but PJP expects to compete for a league championship and make another deep postseason run once again this year. “We will have a new look this year with replacing 7 starters from last year,” coach Ryan Sell said. “I really like our team right now we have a lot of depth at every position and I’m confident that we will continue to get better as the year goes on.  … I think we will be one of the best serving and serve receive teams out there. … Our offense will need to come together to compete with the top teams in the district.”

Season Outlook: Like the Wildcats, the Falcons struggled against the more established Liberty Division programs in a six-team PAC in 2020. Seniors Sydney Schwanbeck (a Coastal Carolina beach volleyball commit), Sydney Wasdick and Jasmine Bowman are hoping to help Pottsgrove improve this season. Schwanbeck and Sydney Wasdick are four-year varsity players. “We have an amazing group of girls with a lot of heart,” coach Jaime Reinhart said. “They are ‘scrappy’ and will not give up. They are really fun to watch play. … With 7 new players to the varsity level, we are a bit inexperienced and have some athletes who will be trying out some new positions. If the girls can continue to work hard and have fun, they will be very competitive this season.”

Season Outlook: The Rams found a groove at the end of last season, winning their final four games, including victories over Perkiomen Valley and Methacton. This year the Rams hope to blend youth and experience to ride that momentum into a strong 2021. “I am expecting a pretty good season this year,” coach Josh McNulty said. “We have a lot of strong returning players and some good younger players. Overall it should be a pretty exciting season.”

Season Outlook: With a pandemic-delayed start to their 2020 campaign, the Vikings didn’t get a chance to compete with the rest of the PAC. Senior libero Vanessa Hutchinson, a three-year varsity player, and classmates Camryn Frebowitz and Amber Kelly hope to guide a group that will have six players getting their first taste of the varsity level. “Any time you have three freshmen in the varsity mix, there are going to be ups and downs,” coach Tony Funsten said. “On top of that we have three other first time varsity players. We are going to get better as the year progresses and hope to be playing our best volleyball by the time the PAC and District 1 playoffs happen.”

Season outlook: The girls volleyball team is one of the debut teams for the Alliance Christian athletic program, which merges the programs at West-Mont Christian and Berks Christian. The Lady Gryphons are strong at middle blocker, but have just one senior so a number of young players will be relied on to help compete for a CCAC East title. “West-Mont Christian and Berks Christian merged into one athletic program. So the girls from each campus must unite and learn to trust each other.”