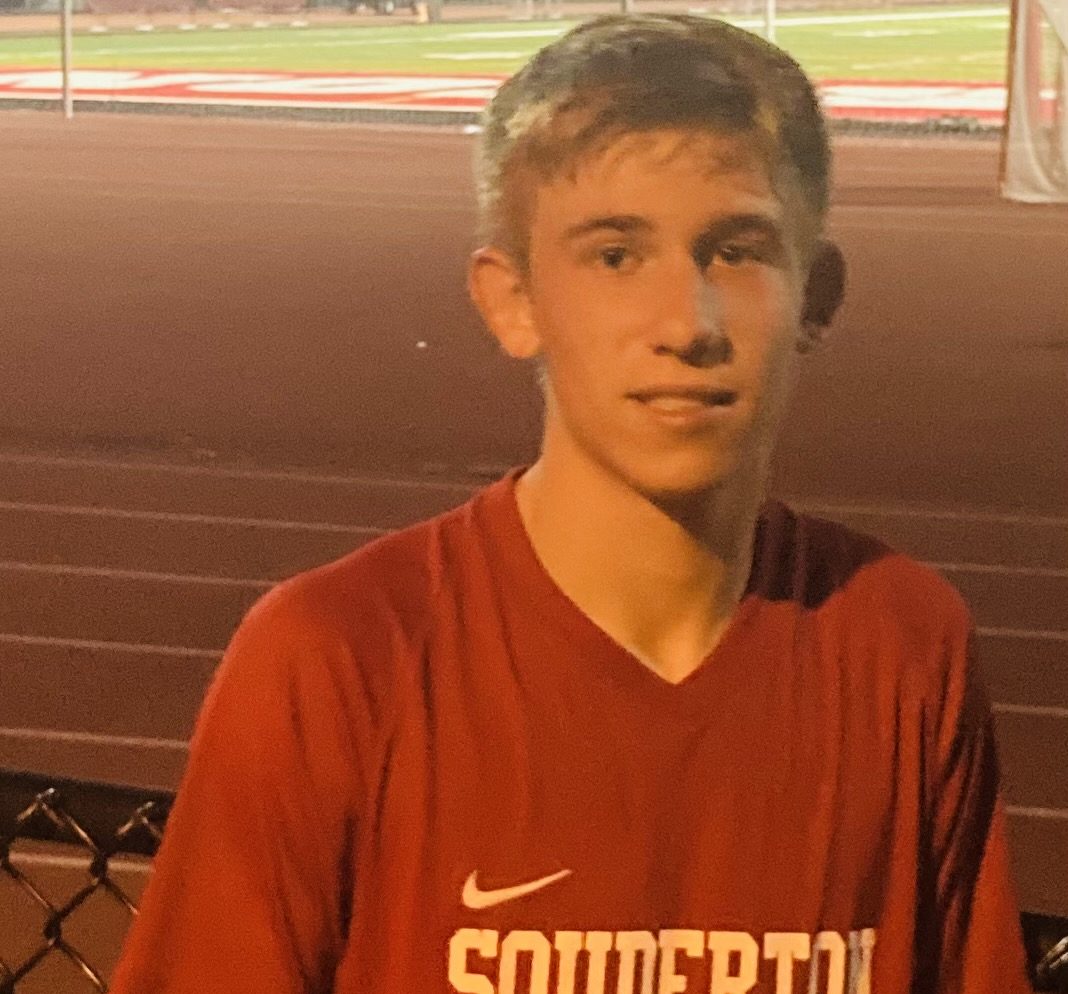 FRANCONIA >> Souderton’s constant pounding in the second half was about to pay off.

“In my head, I was thinking, this has gotta turn into a goal,” Nolan Hughes said of the sequence following his corner kick with under two minutes to play against rival Central Bucks East Tuesday night. “And it did.”

During a mad scramble for the loose ball, Central Bucks East committed a penalty that resulted in a penalty kick for Hughes.

The junior midfielder came through, his shot darting into the right corner, out of the reach of keeper Casey Prajzner, to even things at one apiece.

“I was practicing them so it was nice to convert one,” a smiling Hughes said.

Neither team would score in the final 90 seconds or the two 10-minute overtimes, but Souderton came away having earned a 1-1 draw with its Suburban One League Colonial Division foe.

“One point is better than zero,” Hughes said of the comeback. “We just gotta turn our heads to the next game.”

Big Red turned up the intensity after the break on Tuesday night.

Hughes’ corner – with 1 minute, 31 seconds to play – sailed into a sea of white and red jerseys, and created the opportunity Big Red was looking for.

“I hit a corner into the box and it was bobbling around,” Hughes said. “There are a few (penalties) that I thought could have been called. Our center back, Thomas (Smith), got pushed down, and our other back (Tyler Bovell), got taken out and that’s what got called.

“East is a really good team. Any team in our league is gonna be good. East put up a good fight but I thought we played really well in the second half.”

Big Red controlled play for most of the way after the break but East broke the scoreless tie on an own goal with about 13 minutes to play. It was East’s Michael Montabana who had played the ball up.

But Big Red kept its focus.

“We changed a little bit of our tactics,” Hughes said. “We put some players in different spots and I think that allowed us to move the ball better, which shifted some of (East’s) momentum.

“We were getting chances and then we finally put one away at the end of the game to tie it up.”

Souderton had a nice scoring chance with about a minute to play in the second overtime, but Prajzner was able to come up with the save.

Souderton played the final 60 minutes the way it wanted to.

“Every game’s a battle. Credit to East. They came out tonight and were ready to play,” Big Red coach Matt Benner said. “They brought a lot of energy and they were beating us to balls throughout most of the first half, just playing with a little bit more zip.

“And it took us time to come in at halftime and settle down. And say to each other: look, we know we’re better than this. We know we have the skills to make something happen. But right now our effort isn’t where it needs to be. And I thought we had a much better second half and played all the way to the very end, evidenced by the goal in the 79th minute.”

Said Benner of the goal: “(the guys were) not giving up, trying to get numbers forward, trying to get in the box, create something, and that’s what happened on the penalty. And Nolan did a good job of keeping his nerve and slotting it in the corner.”

Aidan McClure, who had a diving save with about 20 minutes to play in regulation, nearly had the shutout for Big Red.

“Aidan’s fantastic,” Benner said. “He comes up with some big saves when we really need him to. He’s got good range and good length. It’s unfortunate – the own goal we conceded was just a mixup in the box, but we’re gonna rely on (Aidan) this year and he’s gonna do everything he can to keep us in games.”