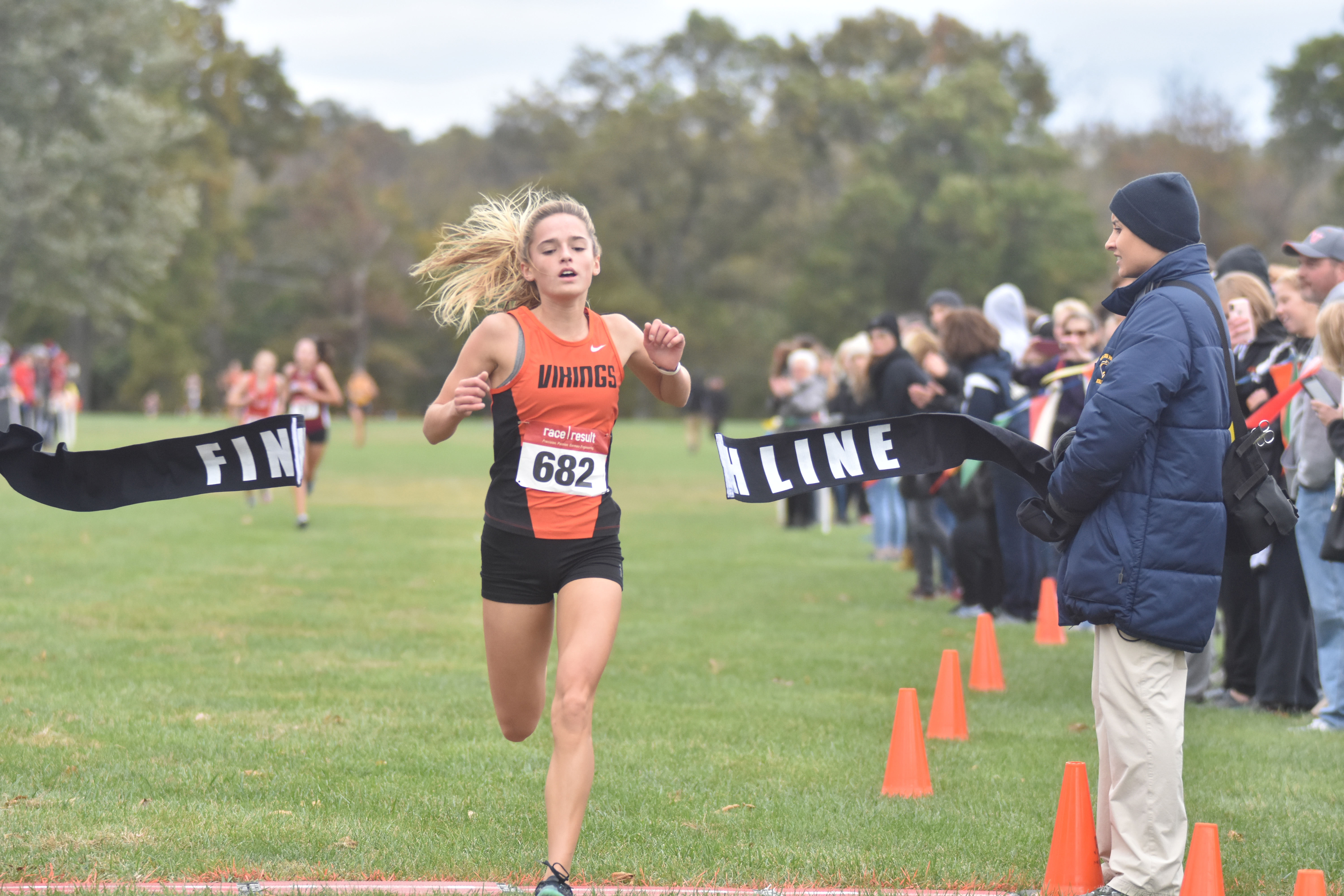 LOWER FREDERICK >> It was a different start to a season they hope will resemble those of the pre-COVID past.

Perkiomen Valley and Spring-Ford opened their Pioneer Athletic Conference seasons Wednesday on PV’s home course at Perkiomen Valley Middle School-West. They were joined by non-league entry Souderton, a member of the Suburban One League, which bolstered the fields for the boys and girls races.

The Spring-Ford boys and PV girls were the day’s big winners. Quinn Smith scored overall race honors for the Rams, who claimed five of the top six finishes in their 19-40 win over the Vikes, and PV swept the first eight spots against Spring-Ford en route to a 15-50 victory.

Smith covered the PV course in 17:14, putting him across the line five seconds ahead of Viking front-runner Thomas Bricker. On the girls’ side, the Vikes’ Summer Watts and Sienna Miller went 1-2 in respective times of 20:17 and 20:30, followed a half-minute later by teammate Allie Matasich (21:00).

“We work off each other,” Miller said. “As a team, we work hard and train hard.”

Smith admitted he and his Spring-Ford teammates learned of Souderton’s involvement in the meet as they were heading to it.

“I didn’t expect it,” he said. “My mindset was I had to work harder. I didn’t know the (Souderton) team as well as PV.”

“I just ran the race and did everything I’ve run and trained for,” Smith said.

Spring-Ford’s fastest female was Julia Breisch, 11th overall with a 21:44 that was one second off the 10th-place run of PV’s Allie Hurd.

“We push each other in our work,” Watts added.

“We have great competition in Suburban One,” Souderton head coach Dave Klein said, “but it’s nice to see new faces and courses. I wanted to see them compete, and they did.”

As a whole, the local runners relish the possibility of a season where schedule staples of previous years will be back on after being cancelled by the pandemic in 2020.

“We have the Abington Invitational Saturday,” Smith said. “It felt dry last year, running only PAC schools. It will push me to get better times.”

For Watts and Miller, having a PAC championship meet will be a nice accompaniment to the season … that and invitationals.