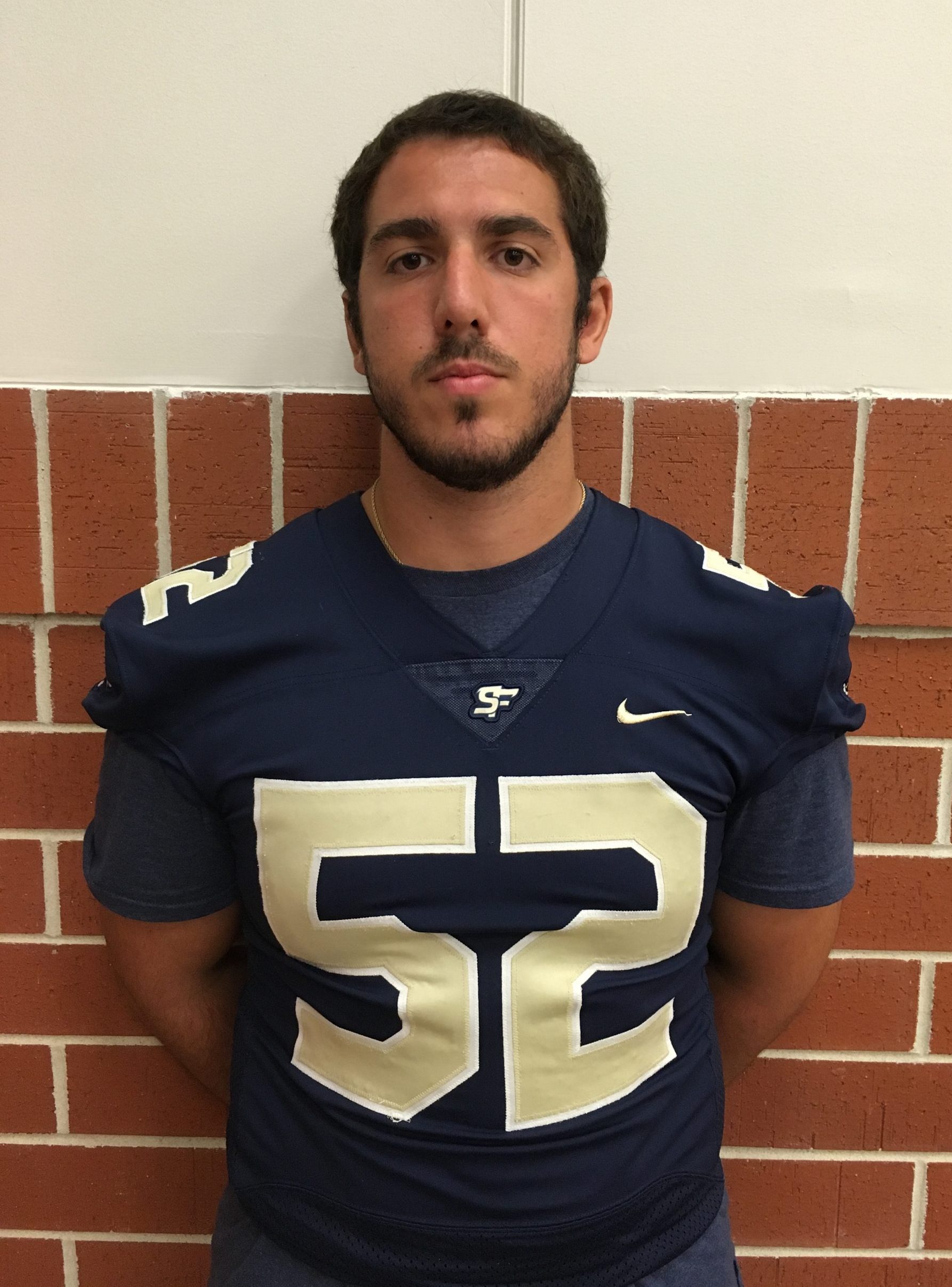 ROYERSFORD >> The story of PAC football in 2020 was the stingy Spring-Ford defense blanking three of their six opponents en route to an undefeated league championship.

Could we be in store for chapter two?

After starting the season with a 44-0 whitewash of West Chester East last week, the Rams offered little hospitality to District 3’s Chambersburg in their home opener Friday night, scoring another dominant shutout victory by a tally of 48-0.

Quarterback Ryan Freed set a career high with four TD passes, but the story of the night was the Rams’ front seven, who harassed Chambersburg’s two quarterbacks into three interceptions and registered (unofficially) 15 tackles for loss on the evening, holding the Trojans to 27 yards of total offense on the evening.

“As a unit, we know what we’re capable of doing – and that gives us confidence every time out because it’s not just one guy. It’s the whole group,” said Nicoline. “With only one real practice this week owing to weather and other circumstances, the Rams were extra-reliant on film study, which Shafer and Pajovich credited for some of Friday’s success.

“Our coaches draw up their formations, their plays,” explained Pajovich, “so when we get out there, we’re calling things out to one another. We recognize things from our study.”

Bendowski, the youngest member of the group, credited his elder teammates with allowing him to excel.

“I got some time at the end of last year,” he said, “and Ryan [Horvath], Donnie, everyone, they’ve helped me along. I’m grateful for all of them.”

Spring-Ford (2-0) travels to another District 3 opponent next week when they meet Cumberland Valley, who offered SF their toughest regular season game a year ago, a 20-14 Rams win at McNelly Stadium.

This time, the Rams’ vaunted defense will have an increasingly imposing companion — a passing attack with an experienced quarterback and a pair of reliable targets.

Freed finished the night 19-of-25 with 157 passing yards and four scores through the air. Two of them went to junior Zach Zollers (five catches, 46 yards), while Kolten Kqira led the team with six grabs for 60 yards. A somewhat quiet night on the ground for running back Harry Adieyefeh (16 carries, 45 yards) was softened by a four-catch, 32-yard performance through the air.

Chambersburg (1-1) was touted as a young team with promise, but next to no experience at the skill positions. The Trojans came in off an exciting, 16-14 season-opening win over Greencastle-Antrim last week, but quickly realized they were in for a different experience Friday night.

Strangely, their deepest penetration of the evening would come as they took possession off an ill-advised lateral on the opening kickoff. Spring-Ford lost the ball at its own 15, but shut down the Trojans for three plays, forcing an errant 34-yard field goal attempt.

It would become a theme. The Rams’ front seven dominated the game, allowing Chambersburg little breathing room and no first downs until the six-minute mark of the third quarter.

The trouble was that early on, the Rams’ offense repeatedly entered the red zone and came away empty. The absence of kicker Sam Herman didn’t help, but SF twice failed to convert in the red zone in the opening stanza.

“There was sloppiness early on, especially on offense, and I shouldn’t have made that call [on the opening kickoff],” said Spring-Ford coach Chad Brubaker. “But our defense did a heck of a job until we got our legs under us.”

That happened early in the second quarter when Freed found Zollers for an 11-yard score. The two-point conversion failed, but SF doubled the lead less than 90 seconds later when Chambersburg’s Jermere Jones was pressured into a rushed pass that went directly to Cole Turner, who saw nothing but daylight en route to a 25-yard TD return.

SF’s most impressive drive came right before half, a 72-yard venture that ended in Freed’s second TD toss of the quarter, this time a 4-yarder to Carson Bogdan. Will Fish brought in the conversion pass, making the halftime margin 20-0.

The third quarter was more of the same — two Freed touchdown passes, including Zollers’ second score of the evening, and dominant defense capped by a pick-six, this time Payton West cruising home from 36 yards. Gage Swanger was the recipient of the other scoring toss, expanding the lead to 42-0.

West added a second INT to set up Chris Brittingham’s three-yard run for the final points of the evening.

As Spring-Ford prepares to travel to Cumberland Valley, they do so with a familiar combination — a dominant defensive unit, and an opportunistic, improving offense.

“But we’re opening eyes around the PAC, around the whole area,” added Shafer. “We’re gaining confidence and getting closer as a team with each win.”