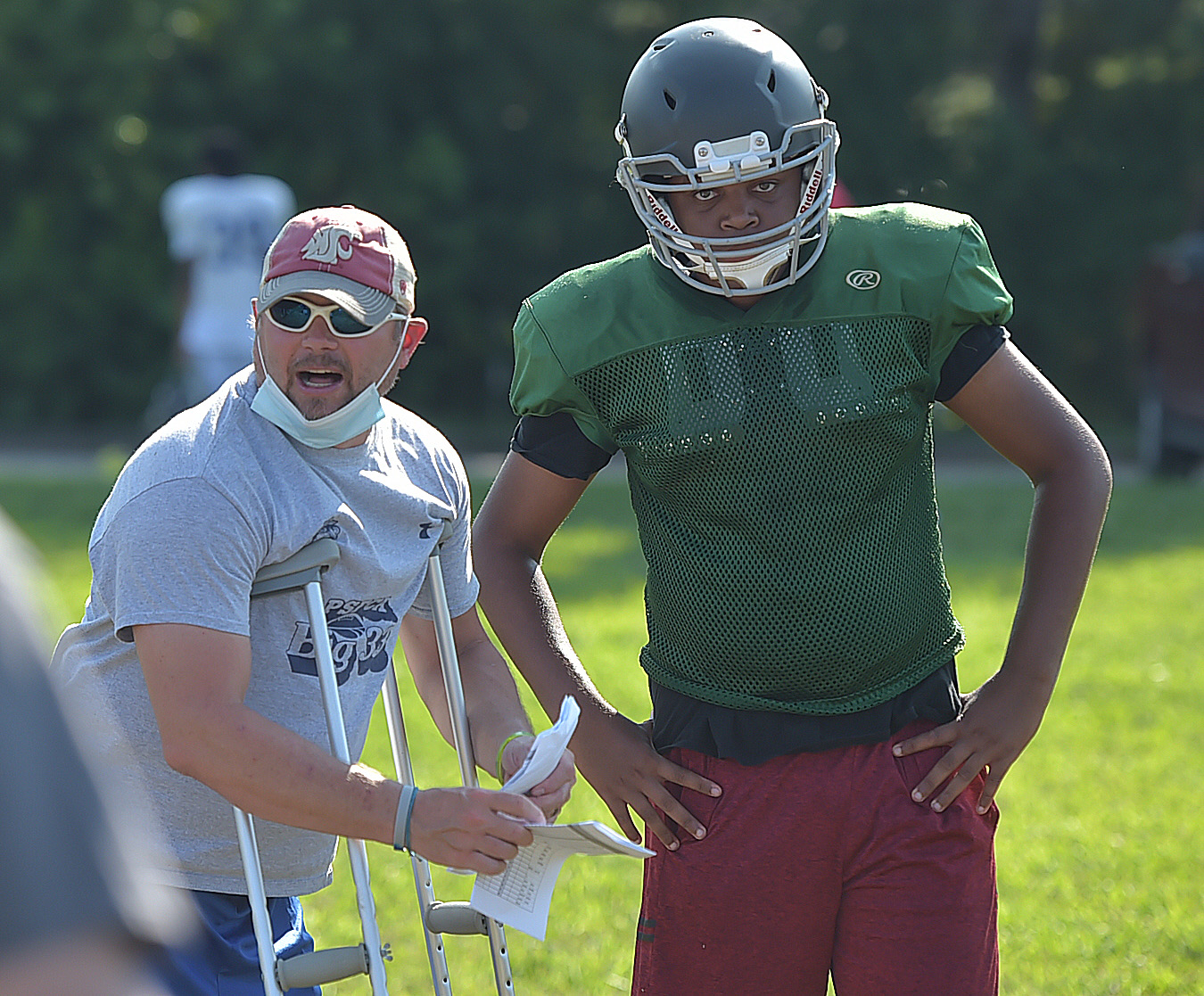 SHARON HILL — The standard approach of any high school football coach before a season opener is to hope for the best and be prepared to accept the alternative.

He never saw such dominance coming.

“I’ll be honest with you, I didn’t know what we were going to get,” he said. “And I was ecstatic.”

Just a day after officially winning the job, starting quarterback Darrell Fields threw for 131 yards and two touchdown passes, both in the second quarter.

Perhaps benefiting from having played in the spring, after missing the 2020 fall season amid coronavirus concerns, the Knights were not required to punt, were penalized just four times and never permitted the Falcons to threaten.

“We’re young,” said Pennsbury coach Dan McShane. “I hate to keep running around, using that as an excuse. But we’re really young, so we’re not ready for this.

“Jason is a great coach and does a good job. His kids are super-coachable and talented. They have the whole package.”

Ibrahim Sanogo scored two touchdowns for the Knights while chipping in with multiple thumping tackles. It took him just three minutes to roll in from the 15 for the lead. Fields tossed a TD pass to Kahlil Greenwood before a second Sanogo score in the Knights’ 21-point second quarter. Eric Willis capped it off with a 68-yard run on a gadget play out of the back field.

Willis hit Willis with another touchdown pass early in the third, and when Willis added a two-point conversion run, the Knights had a 35-0 lead, keying the speed-up rule. Willis ran for 105 yards on three carries and caught five balls for 88 yards.

Justin Dade, who was also in the hunt for the starting quarterback job as recently as earlier in the week, showed why with a four-yard keeper for a third-quarter score.

“We really weren’t sure who the quarterback would be until Wednesday or Thursday,” Vosheski said. “That was late, much later than we wanted. But they (Fields and Willis) are two of our better players.”

The victory was dampened by sounds of gunshots near the entrance to Knight Park after the game, leaving one juvenile dead, according to reports. Players from both teams were found to be safe, according to the coaches.