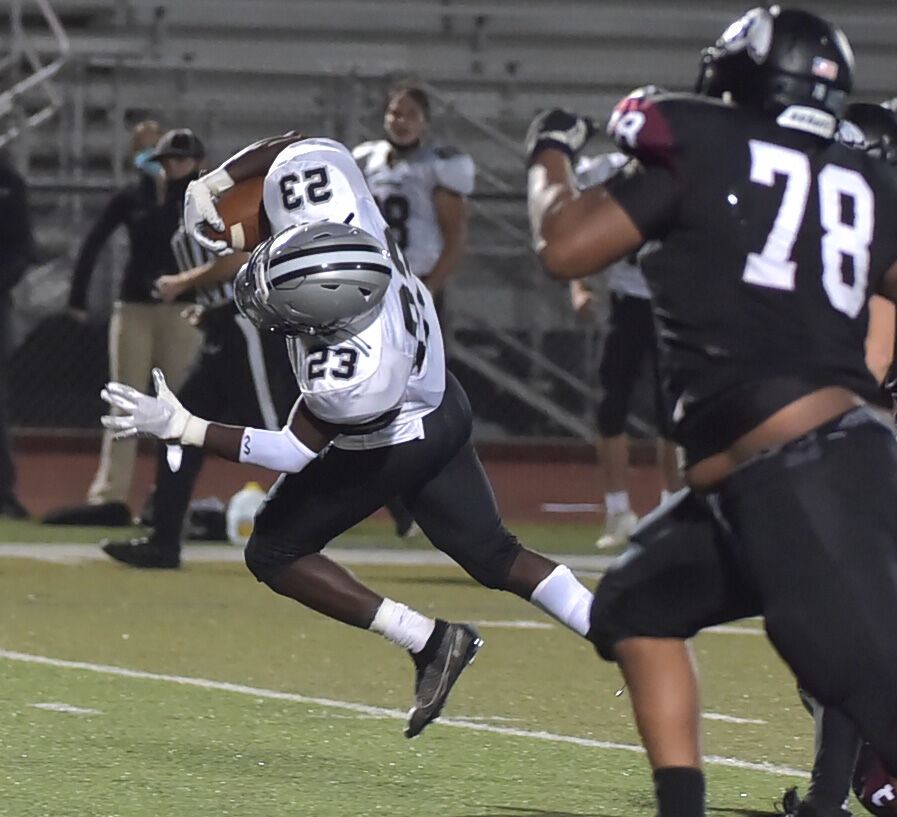 NETHER PROVIDENCE >> Kevin Clancy figured he had seen at least some of everything in his first 30 seasons as the head football coach at Strath Haven.

There were state championships and All-Americans, NFL pros-to-be and overachieving winners, good seasons, great seasons, some rebuilding seasons, and even the mini-season of 2020.

But Clancy never enjoyed the kind of sight that was before him recently as he gathered his Panthers on King Field to prepare for his 40th overall season as a head coach.

What the longtime coach at Strath Haven and Archbishop Carroll saw was a show of offensive line experience that has the chance to drive the Panthers to Central League success … and more.

Not only does Strath Haven welcome back every offensive line starter from a 5-1 team — including center Jack Beck, guards Nick Filos and Ethan Barrar, and tackles Jake Millett and Ben Farabaugh — but also tight ends (plural) Nate Perlman and Mason Green.

That’s seven returning offensive line starters, most with size, and all with the determination to block for halfbacks Matt Shuler and Chase Barlow in Clancy’s ever-dangerous Wing-T attack.

“We’re huge,” Barrar said. “We don’t want to take all the credit, but one of the reasons we did so well last year is because everything starts on the offensive line. We were all juniors. We had one sophomore (Farabaugh). I think we played really well and it really helped us out.”

With pandemic protocols reducing the Central League to a six-game sprint without district playoffs last fall, the Panthers could have lamented a missed opportunity, with their only stumble coming in a 33-27 loss at Marple Newtown. Instead, they took the challenge almost as a way-too-early 2021 preseason, allowing that strong offensive line to add to a comfort level that many had enjoyed since they were 8-year-olds with the Rose Tree Colts.

“It just kind of brought more excitement to us for this year,” Filos said. “It was good to have that season, but it was a disappointment, too, because I felt like we could have gone far in the playoffs. But we did what we could. It was really good to beat Haverford (in a crossover playoff game), and we were this close to beating Marple.

“That just gives us more confidence for this season.”

Junior Sam Milligan will replace graduated quarterback Jack Ryder, who ran for six touchdowns and threw for three in his abbreviated senior season. Milligan was a key piece in the Panthers’ District 1 Class 5A championship baseball team in the spring.

“Sam is a really good athlete, and he played on the baseball team that made a deep run,” Clancy said. “He’s going to be able to throw the ball and run the ball. He’s smart. He’s got leadership skills. He can throw. He can run.

“He is meant to be a quarterback.”

Junior middle linebacker Anthony Crawford will drive the defense, with Shuler and Barlow using their speed at the safety spots.

The Panthers must recover from the graduation of dominant fullback Jaris Adams, but Shuler has begun to draw FBS-level recruiting attention, with Lafayette among the earliest to hover. As a junior, Shuler scored seven touchdowns, five on the ground, and impressed with his burst and speed early in the summer camp. He was also the second-leading scorer on the basketball team last winter.

“I am very excited for this year,” he said. “With all five linemen back and another halfback back and blocking well, everyone seems excited. Everybody is hungry and ready to get rolling.”

The Panthers do have the steamrollers up front to get it done.

“That makes you feel good,” Clancy said. “We know we can get off the ball and run the ball. So there is a good attitude on the whole football team.

“With us, it’s always going to be about depth. But we feel good about the team.”