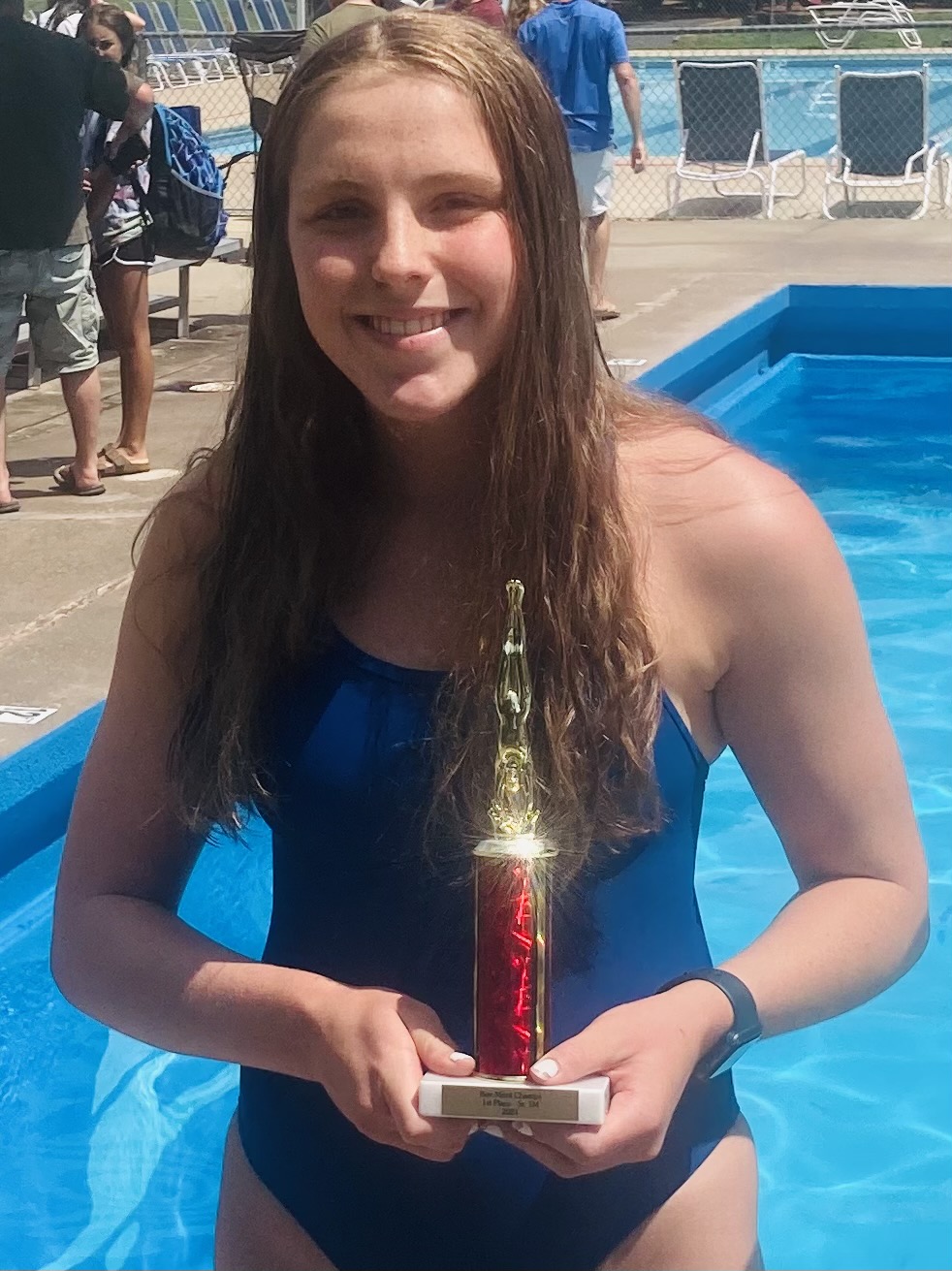 DOYLESTOWN >> All 23 competitors lined up side by side following Saturday’s Bux-Mont Senior Girls Diving Championship, and even that held special significance to everyone in attendance.
“Last summer, we didn’t get to compete (because of the pandemic), but this summer felt like normal,” said Nor-Gwyn’s Keira Allison. “You got to be with your friends, practice everyday, come to a meet and compete against people. And it was a lot of fun.”
Allison put on a tremendous show, amassing 231.75 points over the six-round meet to come away with the Senior Girls title on a sunny morning at the pool at Fanny Chapman.
“It’s really nice. I feel like I dove really well so it’s really special to do this, because everybody dove so well,” she said.
Host Fanny Chapman placed five divers in the top eight, led by Alexandra Charlton in second with 216.20.
Nor-Gwyn came away with two titles, as Brendan Keenan won the Junior Boys with 108.40 points.
This summer provided a welcomed return to the blocks and the boards.
“A lot of people came back even though we had a year off,” Allison said of the season. “It was nice to see some people that I haven’t gotten to see.”
Allison nailed her inward one and a half and also her back twister to stay in front.
“A lot of my teammates were here and I knew a lot of the girls from high school season,” said Allison, a rising junior at North Penn. “And there were just a lot of people I’ve met over the years.”

Lilah Kimmel of Fanny Chapman was third with a 186.70, Hatfield’s Eva Welsh was fourth (184.95) and Fanny Chapman’s Audrey Hitchens fifth (176.80).
The meet not only provided a capper to the summer season but also provided some nice momentum as the school season draws closer.
“It’s a lot of fun. I have a lot of friends there and you just create a lot of bonds,” Allison said of her time at NP.
Lansdale’s Addison Saylor put together a nice meet, scoring 169.20 for sixth; Fanny Chapman’s Chloe Gang (169.20) and Kaitlyn Gang (168.65) were seventh and eighth; Elizabeth Seely of Nor-Gwyn was ninth (166.55); and Molly Kearns of FC was 10th (163.95).
Nor-Gwyn went one and two in the Junior Boys, with Austin Dian grabbing second with 107.95, and Pennridge’s Brycen Hulse earned the bronze with a 103.0.
The Senior Boys and Junior Girls Championships will be held Sunday morning at Fanny Chapman.

All-Delco Swimming: Eruslanova, Christian made the most of difficult situations