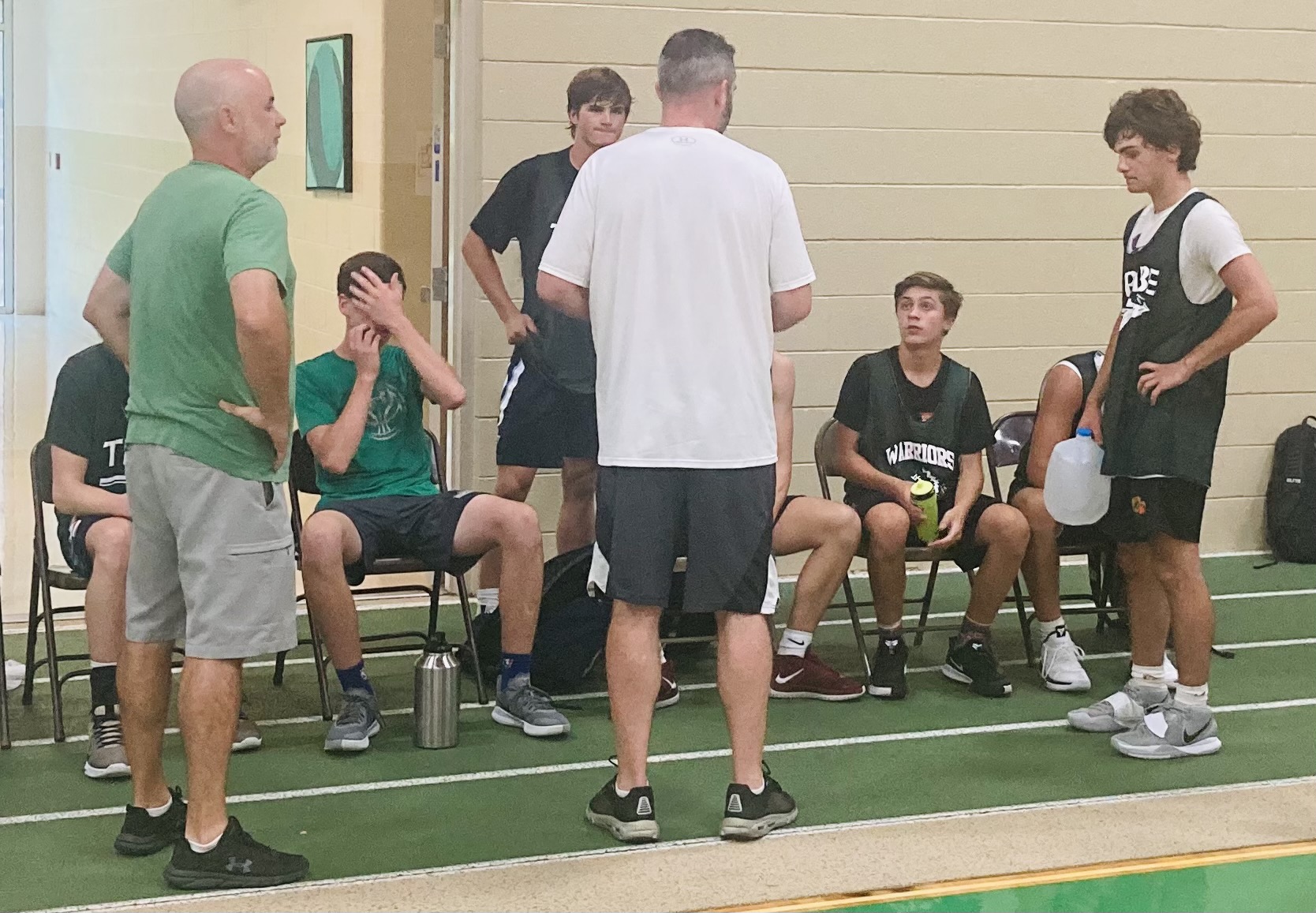 TOWAMENCIN >> For the most part, the hardwood has replaced the sun and sand for the Methacton High School boys basketball team this summer, and the Warriors are enjoying it.
Methacton has spent much of its vacation playing in multiple leagues, including the Dock Summer League. On Wednesday night, the Warriors produced tough defense in the first half and withstood a rally by Hatboro-Horsham in the second half to lock down a 41-35 victory.
Growth can be seen in many forms.
“We were missing some of our top guys but we found a way to pull that game out,” said coach Pat Lockard. “We jumped out to a big lead but then we started falling asleep a bit, getting complacent out there and we let them back in the game by not boxing out or not having the help-defense mindset, but we made enough plays down the stretch and secured enough rebounds to get the victory.”
The league plays through to July 28, and includes several local teams, including host Dock, Council Rock South, Faith Christian, Souderton, Jenkintown, Springfield Montco and Wissahickon, among others.
The Warriors are getting as much summer hoops as they can.
“That’s the big thing. We just wanna get out here and play,” said Lockard, who guided Methacton to an 11-7 finish this past winter and a trip to the second round of the District 1-6A Tournament. “The guys are doing a bunch of different things. We were in the PW League as well, so it’s a lot of basketball. I don’t expect the guys to show up to every single thing we do, but the guys that are here, I want them to play to the best of their ability. It wasn’t perfect out there but we did enough to win that game.”

There was a decent gathering of fans for all games Wednesday night, and a competitive edge shown by both teams. The three-point shooting heated up for both squads in the second half, but Methacton kept its poise and found its way to victory.

Said Alex Hermann, a rising sophomore who hopes to play varsity this coming year: “We played really good defense in the first half and we found a way to keep the lead the whole game.”
The players still have time for vacations and other activities, but they get to the court as much as they can.
“The guys are playing different sports and they’re doing a million different things out here, so I wanna make sure I’m not gassing my guys too much,” said Lockard.
Methacton looks forward to the challenges of the Pioneer Athletic Conference and possibly another run to districts.
During June and July, they try to build the team bond that will be so crucial down the stretch. Getting to know one another on the court is key.
“It gives a lot of these guys who haven’t played varsity basketball a chance to understand the expectations,” Lockard said. “For instance, not only do you have to switch with this defender, but you have to be over here in the gap to help your teammate on offense. A lot of these guys, it’s their first time out here playing, so I thought they showed a lot of effort and a lot of heart. That’s the biggest thing I asked them to do. They’re gonna make mistakes, but I want them to be hard, aggressive mistakes.”
Games resume at Dock on Monday, scheduled for 5:30, 6:30, 7:30 and 8:30 p.m.
Methacton looks to continue its surge as a group.
“Every offseason, you wanna try to develop that chemistry to the best of your ability. This is a great chance for these guys to do that,” Lockard said.