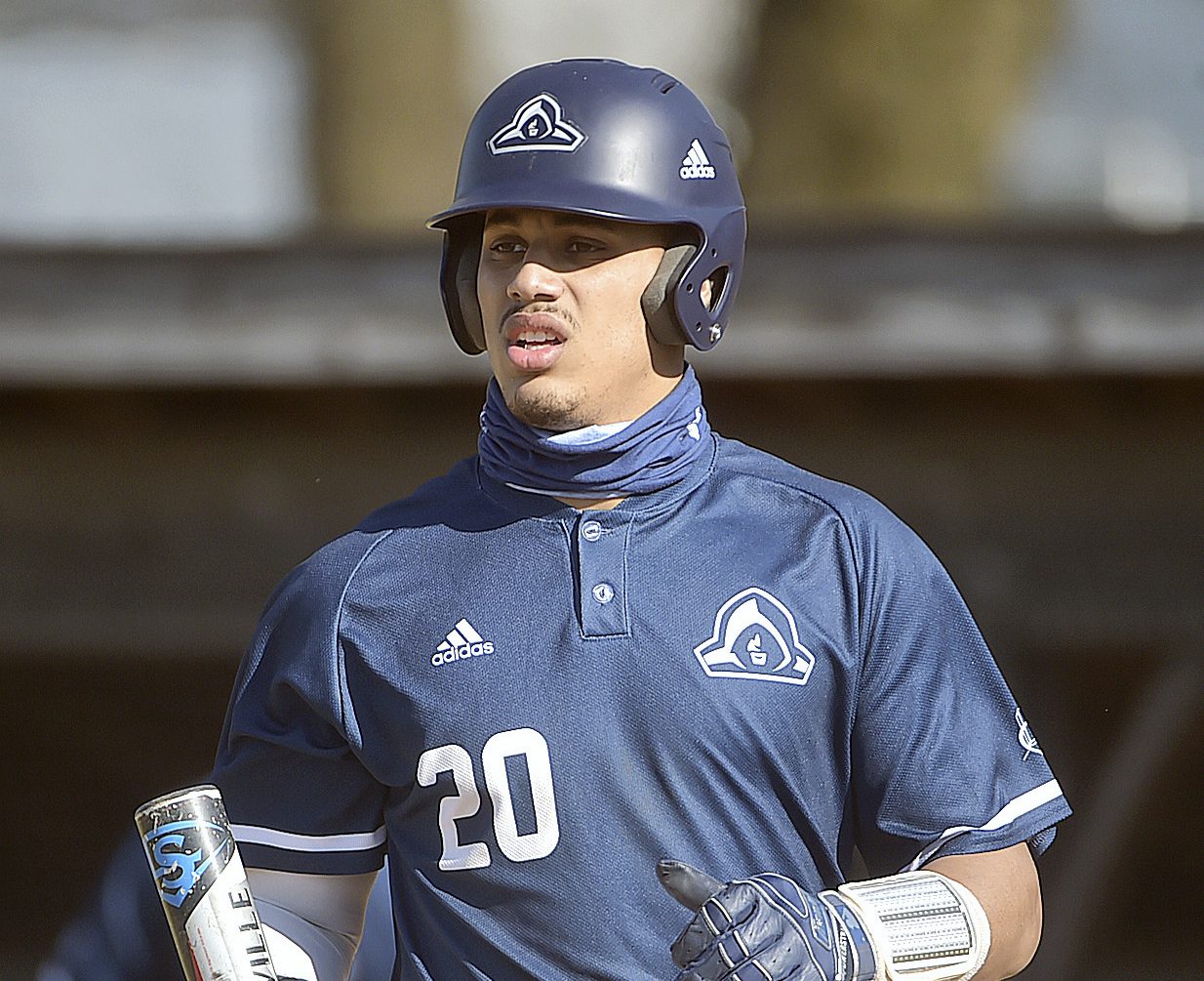 When one thinks of an exceptional athlete sometimes it is hard to adequately describe what is so special about them. The great ones are said to have “It”, that special quality that sets them apart from the average. Malvern Prep outfielder Lonnie White is definitely one of those special players. One glance out on the baseball diamond and you could see White is indeed, something out of the ordinary as he almost effortlessly glides after a fly ballot unleashes immense power to hit a long home run.

This past season White led the Malvern Prep Friars to a 26-4 record and the Inter-Academic League title. White hit a lusty .396 with a .537 on base percentage to go along with 32 hits, nine doubles, five home runs and 21 RBI. White also scored 33 runs and stole 23 bases. It is for these lofty achievements that Lonnie White is The Daily Local News Baseball Player of the Year.

And White accomplished those gaudy figures with the white hot glare of numerous Major League Baseball scouts eyeballing his every movement. When asked about the stress of those constantly inquiring eyes and the pressure of possibly being a first round MLB Amateur Draft pick possibly having to decide to play baseball or go to Penn State University, where he has a Division 1 scholarship to play football, White is just trying to stay in the moment.

“I really tried this spring to not pay attention to the scouts and just focus on my senior season playing baseball with my teammates,” White said. “I am just trying to take things day by day and see what happens in the draft. When it is football season I love to play football. when it is baseball season I love to play baseball. So, i am just taking things as they come.”

Malvern Prep senior Lonnie White slugged a two-run homerun in the first inning, he also hit this double in his second at bat.

While surrounded with many talented teammates at Malvern Prep, White clearly was at the head of the class but Malvern Prep baseball head coach Fred Hilliard said that White was a pleasure to coach and did not want the star treatment.

“Coaching Lonnie is an absolute treat,” Hilliard said. “Not just because he is the most remarkable athlete I have ever been around or because ehe is an incredibly gifted five tool player, but also because of how humble and coachable he is.

“With everything going on around him this spring season, he never once did not put the team first, taken a day off, or acted like he was more special than anyone else. Every day he shows up with enthusiasm to get better and he has a work ethic that is unrivaled and he is ultra supportive of his teammates and truly just wants to do whatever he can to help the club get better and win games. He is an incredible young man and we will miss him dearly.”

White excelled on not only the baseball diamond but he is a Division 1 scholarship player in football. The will have to make a big decision on his chosen path after the MLB draft. What is certain is that anyone who has spent time around White the last four years at Malvern Prep will never forget his exploits, his humble manner and his immense work ethic. He is a once in a generation athlete and he leaves quite a high bar at Malvern Prep.

Malvern Prep senior (20) Lonnie White slugged a two-run homerun in the first inning, he also had a double in his second at bat.