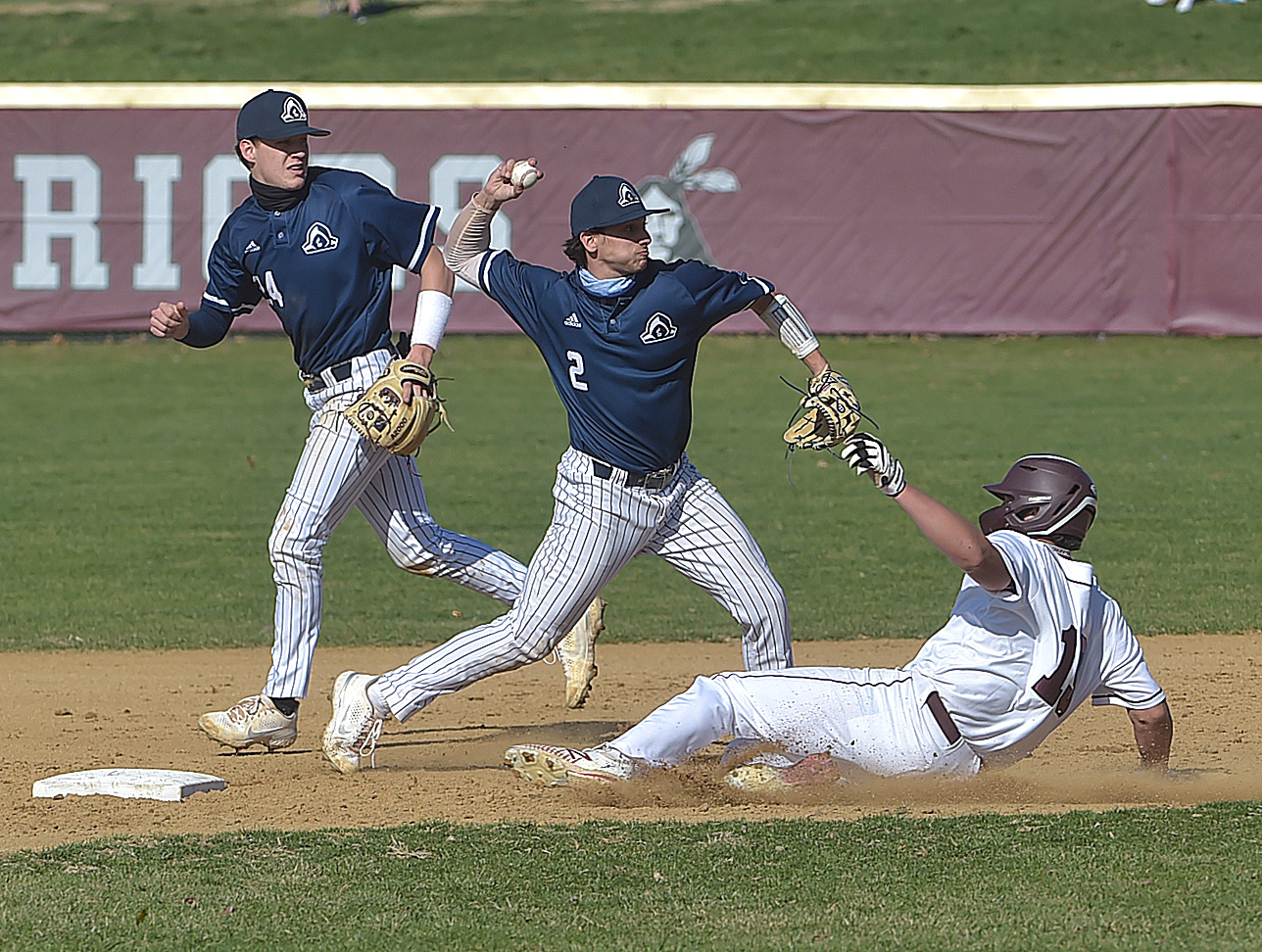 Oschel was the ace of the Friars staff. He was 7-1 and in 42 innings allowed just 28 hits, seven earned runs and had an earned run average of 1.15. Oschell will attend Duke University in the fall.

Smink was the best pitcher in the Ches-Mont League this season. The Warriors junior was 7-0 with a 1.40 ERA and had 84 strikeouts and allowed just 25 hits. Smirks Astony Brook University commit.

The best defensive shortstop in the inter-Academic League, Conley hit .405 with 32 hits, seven doubles and three home runs. Conley will attend Pepperdine University in the fall.

Morton had a big year for the Hornets, hitting .413 with two doubles, two triples and five home runs. Morton will attend Old Dominion University in the fall.

The Red Devils leader hit .438 with eight doubles, one home run and 11RBI. Lincoln also scored 11 runs despite missing the last part of the season due to an arm injury.

The biggest base hitting threat in the Ches-Mont League, the Longhorns center fielder hit .478 with 28 hits and he also swiped 29 stolen bases.

When one thinks of a head coach the best qualities can be honesty, perseverance and attention to detail. This season the Malvern Prep Friars baseball team compiled a gaudy 26-4 record against arguably the toughest schedule in Pennsylvania. And the Friars also captured the Inter-Academic League title and were generally regarded as one of the top two or three teams in the state. It is for these accomplishments that Fred Hilliard is The Daily Local News Coach of the Year.
Hilliard’s teams always do the little things that add up to wins. from bunting the baseball properly to running the bases, to moving a runner with an opposite field fly ball or grounder, Malvern prep was always right on point and that comes from the top. Hilliard said he was very lucky to have this dedicated and focused group too 15 seniors this season.
“When you have special players the reason they are special is because they do not want to be treated as special,” Hilliard said after the friars captured the inter-Academic championship. “We had 15 seniors who set a great example every day at practice fo the younger guys. I am blessed to be around a group like this.”
Since Hilliard has taken over the Malvern Prep program, the Friars are constantly one f the best teams in the state and routinely are ranked among the best baseball teams in the country. It is by no accident that all this has occurred under the stewardship of Fred Hilliard.