Mercury All-Area: Dani Hayes pitches in like never before in super senior season for Daniel Boone 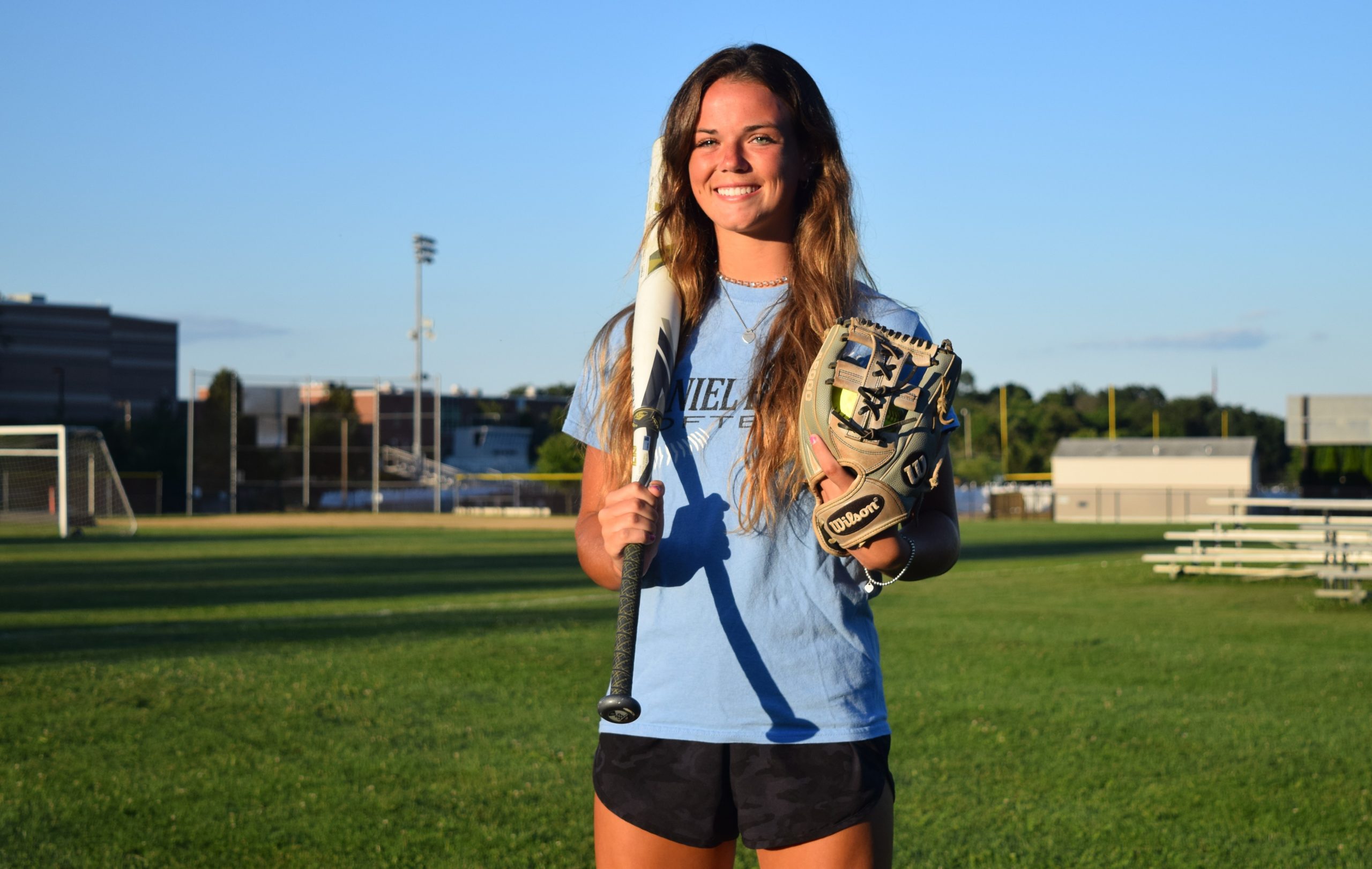 Dani Hayes is always up for a challenge.

What a stroke of good fortune that was for the Daniel Boone softball team this spring.

Hayes was already a proven commodity from two years ago when she starred as a middle-of-the-order bat and reliable shortstop in an All-State and All-Area first team sophomore season.

But Blazers head coach Lee Trythall had a hole to fill for the 2021 season and the options were limited.

So what greater curveball to throw Hayes’ way than to ask her to throw one?

“When Coach Lee asked me to pitch, obviously I was down for it,” Hayes said. “It was my senior year and I wanted what was best for the team to help us go as far as we could.”

The Stanford recruit says ‘obviously’ like everyone would just jump at the prospect. Not a chance. A softball pitcher doesn’t even have the same throwing style as everyone else.

“For travel, I mostly play outfield and it’s all long throws. In school ball, I think the longest throw I made was from home plate to first,” Hayes said.

Daniel Boone pitcher Dani Hayes delivers to the plate against Twin Valley in the BCIAA final at Lyons Field on May 20. (Austin Hertzog – MediaNews Group)

With their open-minded star player fully invested, Hayes kept the Blazers in games with her arm and dominated with her bat while leading Daniel Boone to the Berks I title, the Berks County championship game and a spot in the PIAA Class 5A tournament this spring.

Pitching wasn’t entirely foreign — she played the position until she was 12.

Hayes had her hands full upon getting the request to get back in the circle in January. It was a work in progress all season, all while battling through the hip trouble and shin stress fracture that were byproducts of the jarring shift to pitching.

Without high-end velocity, keeping hitters off balance with the changeup would be the name of Hayes’ game.

“It takes an elite kid, like a Dani, to hit changeup pitchers,” said Trythall. “She had some things that didn’t work in her favor, but she worked and worked and she came up with the changeup and for the most part was throwing it for a strike when she needed to.”

Most elite players good enough to play for a program the level of Stanford would have too much ego to put themselves into an uncomfortable position.

“Not Dani,” Trythall said. “She didn’t care. Dani really is that kid. She grabs the (weakest) kid and has a catch with her, she picks up the bucket at the end of the day. … I’m even more thankful to have had Dani as a kid than Dani the player. Players come and go, but the kids who are as good and as nice as Dani are few and far between.”

Trythall credits Dani’s parents, Thomas and Camille Hayes, for those traits on and off the field. Camille Hayes is the President of PA Strikers and coach of the 18U National team her daughter plays for. The team plays a truly national schedule with tournaments in Kansas, Illinois and California among them and is composed of the region’s top recruits.

It’s a softball family through and through: older sister Sydney Hayes, a 2018 Daniel Boone graduate, was a starting outfielder this spring for Big East champion and NCAA tournament qualifier Villanova.

“My favorite year was playing with my sister,” Dani Hayes said of the 2018 season their high school careers crossed over. “Me and my sister have bonded so much, being able to play with her and not against her or just practicing with her was really nice.”

Pitching may have presented a new challenge, but with the bat in her hand Hayes was undeniable.

“I just went out to hit the ball. I didn’t care if it was a home run, a single, I just wanted to get on base and score some runs for the team,” she said. “When I would have big games I was feeling pretty good about myself. But then I’d have bad games, too. But I always knew that same player was down there and that would help me bring myself back up.”

With other returning starters from the 2019 team including Kristen DiNolfi, Amber Williams and Hailey Kaba, the Blazers lived up to billing by running the table in Berks I.
Hayes considers Boone’s 4-3 win over Hamburg in the Berks semifinals when it bested pitcher Haley Gravish and reversed an 8-2 regular-season drubbing to be the team’s best win of the year.

Despite missing the chance at a Berks title when they fell to Twin Valley in the final, 5-0 on May 20, the Blazers battled their way through the District 3 playoffs to earn a place in the state tournament. Their season ultimately ended in the first round via shutout to West Chester East.

“I’ve been playing with at least half of the team since we were 7 and 8,” Hayes said. “So the chemistry was there from the beginning. Having them behind me and having my back — everyone can hit, top to bottom — and everyone behind fielded, too. Together, we made our run as a team and it wasn’t just one person who brought us there.”

True. But it sure didn’t hurt having their best player say she would do whatever she can for the team and mean it.